Which States Are Holding Their Cities Back? – Next City

Which States Are Holding Their Cities Back? 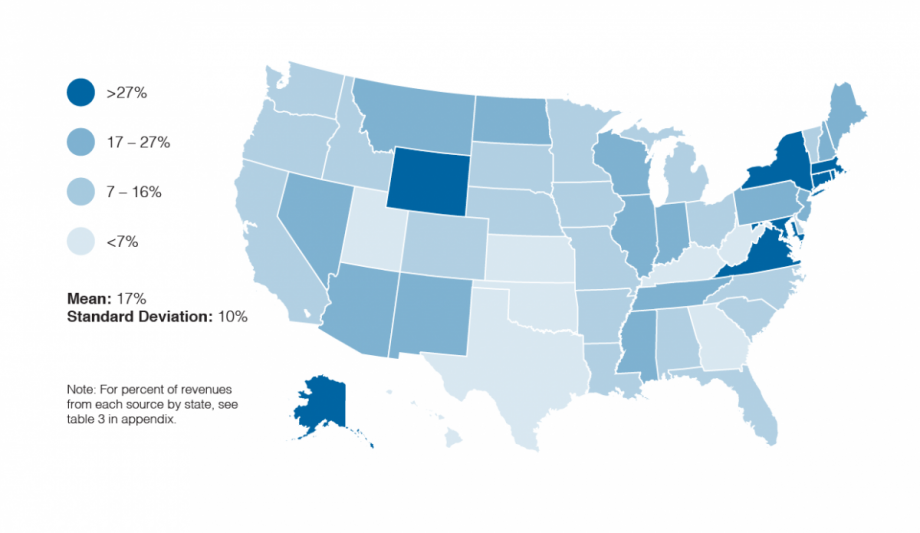 The dangers of underfunded pensions continue to loom over many cities, and budgets and economic development rank at the top of the list of things that keep mayors up at night. In a survey of municipal finance officers last fall, 80 percent said cities were “better able” to meet financial needs last year, but despite this, revenue was projected to remain flat for 2014.

According to the National League of Cities, states may be keeping their cities from bouncing back from the recession. The League’s new report, “Cities and States Fiscal Structures,” found that no state has expanded the fiscal authority of its cities since the start of the recession.

“The … report supports the fact that cities and towns need more fiscal autonomy to balance their budgets, create economic growth and meet their communities’ needs,” Clarence E. Anthony, CEO and president of the National League of Cities, said in a statement.

Idaho, Maine, Massachusetts, New Jersey and Rhode Island are among the states classified as “behind the pack” in the study, while Alabama, Missouri, New York and Pennsylvania give municipalities more authority, thus putting them in the “ahead of the pack” category.

According to the study:

City finances have been slow to recover from the recession in part because of continued constraints from states on cities’ ability to raise revenues. hinder cities’ fiscal autonomy by providing limited access to tax sources, placing caps on tax revenue and cutting aid.