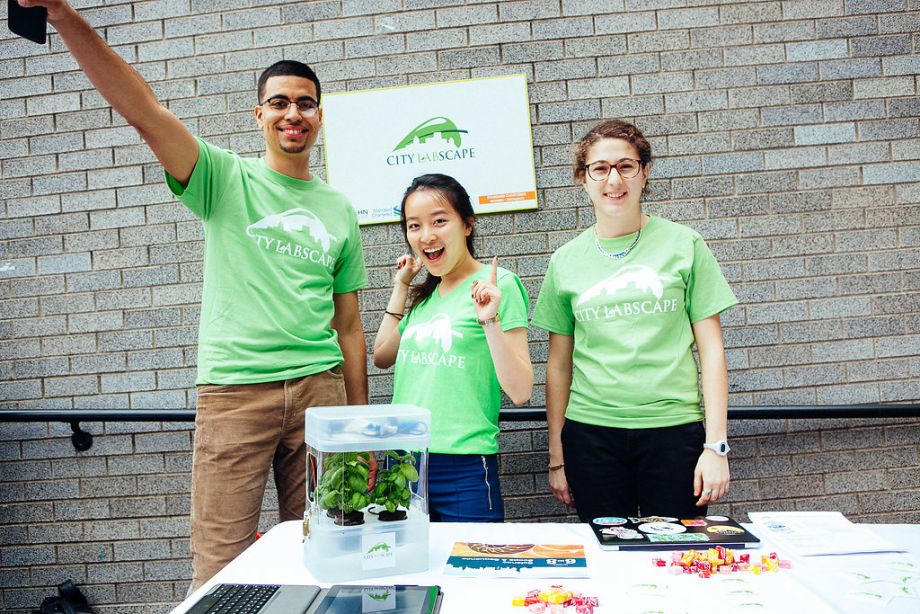 Some students leave college with a degree and a jobs wish list — and some walk away with a business or an established entrepreneurial track record. Among the latter: many students involved in the City College of New York’s Zahn Innovation Center. The incubator, established in 2013, helps students with startup capital and developing their business ideas. At a May pitch competition, four groups won a total of $150,000 in seed money for their startups.

The incubator has launched over 100 startups, in tech, social impact and hardware.

City College of New York is home to about 16,000 students, 68 percent of whom are low-income. Thirty-two percent of the student body is Hispanic, 22 percent African-American, 22 percent Asian, and 24 percent white.

Recognizing a lack of diversity in the startup world, as well as problems with limited access to capital and mentorship, colleges in cities across the U.S. have added such incubators to the mix of higher education. Some partner with and support a local nonprofit’s efforts. Others partner with city governments, and some, as with Zahn Innovation Center, launch their own on-campus hubs.

The center, according to Olives, is “a way for students to take what they learn in the classroom and apply it to the ‘real world.’ And it gives them a space to seek solutions for the issues they’re most concerned about.”

For example, take four students with a similar interest in addressing the varied challenges that people with illnesses and disabilities have to face. Amanda Bernstein, Ralph Hertz, Sam Tran, and Ankush Thakur, of the S.M.A.R.Tech team, developed an activity tracker that monitors daily therapy tasks for patients with cerebral palsy. They won the largest prize at the May competition, $50,000.

“Winning the prize is the difference between us being well on our way to a sustainable company in 2018 instead of 2020,” Hertz says.

In addition to the pitch competition, Zahn offers a co-working space, mentorship and rapid prototyping facilities, among other resources.

“We have an amazing support network and really great mentors that helped us move this project forward, finding out what exactly our market is, how we fulfill that need, figuring out the logistics for the business, connecting us with outside mentors and partners, providing prototyping facilities that we’ve used,” Thakur says.

Hertz’s mom has Type 1 diabetes, and for him, it’s been a dream to develop technology to assist people who have medical challenges in performing daily tasks.

Tran, who came to the U.S. from Vietnam about six years ago, says witnessing a lot of the aftereffects of the Vietnam War prompted him to want to figure out ways to use his skills and education to help people back home. Ankush was born in India and came to the U.S. when he was 4, and is bringing together his initial desire to become a doctor with an interest in both physics and technology.

Olives says the most recent Zahn cohort was big on collaboration. “Many of them shared skills so that everyone could take their prototypes and ventures to the next level,” she says.

The students from SyStem and City LABscape are a good example of collaboration.

Adrian Logan and Alex Babich won a $25,000 prize in the social impact category for SyStem, a computer-controlled garden that grows food in an acrylic box without soil or harmful chemicals. For every aspect of plant growth, the computer will adjust to make sure the right amount is applied in the box. For example, if the pH is too low, the computer will raise it to the level that will be most beneficial to the plant.

The team is trying to address both current and future food access problems. “The food should be growing where the people live,” Babich says.

Another team, WrkBook, aims to bridge the gap between contractors and workers. Potential employees create profiles on a website, and they’re matched with companies based on their skills. Two of the team members have relatives who work in construction and who inspired them to identify the problem to be solved.

“Our number one mission is that we’re trying to help people get jobs,” says WrkBook’s William De Andrade.

The winning teams will continue to develop their products, services and businesses at the incubator.