St. Louis Could Be New Testing Ground for Airport Privatization – Next City

St. Louis Could Be New Testing Ground for Airport Privatization 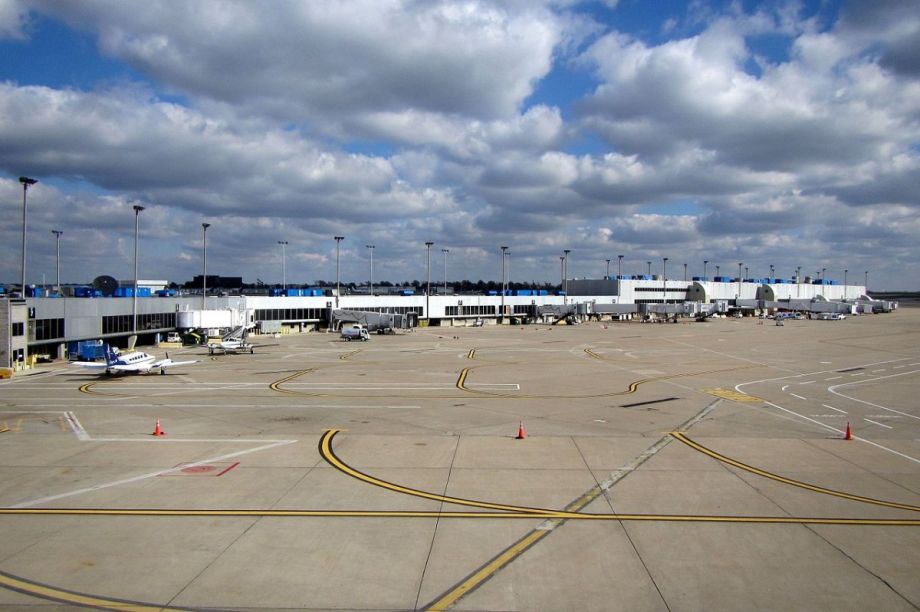 In what would be a rare move for a U.S. city, St. Louis might privatize its airport’s operations. Former Mayor Francis Slay first proposed privatizing St. Louis Lambert International Airport earlier this year as part of the Federal Aviation Administration’s (FAA) Airport Privatization Pilot Program. Current Mayor Lyda Krewson has picked up the torch and is creating an advisory team to decide if privatizing makes sense.

As with nearly all commercial service airports (in other words, the ones that you and I fly in and out of on commercial airlines), Lambert is publicly owned and operated, in this case by the city of St. Louis. Public airports rely on federal funding, which in turn comes with tight restrictions on how revenue may be spent. Privatization could theoretically allow St. Louis to invest airport revenues in much broader ways.

Linda Martínez, St. Louis deputy mayor of economic development, says recent investments they’ve made in the airport have helped pull it out of its post-9/11 slump and passenger traffic has grown. But, she says, “We want to do even better. Can we do a better job offering flights to the public, with cargo flights, with economic development around the airport? We’re exploring whether a private operator who has access to private capital that the city doesn’t have access to could do better.”

The idea is that the city would retain ownership of the airport and lease it to a private operator. It’s a fairly common model in Europe where 40 percent of airports have at least some private shareholders. The FAA’s Airport Privatization Pilot Program began in 1997 and allows public commercial service airports to lease operations to private companies. Just 12 airports have applied to participate in the past 20 years and only two went through with the move.

Though Lambert has seen passenger growth recently — the St. Louis Post-Dispatch reports a 10 percent rise in passenger traffic from 2015 to 2016 — the airport is still recovering from the loss of Trans World Airlines (TWA). Lambert was TWA’s main hub from 1982 to 2001, when the airline filed for bankruptcy. American Airlines bought TWA in 2001 and shut down the hub in 2003. Lambert went from over 30.5 million passengers in 2001 to 13.4 million in 2004 (but nearly hit 14 million passengers in 2016).

Airports charge airlines a landing fee for every plane. It is one of a few important revenue streams for the facilities. Officials calculate the fees based on the total annual airfield maintenance costs and the weight of each airplane. The fee is structured as a dollar amount per 1,000 pounds of airplane weight. As such, the busier an airport, the lower the fee because the fee is being spread out among more airplanes.

For comparison, Ryerson says in 2015, Lambert’s landing fee was about $10 per 1,000 pounds. Atlanta’s Hartsfield-Jackson Airport, the world’s busiest, charges just 66 cents per 1,000 pounds.

In order to be more competitive, St. Louis can offer incentives to airlines to offset the landing fees. But because of FAA regulations, they are limited to using “non-aeronautical” revenue, such as that raised by parking fees or concessions, to pay for those incentives.

“St. Louis has been trying incredibly hard to use its non-aeronautical revenues to recruit new service. But they have not been as successful as they would like to be,” Ryerson says.

Privatization could loosen the restrictions on aeronautical revenues, and allow St. Louis to invest more in incentives to grow passenger traffic, or invest in economic development outside the airport.

Martínez says the FAA pilot still places some restrictions on how revenue can be spent and that, “the agency’s thumb is on the scale to emphasize infrastructure investments.”

If the city does ultimately pursue a public-private model for Lambert, the change won’t happen right away. St. Louis is selecting its advisory committee on Oct 20. After that there will be months of outreach to St. Louis residents, the many airport users outside the city, elected officials, businesses and the airlines. The plan will first require approval from the Board of Alderman and the Board of Estimate and Apportionment as well as from the FAA.