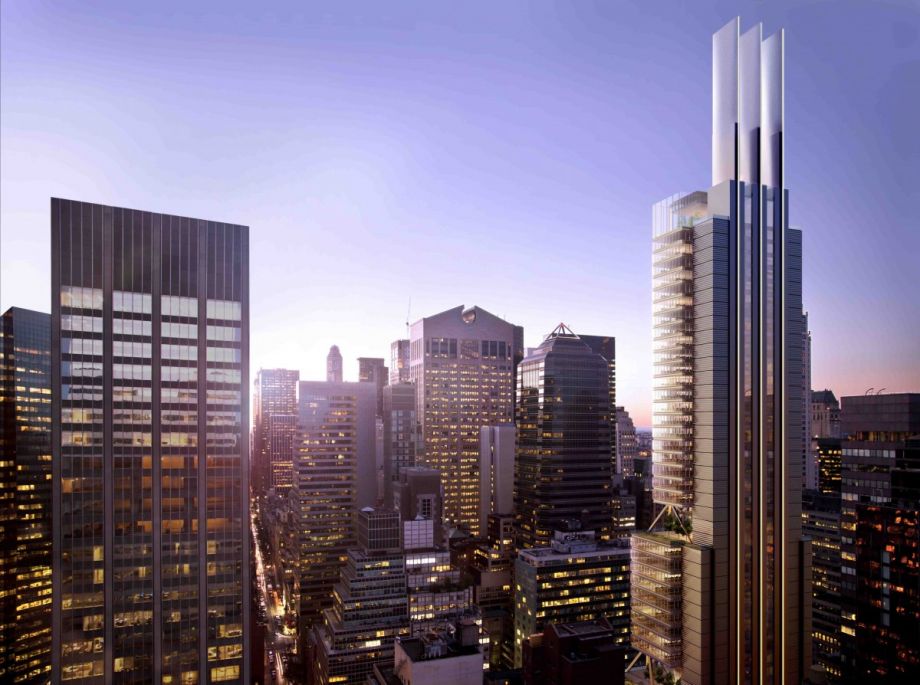 Late on Tuesday afternoon, the New York City Council shot down Mayor Michael Bloomberg’s last major land use initiative, the rezoning of Midtown East. These zoning changes would have made room for approximately 3.8 million square feet of new office space in one of the most in-demand neighborhoods in the country.

Perhaps more importantly to the next mayor, the rezoning would have been an opportunity for New York City to do something it hasn’t done in decades: Make room for new office towers that actually pay their full property taxes.

Reading Council Speaker Christine Quinn and Councilmember Dan Garodnick’s statement on the move, you’d think the city were getting a bad deal out of the rezoning. “Among other issues, we remain concerned with the price, methodology and timing of the air rights to be sold by the City for the District Improvement Bonus,” the statement reads.

While you can quibble over air rights, the undeniably reality is that the failed rezoning would have been the best fiscal deal New York has gotten out of new office towers in a long time.

To understand why, you need to know a bit about the history of Midtown real estate and the city’s decades-long policy of encouraging subsidized office development on the west side — a history to which Quinn happily contributed with the rezoning of Hudson Yards — while discouraging towers that would pay full freight on the east side.

Ever since Manhattan’s commercial center moved north from the Financial District and, later, the Madison Square area in the early 20th century, Midtown East has been the most desirable office district in New York. From Terminal City and the Chrysler Building in the 1920s to the bankers and hedge funders today who pay $200-per-square-foot rents for sweeping views of Central Park, the east side, especially around 57th Street and Fifth Avenue, has been and will remain for the foreseeable future the priciest part of Midtown.

The area boomed with construction in the 1960s. Soon afterward, with Midtown East suffering from the overcrowding (two elevated lines, on Second and Third avenues, were torn down) and some dismayed at the bulky towers going up on wider streets, the city sought to rebalance Midtown and spread some of the wealth around to the west side. The 1982 “Special Midtown District” encouraged development on the west side by suppressing it on the east, “downzoning” the latter area to disallow the densest towers from rising.

It worked. According to the Department of City Planning, around three-quarters of all new development since 1982 has been outside Midtown East, and especially near Times Square.

But it came at a very high cost. On the east side, builders were eager to throw up massive office towers and pay full commercial property tax rates on Park and Fifth avenues. In fact, some were and still are so desperate that they would rebuild towers without a single extra square foot of space, keeping the bottom quarter of the building intact to meet a zoning loophole that allows them to rebuild “overbuilt” structures without downsizing them.

Over on the west side, where demand was much weaker, they wouldn’t — and still won’t, with the exception of the area around increasingly luxurious Columbus Circle — build without tax breaks and other incentives.

The area around Times Square and West 42nd Street has seen the most tax abatements, with the city and state handing them out like candy as late as the early 2000s. The Condé Nast Building, for example, should pay $32 million a year in taxes. But thanks to abatements, the building’s owners made only around $6 million in annual payments to the city in the mid-2000s. (More recent figures were not immediately available, but since the abatement is still in effect, the numbers likely haven’t changed much.)

It’s not just in Times Square. Developers of the Bank of America Building at 1 Bryant Park, completed in 2009, benefited from eminent domain and hundreds of millions of dollars in “Liberty Bonds” earmarked for downtown after 9/11. The building also gets a $14 million discount on its $52 million yearly tax bill. Downtown office builders were lavished with similar deals, as the World Trade Center redevelopment has shown.

Then there’s Hudson Yards, the granddaddy of Bloomberg-era subsidies to office developers. The massive swath of land west of Eighth Avenue was rezoned to allow around 25 million square feet of class A office towers to rise. In the coming years, all of the revenue generated will be used to pay off billions in bonds for the 7 train extension, with not a cent going toward schools, parks, police and other general city services.

On top of that, builders are receiving abatements of up to 40 percent. These abatements step down as new office space is created, but with demand for new space lagging it’s still an open question whether the lesser-abated office towers will rise any time soon. (The least-generous deals, with only 15 percent abatements, appear unlikely to happen for at least another decade.) To say nothing of the bond payments the city will have to make on their behalf until they do.

The Bloomberg administration — along with the brains behind Hudson Yards, former deputy mayor and now Bloomberg L.P. chief Dan Doctoroff — had originally planned on office towers paying for the 7 train. But like so many developers and politicians before them, they overestimated the demand for space on the west side, and towers have been slow to rise. So far the city has been on the hook for hundreds of millions in bond payments, and will continue to shell out for the train until the first towers open for business in a few more years, a decade after the rezonings.

Compare all these deals to the now-dead (or perhaps delayed) proposal for Midtown East. Not only would the office towers not have received any tax abatements, but the $500 million in infrastructure funds would have come on top of regular property taxes, not instead of them like at Hudson Yards. Each new unabated tower sends tens of millions of dollars to the treasury every year — money that the incoming Bill de Blasio administration could desperately use. Between next year’s estimated $2 billion city budget deficit, union demands for $7 billion in back pay, de Blasio’s $340 million annual pre-kindergarten pledge and a plethora of other needs, the next administration could desperately use this cash.

If Quinn is so concerned about the city getting the best deal for development rights in Midtown East — Bloomberg’s proposal was to sell the infrastructure air rights off for $250 per square foot, or more in the case of more valuable residential square footage — why did she sign off on decades’ worth of new office space that won’t send a single penny to city coffers for years? Hudson Yards, after all, falls within her own council district.

Many cast the Midtown East upzoning as Bloomberg’s legacy, spurned by politicians in his lame-duck period. It seems, however, that the rezoning was never the administration’s priority. If it had been, Bloomberg would have proposed upsizing Midtown East earlier, when it actually stood a chance of passing. Rather, the sequence of his rezonings suggests that Hudson Yards — a neighborhood of shimmering, tax-abated class A office space that he could call his own — was what he and Doctoroff wanted most, fiscal rectitude and market demand be damned. Midtown East was an afterthought.

De Blasio, cheering on the rejection of Bloomberg’s plan, said that he intends to submit his own proposal to the City Council by the end of 2014. It will likely involve minor changes: A bit higher of a price for air rights, maybe a little more transit money upfront, a bone thrown to those who want to make sure new hotels in the area are union-staffed. Once he confronts the fiscal mess that Bloomberg is about to hand off, he’ll see that the old plan was a pretty great deal to begin with.