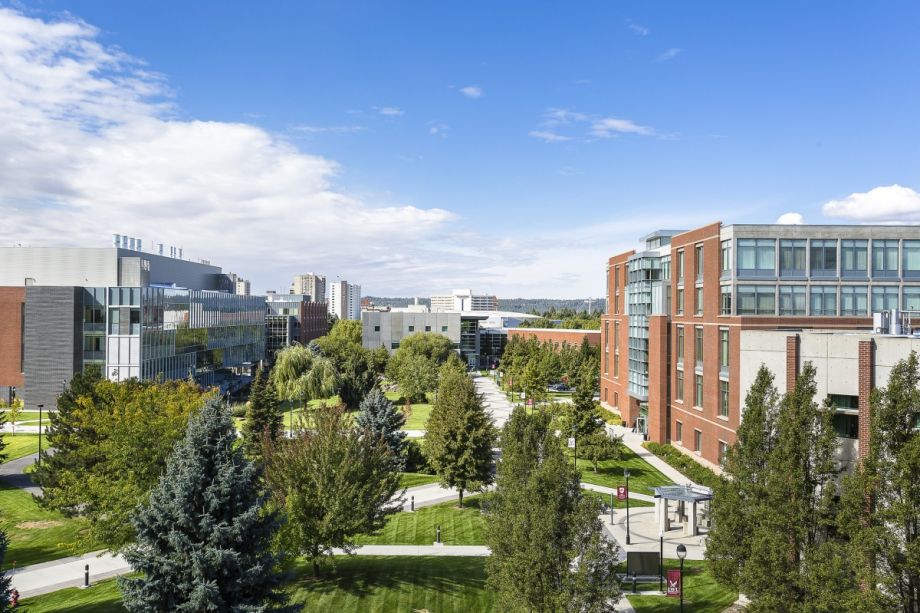 A new smart cities lab in Spokane, Washington’s University District will take on connected streetlights and the shared energy economy, but first and foremost, the public-private-university partnership will try to answer some of the thornier questions around smart cities collaborations. When a privately owned utility installs air quality sensors on their streetlights on city sidewalks, who owns the data? Who governs the partnership?

“A lot of this is in process. We have a memorandum of understanding that really covers our collaboration, but we’re getting into the heart of the data governance and the data model,” says Sharelynn Moore, vice president of global marketing and public affairs at technology giant Itron, headquartered not far from the city of Spokane.

Itron is the technical partner in Urbanova, the newly announced name for the smart cities collaboration. Avista, an investor-owned natural gas and electric utility serving Eastern Washington, northern Idaho and parts of Oregon, is another of the six founding partners, as are the city of Spokane, developer McKinstry, the University District Development Association, and Washington State University (WSU).

Together, they’re planning to turn Spokane’s University District into a laboratory for smarter, more connected infrastructure. Spokane is Washington State’s second-largest city, closer to Idaho than to Seattle, and best known for its high concentration of quality universities — two private, four public — with particular strengths in engineering, agriculture and human health. As Heather Rosentrater, vice president of energy delivery and customer service at Avista, points out, Spokane also hosted the 1974 Expo, making it the smallest city at the time to host a World’s Fair.

Urbanova hopes to take up that mantle of innovation, testing smart city tech within the university district’s 770 acres and aiming to attract other partners to do the same. “The district is a blank canvas for those who are willing to reimagine how neighborhoods should be constructed for denser populations, and how businesses can help citizens be healthier in urban environments,” says Kim Zentz, director of the engineering and technology management program at WSU’s engineering college, and author of several feasibility studies during the creation of Urbanova.

Half of the land in the University District is undeveloped or underdeveloped, so the partnership is also interested in spurring construction there. The city wants to test new technologies and models on a limited scale before dedicating the resources citywide. Urbanova’s first project is to install smart and connected streetlights that will not only be remotely managed to maximize energy efficiency, but will also be equipped with sensors to monitor air quality.

WSU’s Laboratory for Atmospheric Research hosts a multimillion-dollar air quality forecasting system that can predict ozone and particulate matter concentrations across the Pacific Northwest. The streetlights, owned by Avista, will measure quality on the ground level, closer to where humans are living and breathing.

It’s a test not only of the technology — researchers are interested in how well the regional and street level results will correlate — but of the partnerships. These streetlights are owned by Avista, but others in the University District belong to the city or universities. Zentz says figuring out the ownership and governance now “will really help us develop the rest of the rules of the road, or operating principles … we’re dealing with shared ownership of a similar infrastructure.”

The second project is a shared energy economy pilot. “You can think of it as Airbnb for your solar panel,” says Zentz. Microgrids have sometimes been seen as competitors to utility companies, because they allow people generating their own renewable energy to disconnect from the grid. They’re also known for increasing energy resiliency, since they can operate independent of the grid in the case of an outage, making them attractive to hospitals and medical centers like those in the University District.

“We know what traditional microgrid benefits are, we want all of those, and we want to explore these market-based opportunities to allow, at the distribution level, customers to interact with the grid,” says Zentz. Avista will also be installing two solar arrays and two batteries as part of the pilot.

Both of these projects will fuel research at the universities. Urbanova partners hope they’ll attract other smart city tech entrepreneurs too. “The real asset that we’re working toward building is the data,” says Zentz — the data from the streetlight pilot, as well as anonymized data from the city and utilities. Zentz says Urbanova is taking pains to be mindful about the use and collection of data, signing on to the eight principles of open government data.

“We’re making sure before we engage community we’re really clear about making sure we can answer, what are you going to do with that data, what data are you collecting,” says Zentz.

The first data will come from the streetlight project. Forty will be installed by the end of the year. Many of the other details are still being worked out.

“The development of the organization and the partnership is something that we’re taking a lot of time to do and do well,” says Zentz.