4 Ideas That Will Change How You Think About Solar Power 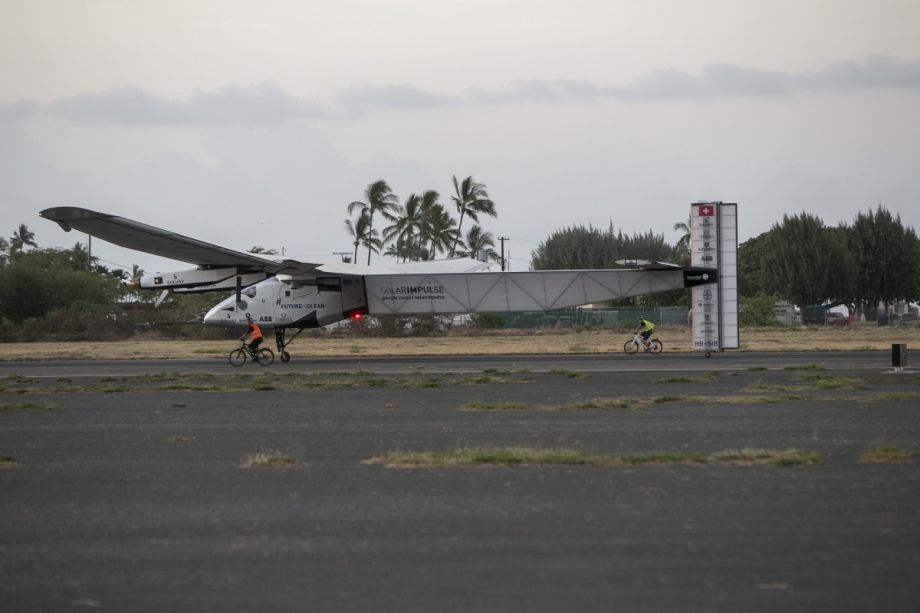 As solar nears grid parity, energy utopians’ dream of a panel on every rooftop looks increasingly probable. But in the recent words of Martin Sheen, we are a species that “invented the automobile and then invented an automobile that could drive over 20 other automobiles.” Human ingenuity being what it is — and solar cells dropping in price as they are — we won’t be stopping at rooftops.

Already you can roast a chicken in a sun-powered oven or purchase a bikini made entirely of photovoltaic strips. But some inventors have larger goals in mind. From Facebook’s boomerang-shaped Internet plane to cell networks run by hundreds of tiny antennas, tinkerers of the sun-loving kind are rebuilding entire systems with the help of PV cells.

Here are four ways solar could power the distributed city micro-grids of the future, guarding against dropped calls, beaming down WiFi, and doing oh-so-much-more than heating and lighting your home.

Thierry Klein, head of green research at Bell Labs (now owned by Alcatel-Lucent), wants to make dropped calls a thing of the past. Because densely clustered city buildings often disrupt cell service, Klein’s team is working on solar-powered, shoebox-sized antennas that basically act as tiny cell towers. Due to their size, they can be placed on the sides of buildings, light poles or even billboards.

“Telecomms companies have been trying to do this on a large scale for several years, but the cost of connecting the small devices to the power grid is making them prohibitively expensive — you can install an antennae on a building cornice, but try getting an electrical wire there,” a release for the project states. “That’s where solar comes in: Make them solar powered and you can easily install them almost anywhere.”

Roughly translated: Look out Verizon. It may be time for you to start grumbling about disruptive industries getting cozy with regulators and swapping BFF necklaces with the electricity-providing IOUs. Or, you know, adopt the solar technology yourselves.

This summer Facebook announced Aquila, a lightweight plane with the wingspan of a Boeing 737 and the V frame of a stealth bomber. But Aquila was made for a different purpose: delivering Internet connection to developing countries. Because it’s coated in solar panels, it can stay afloat for up to three months.

Now, I know what you’re thinking: Good old Facebook, doing what Facebook always does and being 100 percent altruistic. Actually, though, the race to launch a solar-powered Internet plane has become something of a modern-day space race among Silicon Valley giants. Last year, Google announced plans for a very similar drone.

Solar roads and bikeways have been in the news a lot over the last two years. But a U.K. project, covered last month by CityLab, could have interesting implications for how those solar panels are used in the cities of Tomorrowland.

The public-sector experiment involves lanes that charge EVs as they cruise, thanks to a complex system of power lines, coils and transmitters. The technology is pretty impressive on its own, but its potential to be fused with solar roadways is even more enticing. Imagine a car (or bus!) that didn’t need to be plugged in, but could run on sun power collected by the road.

As yet, the fusion of these two futuristic systems hasn’t been attempted, but it’s one of the long-range goals articulated by the founders of Solar Roadways.

“If a Solar Roadways highway infrastructure were developed, EVs could charge while driving, thanks to the beauty of mutual induction,” their site’s FAQ page states. “Each EV that was fitted with a proper power receiving plate would pick up energy from induction plates in the road while driving. This technology already exists, but there is no handy way to put those plates in asphalt roads.”

Desalination requires a lot of energy and is often off the table for drought-stricken cities because of that expense.

Not surprisingly, researchers are looking to solar as a way to cut costs as well as carbon. One collaboration from MIT and Jain Irrigation Systems recently won the $140,000 Desal Prize for a PV-powered invention that removes salt through electrodialysis. In lay terms, researchers applied an electric current to the water to attract and draw out the salt.

According to Mary Beth Griggs of Popular Science, researchers in California and Chile are also looking for ways to turn saltwater into fresh water using only the sun.