Elon Musk Wants Dallas to Get Excited About Solar Power 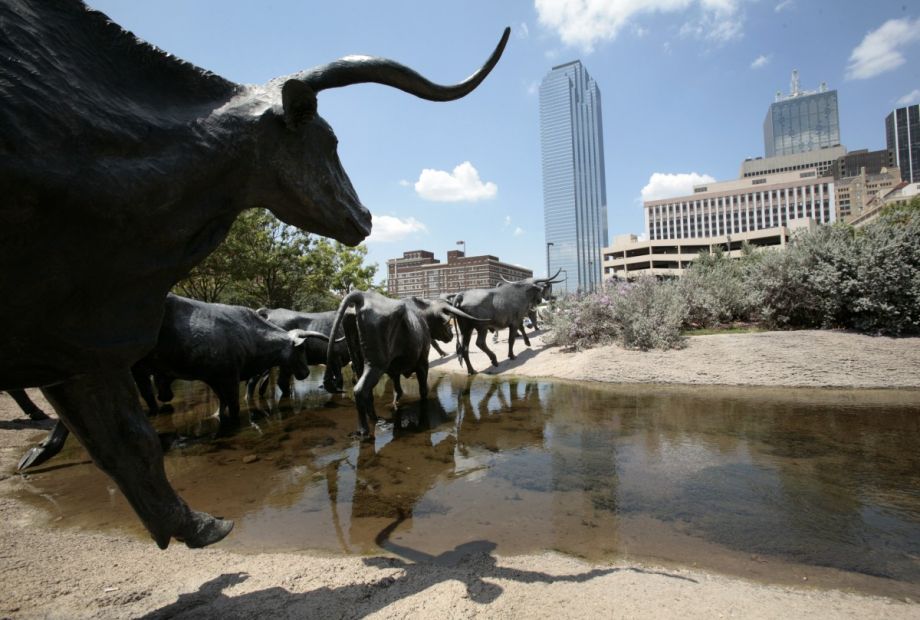 In Dallas, a new partnership will test whether rooftop solar can thrive in a marketplace driven by the bottom line.

On March 10th, the Elon Musk-chaired SolarCity announced a joint effort with retailer MP2 Energy to offer rooftop systems in the Dallas-Fort Worth area for “less than utility power without local incentives.” It’s an optimistic move, possible thanks to solar’s epic price plunge.

Like most municipalities in Texas, the Dallas-Fort Worth region hasn’t historically seen much rooftop solar. Last year, a National Journal article (called “Why Is Texas Terrible at Producing Solar Power?”) pointed out that, while the Lone Star State leads the nation in both natural gas production and wind energy, its solar market isn’t nearly what it could be.

Policymakers are partly to blame.

There’s no Texas equivalent to that initiative, and the state also lacks a uniform net-metering policy. Individual retailers can set their own, but few do. And because the state’s electricity market is deregulated, consumers are free to follow the lowest prices. But, due to the lack of incentives, those haven’t historically come from the sun.

MP2 Energy will also offer net-metering. Customers will receive a 12 cent per kilowatt hour credit for solar they produce but don’t use.

And despite Texas’ history of weak incentives, Bass says he believes the state’s deregulated electricity market could actually benefit the new deal.

“With a deregulated market customers are used to shopping for their electric bill,” he says. “In regulated markets, they often don’t know that they have the option or their knowledge of solar is dated, and they think it’s more expensive than it is.”

According to Maura Yates, a spokesperson for MP2 Energy, deregulation also facilitates net-metering for the retailer.

“Net-metering makes sense here because we are a deregulated market — inherently, we are just set up not to have any cost subsidization,” she says.

A customer who installs solar will no longer need peak-hour energy from the grid, she adds, which reduces their cost for the retailer.

“There’s a savings that we pass back to them,” she says.

Both express confidence that the deal can compete in the free-market metro region known for its football and oil-boom history. But until now, the Texas cities with the most rooftop solar, San Antonio and Austin, have gone the public route, offering hefty local incentives and subsidies.

Both topped Environment America’s 2014 list of solar-friendly cities, and both have publicly owned municipal utilities with ambitious renewable-energy goals. Rebates and, in Austin’s case, a value-of-solar tariff, encourage rooftop panels.

Luke Metzger, director of advocacy group Environment Texas, compares those markets to Dallas, which, he says, ranks far below Austin and San Antonio.

“The only incentives that have been available have been from Oncor, [the Dallas area’s service provider]” he says.

But Metzger also sees promise in the new SolarCity deal, partly due to its timing.

“We’ve seen tremendous growth as the cost has come down,” he says. “As more people in Dallas look at the straight economics of it — and hopefully more builders will offer it as a standard option — that’s really going to help solar go big in the state.”

Yates, who previously held a title with Arizona’s largest regulated utility, Arizona Public Service, says the solar market has benefitted from subsidies, incentives and other public policies that favor the new energy source.

“It’s helped bring down the cost of the technology,” she says.

But she calls herself a “convert” to the deregulated market. Incentivized markets have had a strong growth rate, she says, but now that solar is cost competitive in the state, she says, “the floodgates are going to open.”

“In the true spirit of Texas, it’s time to let solar show that it can stand on it’s own two feet,” she adds.