Solar Is Third Greatest Renewable Energy Source—What Does This Mean for Cities? – Next City

Solar Is Third Greatest Renewable Energy Source—What Does This Mean for Cities? 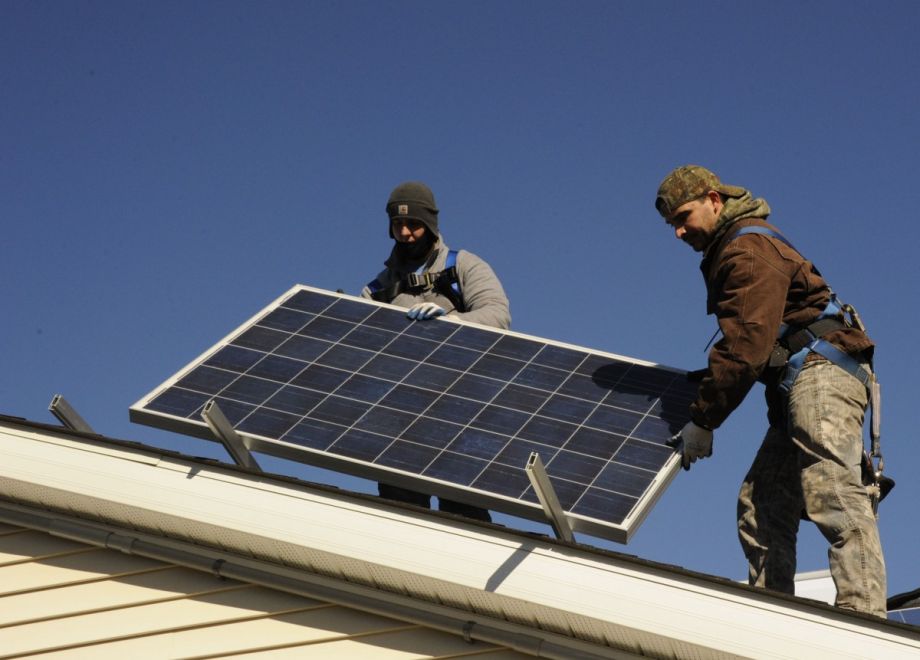 Solar has surpassed biomass to become the #3 renewable electricity source in the United States, according to CleanTechnica and data from the U.S. Energy Information Administration.

Solar resources, including small- and large-scale photovoltaic (PV) installations and solar thermal, created 77 million megawatt-hours of electricity in 2017, outpacing biomass resources, which generated 64 million megawatt-hours in 2017. Hydropower and wind power were the only renewable sources of energy that outperformed solar, generating 300 million MWh and 254 MWh, respectively.

The EIA tracks three types of solar power: solar thermal, which uses sunlight to boil water to produce steam, which in turn produces power; and two sizes of solar photovoltaic. PV installations with capacity lower than 1 megawatt are considered “small-scale.” Since these are typically capable of supplying about 200 homes and take up multiple acres, “small” here is relative. Meanwhile, PV installations with capacity greater than 1 megawatt are considered utility-scale.

Solar is an attractive option for cities looking to reduce their carbon footprint. The systems can be pricey to set up—the National Renewable Energy Lab estimated a cost of around $2.80 per watt for residential systems and around $2 per watt for commercial systems—but the price is dropping. PV module costs have fallen 75 percent since 2009, Computer World reports.

Traditional solar—PV panels placed in a wide-open, sunny field—hasn’t historically been a great fit for cities, thanks to land-use requirements and other complications. Billing rules mean that homeowners can’t always get credit for the power they generate, which reduces the incentive to install solar; and renters are left with nothing.

But that is changing. Companies such as Brooklyn SolarWorks have developed solar canopies specifically designed for small, flat rooftops. Many states have adopted net metering policies, which allow—or require—electric utilities to offer a credit to homeowners if their solar panels generate more energy than they use. (Most states have adopted requirements that only apply to certain utilities—often investor-owned.) And community solar project structures are now allowing renters to get in on the action. By “subscribing” to a solar farm that may be next door or across town, renters receive a credit on their energy bill. In a pioneering model in Washington, D.C., a law firm installed solar panels and is gifting the energy credits to low-income subscribers across town, a feat the Washington Post called “a bureaucratic Rube Goldberg machine that demands more paperwork than photosynthesis, but is workable nonetheless.” Low-income residents in two housing complexes now receive lower energy bills—and sometimes no bill at all.

It’s not all rosy—the 30 percent tariff on imported solar panels imposed by the Trump administration in January has halted, by some estimates, billions of dollars of solar projects. But the EIA expects another 5,000 megawatts of utility-scale PV to come online by the end of 2018, and the Solar Energy Industries Association reports that PV capacity is projected to double over the next five years.