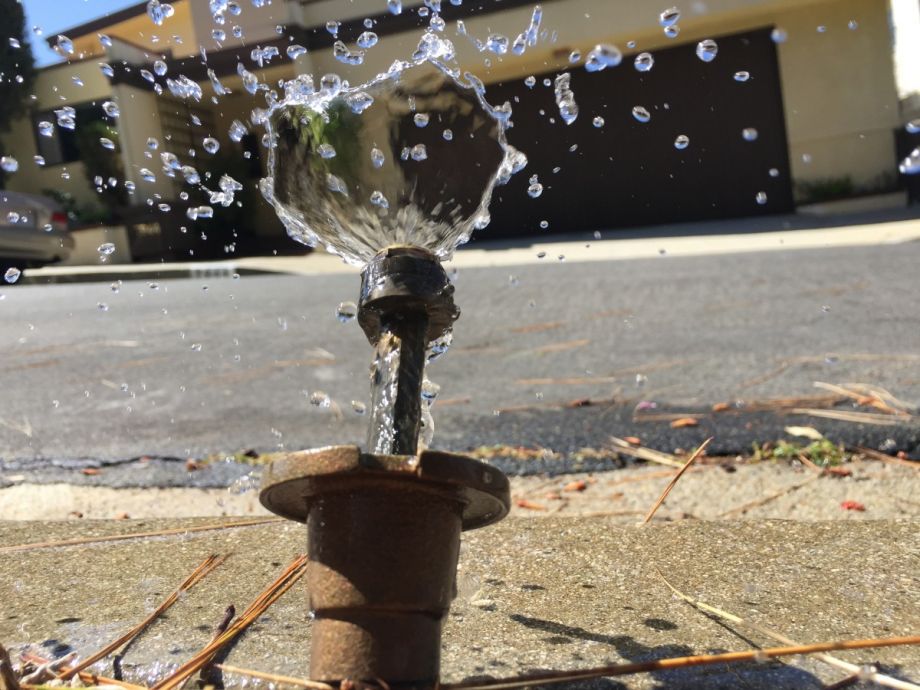 Water runs off from a sprinkler in a neighborhood in the Hollywood Hills area of Los Angeles. (AP Photo/Damian Dovarganes)

California residents are taking to social media to shame their neighbors into conserving water. On Twitter, people have been using #droughtshame or #droughtshaming:

Drought Shaming: The Grass Is Greener on the Other Side – http://t.co/KIXE6FKNz7 #droughtshame #green #water pic.twitter.com/ZX5qSoFRaR

While #droughtshaming seems like the solution, why not try #farmshaming or #riceshaming – you know, the real water hogs in California?

Having breakfast with friend in LA and he ordered water! #DroughtShaming pic.twitter.com/VupktkX0hc

Some people are also turning to apps like VizSafe to hold California’s water-wasters accountable. As VizSafe founder and CEO Peter Mottur told NPR, its original purpose was not for drought-shaming:

“We launched the app last year. It’s really a broad community safety and wellbeing platform for sharing photos and videos that are all geolocated and mapped.” Mottur says people can report anything from a fallen tree to a pothole, but increasingly he says, “users are posting information about their neighbors who are wasting water.” And that data ends up on a map that is visible to the public.

There’s also DroughtShameApp, created by Dan Estes, a Santa Monica real estate agent, made intentionally for its title purpose. But social media may not be a productive solution to the problem. As NPR reports:

When he spoke with NPR, [Dean Kubani, sustainability manager for the City of Santa Monica] said he’s never heard of the apps, and that in fact, Santa Monica already has its own drought-shaming app. … And that means data from these independent apps might not be seen by the right eyes. “It’s not getting through to us,” says Kubani, “and we’re the folks doing enforcement and education about this.” … Even if data from those apps got to Kubani’s office, he’s not sure he’d use it. “It might be very outdated,” he said. “I don’t know where it came from, or how it was obtained. I wouldn’t be able to verify it.”