Police Get Smarter About Social Media – Next City

Police Get Smarter About Social Media 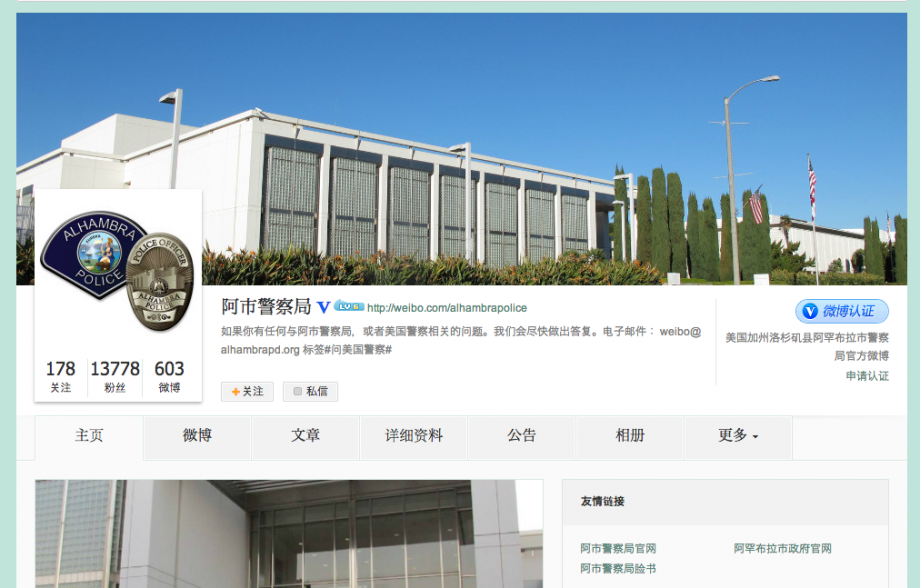 Over the past several years municipal police departments have had some notable successes in applying social networking technologies for investigatory purposes. But when it comes to community engagement the results have been mixed at best.

Perhaps the most high-profile stumble occurred in April, when the New York City Police Department inaugurated its #myNYPD Twitter hashtag, inviting citizens to post their day-to-day interactions with officers. Within hours of going live, #myNYPD was trending hard — and not in the way its creators anticipated. Instead of inspiring images of smiling officers helping little old ladies across the street, the feed was littered with photos of hard-faced cops pepper-spraying protesters, pummeling handcuffed suspects and, in at least one case, preparing to shoot a dog.

I thought PGH bike lane parking was bad—@FedExLane is tracking a #myNYPD car parked in a bike lane for over 4 days… pic.twitter.com/pAbxjjDGG2

But communications experts and law enforcement officials who’ve successfully taken the plunge say that when it comes to improving community engagement, social networking is a risk worth taking.

“Everyone has a smartphone that ties into social media and that gives police the ability to engage in real time with the community,” says Captain Chris Hsiung, commander of the field operations division at the Mountain View Police Department in California’s Silicon Valley.

In 2012, Hsiung oversaw a complete revamp of his department’s social media presence, transforming it from what he calls a “glorified fax machine” used primarily to push out press releases into an interactive content farm with a presence on Facebook, Twitter, Google Plus, YouTube, Pinterest and the hyper-local platform NextDoor. It also publishes its own blog and a series of podcasts called “The Silicon Valley Beat.”

Hsiung says over the past two years the department has seen a perceptible improvement in its relationship with its constituents, and has fielded hundreds of questions and tips from Mountain View residents. Still, he says he understands why many departments remain skeptical.

“Two-way engagement can be very uncomfortable for police, so law enforcement can be kind of leery about opening up a channel for the public to comment,” said Hsiung. “There will always be trolls, but I’d venture to say 90 percent of the feedback we’ve had has been positive.”

He adds that even negative feedback, like that sparked by #myNYPD, can provide an opportunity for transparency and community dialogue that wouldn’t exist without the kind of interactive forum provided by social media.

“If people want to share a bad experience, we will write them back,” said Hsiung. “Usually they just want someone to listen to them. It gives us a chance to show that we are not trying to brush anything under the rug.”

Mountain View is home to no fewer than a dozen leading tech firms, so its police department was no stranger to the power of emerging technologies. But surveys of police agencies around the world show a nearly universal push into social networking.

According to the International Association of Chiefs of Police (IACP), 95.9 percent of police agencies now use social media — with Facebook, Twitter and YouTube the most popular platforms. While most agencies limit their use to aiding in investigations — through intelligence gathering and disseminating information about criminal activity — more departments are now incorporating social media into their community outreach strategies.

For instance, police in a number of municipalities offer “virtual ride alongs” using Twitter in an effort to provide citizens a window into the “human” side of police work. More police departments are establishing a presence on NextDoor, a closed social network that confines membership to specific neighborhoods. And in Fort Worth, an openly gay detective is using YouTube to increase recruiting among the LGBT community.

Other communities are getting even more creative and turning to social networks to create a cross-cultural dialogue between police and traditionally insular ethnic communities.

A few hundred miles south of Mountain View, in the city of Alhambra, local police are using the Chinese micro-blogging platform Sina Weibo to engage the city’s dominant Asian population. Last year, Alhambra’s police department became the first in the nation to create a presence on the site. It now has more than 13,000 followers who are encouraged to ask questions in Chinese using the #askamericanpolice hashtag.

Daniela Gerson, director of the civic engagement and journalism initiative at USC’s Annenberg School for Communication and Journalism, has studied levels of community cohesion among ethnic populations in Alhambra and says social media is uniquely suited for creating a dialogue with Asian populations.

“It used to be that the Chinese community connected with the home country through locally based ethnic media, but now people circumvent ethnic media and connect directly through social media,” she said. “The same platforms people rely on to keep their transnational ties are a great way to create local ties.”

A survey of community members conducted in March found that more than 90 percent reported feeling closer ties with local police and having a better understanding of American policing as a result of Weibo.

According to Walter Yu, who volunteers as a translator for the police department, the Weibo program has been so successful that the Alhambra Police Department has become the de facto face of American law enforcement for Weibo users across the country. He says the department has received inquiries about the program from several other cities with large Asian populations.

“This is not only a tool for the Chinese community but for other ethnic communities too,” said Yu. “If other agencies can pick this up it will really be a great way for increasing understanding.”

For departments just getting started, Captain Hsiung suggests limiting their presence to a few primary platforms and focusing on creating local interaction over simply gaining followers. He says that while there is no single recipe for doing social media right, the “secret sauce” is a mix of professionalism, humor and transparency.

Most important, he says, have a defined strategy, and make sure everyone with authority to speak online for the department is communicating with the same voice.

“All it takes is one wrong tweet to reflect poorly on the police and the department,” he said.