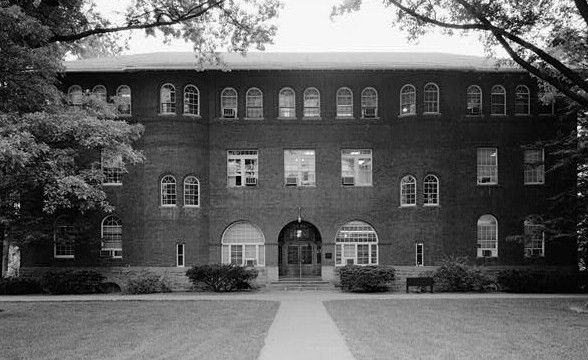 The town of Berea, Kentucky, lays nestled on the slope of the Appalachian mountains off of I-75 south of Lexington. Nestled within the town is Berea College. For those who aren’t familiar with Berea – the college – it was the first coeducational, racially integrated college in the South, and its history is ineffably fused with the principles of learning, labor and service.

Learning, in that Berea is continually ranked as one of the top liberal arts schools in the South and the nation. U.S. News & World Report has consistently named Berea the No. 1 regional college in the South. Labor, in that Berea provides a full scholarship to every one of its 1,500 students, of whom hail from low and moderate income families and/or are the first in their families to attend college, in exchange for their working ten or more hours a week on campus. Service, in that Berea’s founders imagined a place where the College would help to shape community-university praxis. As former Berea President Francis S. Hutchins said, “The genius of Berea has been that it has coupled with a purpose to maintain academic standards of genuine merit a concern with significant problems of contemporary society.”

The notion of community-university praxis, essentially of universities engaging their communities and their stakeholders as strategic planning practice, is grounded in the work of a number of luminous planners and political theorists, including Paul Davidoff, John Forester, John Friedmann and Judith Innes, among others. But only in the last 15-20 years or so has this sense of engagement migrated into the higher-education sector, and even more recently has this trend of engagement evolved into what is now one of the most impactful pedagogical trends in global higher education – the study and practice of social entrepreneurship.


“Employers increasingly want to hire students who are highly adaptive, who can work in a fast-paced environment, be creative and problem-solve — and these are not necessarily core skills universities focus on,” says Marina Kim, Director of University Programs at Ashoka and an expert in social entrepreneurship education. “Most universities focus on knowledge acquisition, but what the world requires is much more about learning how to work within a fast-changing environment …” Kim and her colleagues at Ashoka, based in Arlington, Va., launched the Changemaker Campus Initiative in 2008, a consortium that consists of 9 colleges and universities in the U.S., which will grow to a total of 30 campuses by 2015. After establishing an institutional partnership with select universities, Ashoka works with teams of entrepreneurial students and faculty to accelerate their growth as hubs of social innovation.” Current Changemaker campuses include Babson College, Cornell, Johns Hopkins, Tulane, and the University of Maryland.

Back in Berea, more than a few miles away from metro Washington, the Entrepreneurship for the Public Good program (EPG) works to provide students “a multi-year, learning experience … to practice and implement Entrepreneurial Leadership in rural communities of Central Appalachia.” The primary objective of the program, developed by Debbi D. Brock in the early 2000s, is designed to teach students from a variety of disciplines about entrepreneurship and develop their leadership skills to equip them to make a positive impact on the Appalachian region and beyond. In a global economy that President Bill Clinton recently described in his 2010 commencement speech at Yale as “too unstable; too unequal and completely unsustainable,” social entrepreneurship helps to absolve these worrisome trends. It is a hand up, rather than a hand out, and it knows no geographic or social boundaries, as Peter Hackbert and Dan Huck, the co-directors of the EPG program, along with the many students and community members at Berea, understand. A number of students’ entrepreneurial ideas and concepts are achieving realization and even funding through Kentucky Enterprise Fund Grants. Moreover, the program is helping both students and stakeholders feel empowered in difficult financial times.

Spurred by both the changing nature and availability of work, along with how colleges and universities are responding to these dynamic shifts, social entrepreneurship education remains a burgeoning trend. How will change agents, planners, public servants, and the business community explore and exploit these changes for good is reflected both in the work being done on a national scale at Ashoka and more regionally in Berea and Appalachian Kentucky? This work is literally changing lives and changing minds, and aware of these forces NGOs and government at all levels should be helping to create levers and pathways to broaden and escalate this change.