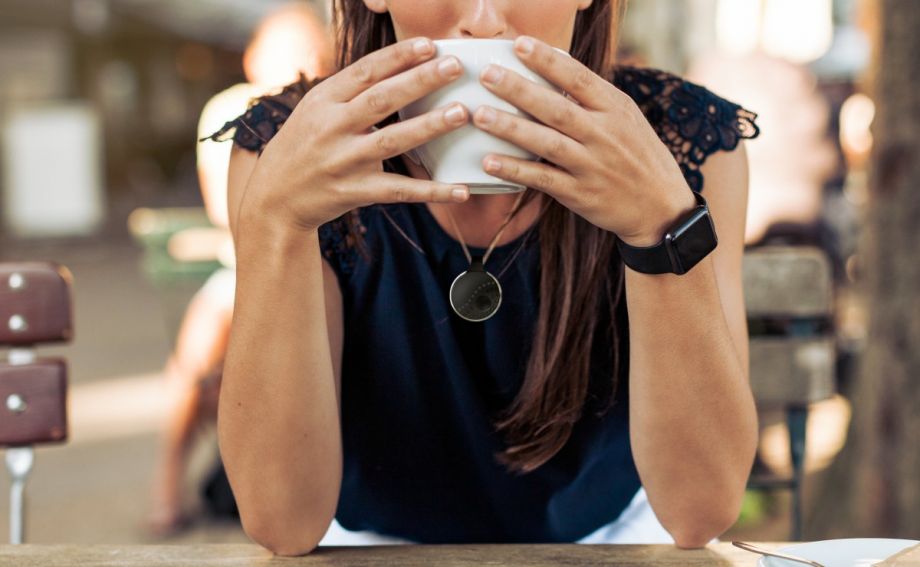 Social good company ROAR's jewelry line doubles as an alert system in the face of violence.

Yasmine Mustafa was plucked out of a bomb shelter in Kuwait by United States diplomats as Saddam Hussein’s forces advanced at the start of the Persian Gulf War. They gave her and her family two hours to pack before boarding a plane to Philadelphia.

She spent her adolescent years in the Pennsylvania city; her parents managed a 7-Eleven. Then, when she went to apply for college, a search for her social security number led to a startling realization: She was undocumented. She started working under the table for a few unscrupulous employers who paid her little and forced her to work long hours, well aware that her legal status would prevent her from complaining to local authorities about the violations.

Those experiences made Mustafa want to be her own boss, but they also made her want to make a profit by giving power to the defenseless. During a six-month trip traveling throughout South America, she came up with ROAR, the social good company that makes discreet-yet-sleek jewelry items for women that double as alert systems in the face of violence or sexual assault.

Nearly every time she befriended other women travelers, she heard the stories. “It was either ‘my boyfriend used to beat me,’ or ‘my dad or my uncle whipped me as a child’ — horrific stories, one after the next.” She says ROAR now gets emails “every day” from women who’ve been abused. The first product, called Athena, is as big as a quarter, can be worn on a necklace or belt, and sends a signal to friends and family alerting them that you feel unsafe or are in a dangerous situation when you push it like a button.

Her product is three weeks away from its first shipment, but Mustafa is one in a long line of social entrepreneurs marrying positive impact and profit into startup ventures. The National Women’s Business Council (NWBC) published a report in February on social entrepreneurship across the U.S. to capture the dynamic behind this small but growing business sector.

They define “social entrepreneurs” based on criteria offered up by researcher Greg Dees in 2001. The ventures are formed to create and sustain social impact. Founders have a deep sense of commitment to the people they serve and the outcomes they produce — all while pursuing tenets typical of all strong, nimble businesses, with investments in product innovation, adaptation and a conscientious use of resources.

But what was most compelling to Whitney Keyes, a member of the NWBC, was that women seemed to see a significantly lower funding hurdle to get their ideas off the ground.

While men who were social entrepreneurs estimated they’d need anywhere from more than $50,000 to upward of $1 million to start, women on average said they thought they could tackle the initial phase of an enterprise with less than $1,000.

There’s no consensus on exactly why that is. “Are women more resourceful? Do women have greater networks?” asks Keyes. “We will probably be digging into that in the coming year.”

When the NWBC was hosting community meetings across the country with female entrepreneurs, comments of interest in social entrepreneurship are what pushed her organization to start putting this report together. That’s also where she learned that a lot of women start social enterprises on a small scale for the good of the community, but they don’t necessarily reach profitability.

Keyes has worked with women entrepreneurs in developing countries across the world, but she says there are a couple commonalities that she sees everywhere. “Women have often been pioneers when it comes to social justice, human rights, underserved communities, caring for children and so forth,” she says. “They may be involved or thinking about it at a very personal level.”

Mustafa agrees wholeheartedly — thinking of her trials as an immigrant in the U.S., and the trials of those women she met traveling through South America. “I believe women tend to be more nurturers, and are looking to make an impact within their communities and their networks,” she says.