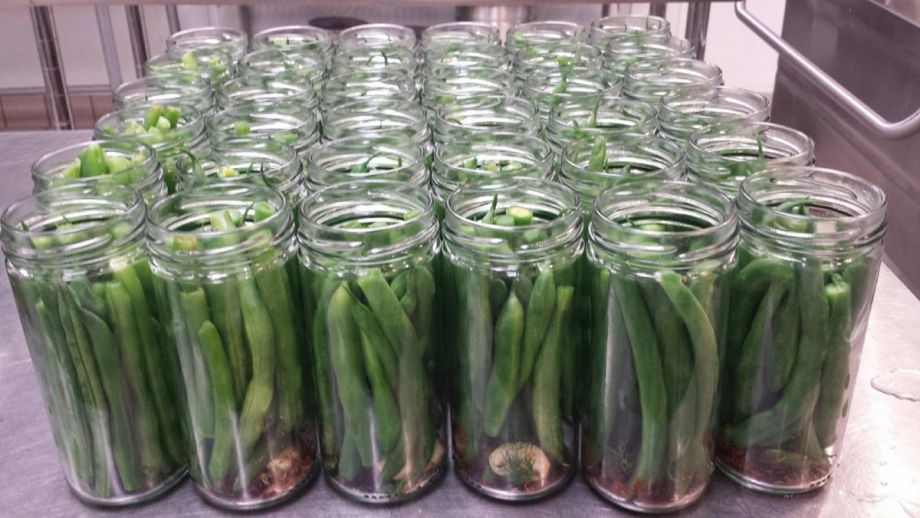 La Montañita is a local and organic foods consumer cooperative with around 17,000 members and six stores in Albuquerque, Gallup and Santa Fe, New Mexico.

“We do about $39 million a year in sales,” says Robin Seydel, director of membership and community relations. Of that, $6.6 million goes through the Co-Op Distribution Center, a statewide wholesale food hub La Montañita created a decade ago. It carries more than 1,100 local products from over 400 producers, all within 300 miles of Albuquerque. “We even deliver to Whole Foods,” she adds.

A few years ago, as the locavore movement started to take off, La Montañita, which was founded in the ‘70s, faced a new challenge. “Many of our local producers needed capital to scale up to serve the growing local foods movement in New Mexico,” Seydel recalls. Using a new model called co-op capital, which they helped design, producers have since accessed $160,000 in loans, including $75,000 currently outstanding, in amounts from $400 up to $27,000. “We’re now going into our fifth year with this,” Seydel says.

Whether it was because of a lack of collateral, no credit history or negative credit history, or fuzzy citizenship status, local producers simply weren’t able to access capital through existing channels (traditional banks or existing alternatives like micro-lenders).

Knowing full well which products were routinely selling out, La Montañita staff knew if they could find a way to get those producers access to capital, there would be more than enough sales for producers to earn more while still paying a return on the investment.

To address the need for capital, La Montañita found an eager collaborator in the Nusenda Credit Union, New Mexico’s largest credit union. Nusenda had already been thinking internally about the lack of access to capital for a surprisingly large chunk of the market.

“The bar was too high even for middle-income individuals,” says Robin Brule, senior vice president for community relations at Nusenda. “That really signaled something to us.”

In the co-op capital model, instead of producers needing to put up collateral (like a car title or land deed), La Montañita puts up a pool of deposits raised from its members as collateral to Nusenda for loans to individual producers with whom the co-op does business. In this way, co-op capital becomes as much about further empowering members to invest in the local economy as it is about getting the co-op’s producers access to the capital they need but can’t get any other way because of a lack of collateral or credit history.

Each co-op member who decides to contribute to the pool of deposits, up to a maximum contribution of $10,000, gets an annual share of the return on investment based on the size of their contribution. “We have paid an ROI every single year,” Seydel says. The first year, they paid a 2.1 percent return. Investors get a check usually the first or second week of February the year after they’ve bought in.

“So we’re not paying a huge amount of money,” Seydel concedes. “But this is nurture capital. Our people are not invested to make big returns, they’re invested because they don’t want to invest in companies that are not good for the environment, that don’t contribute to social justice, that are not local grassroots investing in the local grassroots economy.”

Co-op capital loans have gone for annual seed purchases, hoop houses, new cattle, refrigerated trucks and more. “There’s a wide swath depending on our relationship with those producers, how long we’ve known them, how much they sell to us, how much of their product we sell publicly, how invested they are in the community and how much we want to see them get to the next level in terms of food production,” Seydel says.

Nusenda doesn’t evaluate producers for loans. Instead, it relies on the co-op and its relationships with the producers. The co-op comes up with its own application process, and the co-op makes the final lending decision. Nusenda doesn’t pull credit reports of producers, but, crucially, it does report positive credit for them — helping to build or re-build credit histories.

Bottom line: Nusenda earns a small annual percentage of outstanding loans, producers sell more and gain good credit without having to put up collateral, and co-op capital investors get (mostly) tiny checks annually. La Montañita gets more of their best-selling products to sell or distribute.

“This is really the power of people and creating options for regular people when banking isn’t working,” says Robin Brule, senior vice president for community relations at Nusenda.

The credit union has already begun to replicate the model with other institutions in the Albuquerque area. Deposits from a union help members access loans to pay for certification classes or new equipment. A landscaping company’s deposits help employees access loans instead of having to use payday lenders. A university’s deposits help students access last resort emergency loans so they don’t have to drop out when faced with an unexpected situation.

Nusenda has made over 200 co-op capital loans so far, and the default rate for the model has been less than 1 percent, Brule says.

Currently, she’s serving as an executive on loan to the City of Albuquerque’s Living Cities Integration Initiative, where part of her work includes sharing the model with leaders from other cities in the program.

“We don’t know how big this could be for sure,” Brule says. “We believe this market could be huge, based on what we know from FINRA [Financial Industry Regulatory Authority] reports, what’s happening with people in precarious lending situations, and also how this can deployed in very different ways — business growth or startup, education, or the union-driven skills based/equipment upgrades. It’s very replicable.”