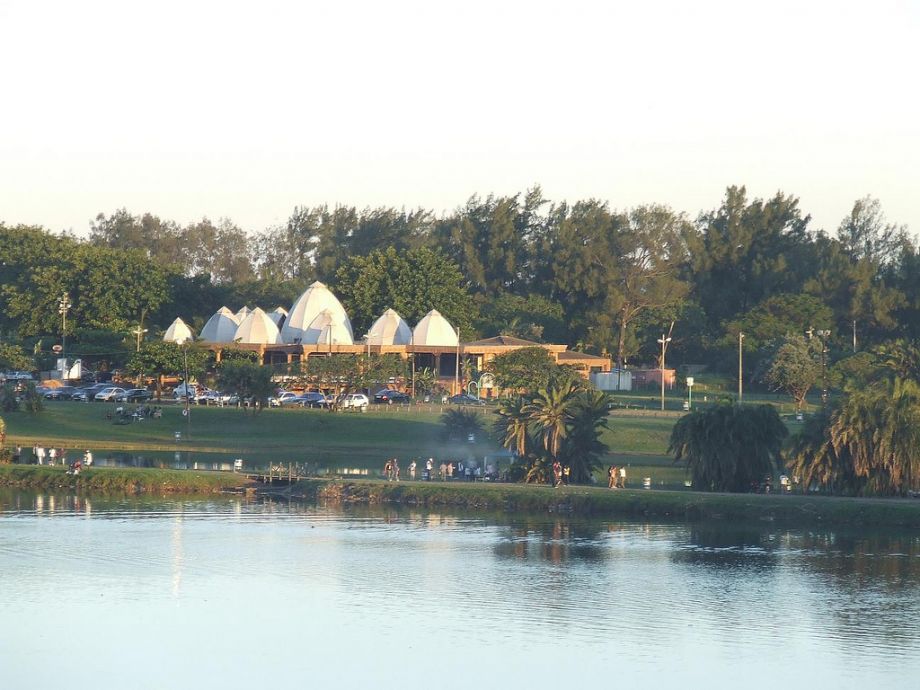 As of 2013, programs that support “social cohesion” in Durban will get dedicated funding. Photo credit: Robert Cutts via Flickr

Most mornings and afternoons on Durban’s elegant beachfront promenade, one can find residents of all ages, hues and cultural backgrounds huffing and puffing in happy unison.
The hip-swaying, leg-kicking, arm-waving routine is a free exercise class funded by the city to keep residents in shape. But it’s true goal is much loftier: to undo, bit by bit, the wrongs of decades of apartheid.

Just 20 years ago, Durbanites of different races were barred by law from mixing. As defined by the government, each racial group had its own beaches, its own restaurants, its own carefully segregated neighborhoods. Though those laws are now off the books, the process of reintegration is a long, fitful process, which is why Thembinkosi Ngcobo, head of the city’s Parks, Recreation and Culture Department, decided to help it along.

For the past decade, Ngcobo has been fighting to push what he calls the “soft stuff” onto the city’s agenda, not simply to spiff up Durban’s public spaces, but to bolster its resilience. A former researcher for Nelson Mandela, he sees such community-building as an elixir for many of Durban’s problems. “Year in and year out, we have to build houses for poor people, provide roads and electricity,” says Ngcobo. “But in a historically divided city if we don’t put emphasis on building social cohesion we don’t have a future.”

When Ngcobo first took over his department, he had to fight tooth and nail for a relative pittance to look after Durban’s 96 libraries, 604 parks, 300-plus soccer fields, 70 tennis courts, 50 swimming pools, 11 museums and its splendid Botanic Gardens. But last year Ngcobo’s department won a major victory when it successfully lobbied to get social cohesion written into Durban’s Integrated Development Plan. By codifying social cohesion as an official element of city policy, Ngcobo convinced politicians to spend almost five percent of the city’s annual $3.5 billion budget on what are generally — and, he believes, wrongly — regarded as frivolities.

“Our diverse staff saw the bigger picture: that Durban is potentially rich because of its diversity.”

The idea that amenities like parks and libraries can not only make a city more pleasant, but also tackle hard problems like crime and poverty, is not without precedent. Led by a phalanx of progressive mayors, cities in Colombia in particular have been pioneering the concept of social urbanism, in which such amenities have been credited with helping transform cities like Bogota and Medellin. In a country like South Africa, where black people were historically denied fair and equal access to state services, improving access to health care, housing and education top the list of municipal priorities. But in their zeal to heal the scars of apartheid by building new houses, hospitals and schools, until recently politicians didn’t do much to try and change mindsets. So Ngcobo and his staff developed a host of programs like the free fitness classes, which champion unity in the public spaces that people share, like parks, gardens, libraries and museums.

“We advocated for roads to be built to connect neighborhoods that were separated during apartheid and we pushed to promote reconciliation and nation building,” he says. One example of the department’s efforts is a $50 million central library, for which Durban is in the process of awarding a tender and which the city hopes will advance the cause of social cohesion and help stave off urban decay. “We believe that in the midst of poverty and developmental challenges there can be social cohesion and we’ve pushed this in everything we do.”

In fact, the department has made social cohesion such a top priority that it’s become a mandatory component of the capital projects it oversees. In a recent audit officials reassessed the need for certain parks projects, arguing that if they didn’t advance the cause of social cohesion and bring neighbors together, they ought to be canned.

Illa Thompson, an arts publicist in Durban, says the city’s investment in culture is critical to its resilience. “It adds to Durban’s hardiness. It means the city can be strong and healthy. Art-makers grapple with their role in social cohesion, but they know that our history informs our present. One artist said recently that to flourish, artists are emerging from a post-apartheid space to record and inspire, and to protect the future.”

Thompson says culture is harnessing the city’s sense of humanness and informing the way it responds to complex social problems. “It advances solutions because arts practitioners question and challenge and help to move the city forward and address social justice issues. Yann Martel, the Canadian author said: ‘If we, citizens, do not support our artists, then we sacrifice our imagination on the altar of crude reality and we end up believing in nothing and having worthless dreams’.”

Bringing people together is the key to making all the larger, more expensive infrastructural fixes worthwhile, adds Ngcobo. “Resilient cities are those that don’t deny their problems. Problems bring people together, they forge communities that confront the future. A city can have the most amazing infrastructure, but if its people aren’t in harmony it can’t move forward confidently.”