In Nairobi, Health Apps Need an Internet Connection – Next City 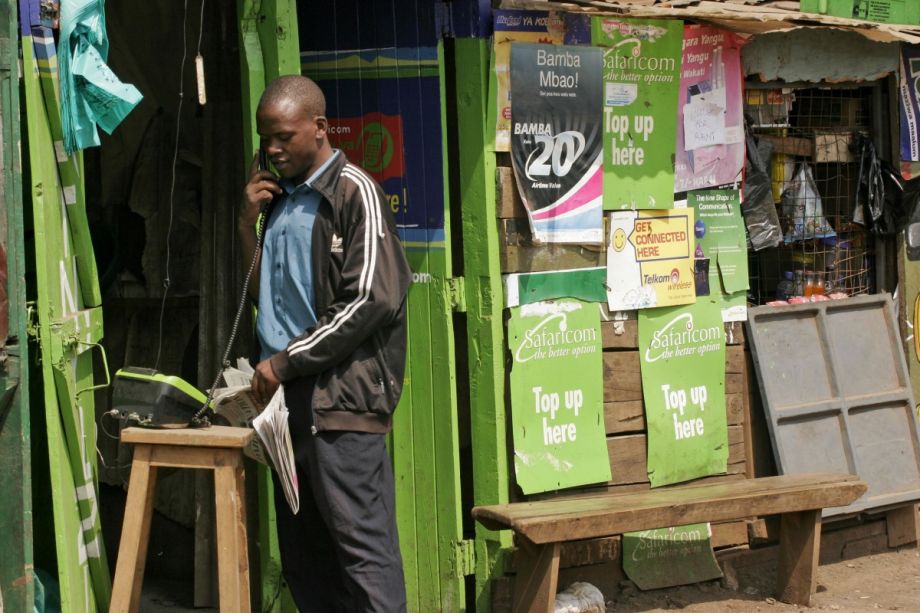 “Somebody beat me,” Liz says, explaining her blackened left eye. She declines to say much more, but it’s easy to guess that the incident didn’t involve a rapid response by paramedics. Liz is a vendor whose tiny stall is perched on a hill in Kibera, a community of nearly one million people in Nairobi, Kenya. One of the largest slums on Earth, the area is too densely packed to permit ambulances — if there were any available – to enter. “If you call the government … it’s difficult for them to report,” Kibera phone vendor Gerald Graiga says.

Worldwide, mobile phone apps are providing health information, linking people to providers and promoting healthy behavior. So when people like Liz have medical emergencies, technology could possibly reduce the gap in response.

The authors outline multiple methods of rapid data-gathering that are already established practices of the corporate sphere, most of which offer the means to quickly observe users’ health behavior and road-test apps under development using first-draft approximations. In a press release, Asch refers to this as “a culture of experimentation, in which front-line clinicians and employees can turn insights into initial data, with snippets of time and small budgets.”

Using health apps to cover the gap in emergency services in Kibera sounds appealing and feasible. A sprawl of tin shanties on narrow, winding, unmarked lanes, the Kibera community is lacking sufficient quantities of almost any amenity one could name. It is not lacking in vibrancy; locals are welcoming, and the hyper-intense violence that characterizes a place like Khayelitsha, near Cape Town, South Africa, is less visible here. Nonetheless, the area is known for its lack of safety. According to the Kibera Law Centre, “Violence is rampant … women are routinely beaten, raped, or sold into prostitution; men and women are denied police protection [and] medical care … .”

Among the parts of society that work best are cell phones — as common here in Kibera as most of the planet. They’re already in use against the communal violence in the area. In 2007, Kenyans pioneered mobile technology that rapidly gathered information about post-election violence as it unfolded. A text message system was even briefly used to help map a serious outbreak of post-election violence in 2007 and 2008.

In Blueprint for Revolution, political organizer Srđa Popović describes a youth-led effort to develop a Kibera map with GPS technology. The project initially involved a quick draft of a map with data points noting risks of violence and other factors relevant to quality of life. Printed on paper and passed out to community members, the map garnered community participation resulting in “five hundred data points and then hundreds and hundreds more.” Eventually, the United Nations funded “map-related alerts via text messages sent directly to their cell phones” on violence outbreaks in the neighborhood. Despite resorting to paper and pencil, the youth-led rough draft map was an approximation of how the final map and text system. In a way, it was not all that different from the methods Asch and Rosin explain.

Those methods surpass what other researchers say most health apps currently do. Another recent study includes a sweeping review of health-related apps for mobile phones. Lora Burke, the lead author of that American Heart Association-funded paper, notes that the findings confirm that healthcare generally lags behind private industry.

“There’s a lack of evidence supporting the apps, particularly in terms of sustainability,” Burke says. Her paper notes an exceptional rate of “declining engagement and attrition (often as high as 40%–50%)” as “characteristic of digital health interventions.”

Burke emphasizes that the evidence base is too weak to comment on Africa. But on the street in Kibera, another reason for poor app engagement seems clear: global inequities in Internet access. While phones are common almost everywhere on Earth, the ability to access the Internet is by no means as ubiquitous.

In Kibera, I interviewed about a dozen people. Most showed me simple phone models, ranging from flip phones to models incapable of downloading. (Even these weren’t ubiquitous. Two prospective interviewees slouched away, alleging their phones were charging at a distant location, and another briefly showed a clearly broken phone before refusing to answer any more questions.)

Very few said they’d downloaded an app, and most said their browsing was limited to a Facebook app pre-installed on local down-market smartphones. Nobody seemed familiar with Ushahidi or the map app, and even informal businessman Gerald Graiga, whose work involved refurbishing a wide range of phones, admitted the apps were unfamiliar.

If there is a way to use a phone to access emergency care in Kibera, it is a rather old-fashioned one. “Just phone a friend,” suggested Graiga, an answer most people echoed.

Some didn’t even offer that idea. When I asked Liz, who sells phone minutes, if she’d been able to access any help for the assault that left her bruised, she dropped her head onto the counter and let out a nervous laugh that, after a second, sounded like crying. It was the only answer she gave.