This Sensor Could Cut Through Data Clutter of Smart Meters 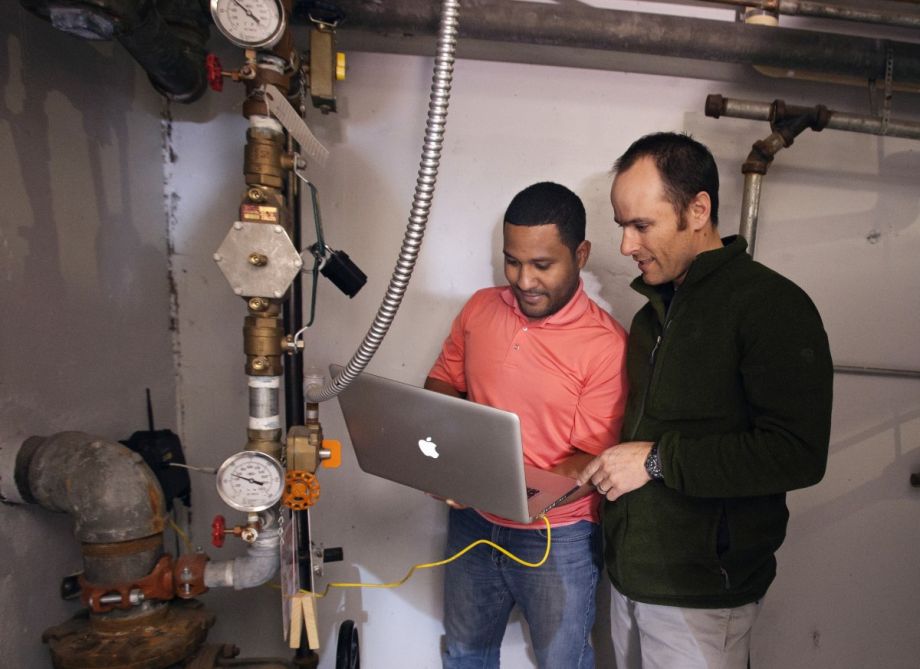 Water metering in many places today is an old-school, low-tech endeavor. In Utah, as in many other states, readings are taken just once a month, often by water agency staff driving around neighborhoods and picking up the signals from radio transmitters affixed to analog meters. Usage is rounded to the nearest 1,000 gallons, which provides neither the agency with the necessary information to spot leaks nor the households with an accurate picture of how they use their water.

“Smart” digital water meters on the other hand can capture a much higher fidelity of information — even down to distinguishing the water usage of individual appliances — by logging flow as often as every five seconds. But without tools to interpret it, all that data can just be a burden.

“[Smart meters] are capable of collecting data with really high frequency but what’s missing from the picture is the ability to turn that really high frequency data into information that the utility can use to help in managing the water supply,” says Jeff Horsburgh, assistant professor of civil and environmental engineering at Utah State University. “Without that, let’s call it cyberinfrastructure, to go with the new smart metering physical infrastructure, all of that data gets in the way.”

Horsburgh is working to develop that cyberinfrastructure, with the support of a $507,000 CAREER grant from the National Science Foundation. He’s created a magnetic sensor that can be slipped into an analog meter to take a reading every five seconds. More importantly, it turns each meter into a distributed computing device, allowing usage data to be interpreted in the field.

Even radio-signal-enabled meters must be read by city staff driving or walking by because of the sheer computing power necessary to send the data they collect to a centralized location. And even if it could be sent this way, most utilities wouldn’t have the resources to make useful observations from the data.

Horsburgh’s cyberinfrastructure would do it for them, sifting out the impact of individual appliances from the total household use. “You see what a toilet flush looks like, you see what a faucet turning off looks like, you see what the washing machine looks like,” says Horsburgh. Instead of sending a mass of unsorted data back to the utility — remember, these sensors take a reading every five seconds — the devices will disaggregate all of the individual end uses, sending back a manageable package of information about how homes are using their water.

On the agency side, Horsburgh says this could help spot leaks faster, and suggest the most effective targets for conservation campaigns. The data might show dishwashers are the highest water users in the house, indicating that an incentive program to purchase higher-efficiency dishwashers would be a good use of agency resources.

“Those are things they can do to affect the actual demand [for water] and if they can keep the demand down it allows them to prolong investment in and development of new water sources, which can potentially save them money in the long run,” says Horsburgh.

He acknowledges that installing such devices will be expensive to agencies, but it’s also costly to undercharge for water. Many water-rich areas still don’t meter at all, billing residents for a flat fee that doesn’t reflect the actual impact on water supplies. “Right now water is so ridiculously cheap, because it’s subsidized to the extent that people aren’t really paying for what they’re getting,” says Horsburgh. “But you can only hide the cost so long.”

As urban populations grow and water becomes more scarce, and more allocated, Horsburgh predicts that utilities “are going to start pricing water much more based on tiers of use and how the water is used, not just the amount of water that’s used.” Information that can point to those uses with a high level of specificity will allow agencies to charge for the true cost of water, potentially netting them more revenue from previously underbilled customers, while encouraging customers to consume less.

The read-outs could be beamed back into the household as well, providing residents with real-time measurements of their water consumption. “Part of the study is to figure out how people respond if they’re given that level of detail about their water use: Do they change their behavior? Do they not change their behavior? Do they care?” asks Horsburgh.

To find out, the NSF grant is funding the installation of about 50 smart meters on homes in the Cache Valley in northern Utah, as well as in residential buildings on the USU campus. The different dorms will participate in a water war program to see who can be the most efficient. Horsburgh plans to monitor the campus meters before, during and after the competition to figure out both how much water they can save, and whether any efficiency gains last after the game is over.

There’s still a lot of work to be done on the software that will visualize this data, both for users and agencies. And Horsburgh acknowledges that once developed, it will take some time to adopt. Water meter manufacturers will need to take up the charge, integrating smart sensors into their products and making the analytics software commercially available. Cities might have tens or even hundreds of thousands of residential connections; they’re going to want a technology that makes readings easy. Easier than driving around the city once a month, at least.