Local Gov’t. Must Play a Role in Making Cities Smarter – Next City

Local Gov’t. Must Play a Role in Making Cities Smarter 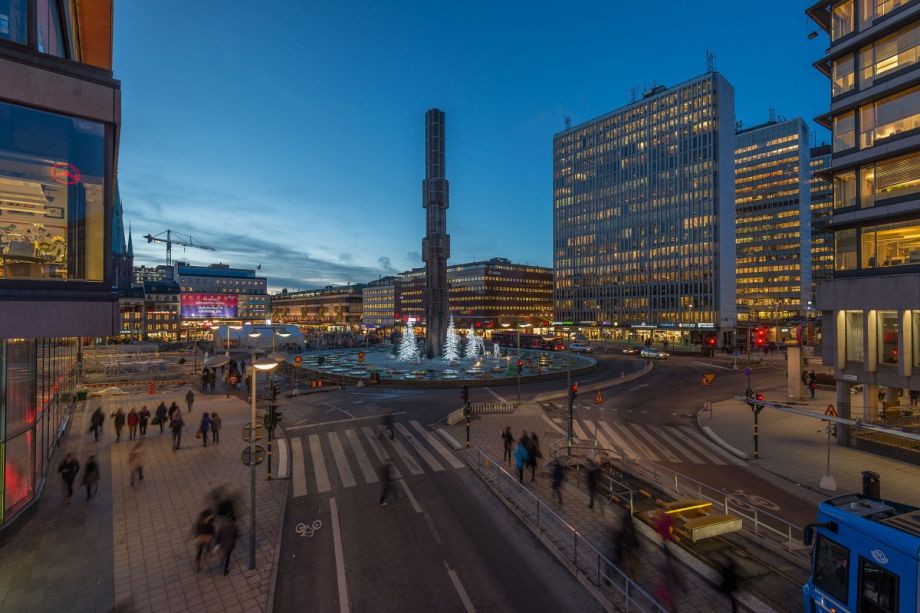 Twenty-five years after the public gained access to the internet, data has not only exploded in volume but also grown increasingly heterogeneous and unstructured. With the proliferation of smartphones and GPS navigators, urban mobility has emerged as a particularly fertile domain for using “big data” to make cities “smarter.”

But critics have raised concerns over the manufactured hype around “big data” and “smart cities” as the answer to all urban problems, and some debate the role and responsibility of the public sector in smart city technology. As architect and urbanist Rem Koolhaas said two years ago, “Smart cities and politics have been diverging, growing in separate worlds. It is absolutely critical that the two converge again.” Yet politics has rarely been absent from making “smart” cities, but rather present in varying forms, some highly favorable to corporate interests while short on public accountability.

Transforming Urban Transport: the Role of Political Leadership (TUT-POL), based at the Harvard Graduate School of Design, is focusing on the role of political leadership in the successful implementation of path-breaking transportation policies. Building on case study research from around the world, the TUT-POL team has identified effective tools, strategies and tactics for advancing innovative and sustainable urban transportation.

San Francisco, California
It may come as little surprise that this tech hub was the first place where ride-sourcing operations like Uber, Lyft and Sidecar launched. In transitioning from rogue operations to mainstream service in San Francisco, ride-sourcing companies lobbied public decision-makers and rallied passengers and drivers to sign petitions, contact government officials and attend public meetings. Yet it was the decisive actions of elected and appointed officials like San Francisco Mayor Edwin Lee and California Public Utilities Commission President Ed Peevey to thwart regulatory crackdowns on ride-sourcing operations and facilitate creation of a favorable new set of rules at the state level that spelled the success of ride-sourcing.

Despite criticisms about unfair competition, violation of labor standards and discriminatory practices, for public decision-makers, ride-sourcing provided a cost-effective and potentially transformative model for enhancing public mobility. It additionally stood as a visible embodiment of the “sharing economy,” a central part of Lee’s economic development strategy for the city.

Stockholm, Sweden
As the tech startup capital of Europe and an epicenter of the “smart cities” movement, Stockholm was the first city to adopt congestion pricing on the results of a voter referendum following a full-scale trial. The system consists of a cordon around the inner city, with number plate recognition cameras at 18 charging points automatically registering vehicles as time-differentiated tolls apply in each direction. Drivers can arrange for charges to be automatically deducted from their bank accounts or pay their monthly invoices on the website, over the phone or at designated stations.

Long a highly controversial issue among Swedish political parties, congestion charging resurfaced in 2002 with the ascendance of the Social Democrat-Green coalition and gained initial fruition as a seven-month trial. In preparation, local authorities, under the leadership of then Mayor Annika Billstrom, worked with Ericsson and other global IT industry leaders from early on and awarded IBM the prime contract to develop a robust operating system and prepare backup plans in case of system failure. During the trial, traffic volumes and congestion visibly improved and a majority of Stockholm residents voted in favor of continuing the congestion tax.

Following, it passed a round of partisan negotiations at the regional level tying congestion charging revenues to regional roadway and transit investments and gained parliamentary approval under a conservative-led government to become national policy in 2007.

To provide a transportation alternative to the demolished highway, the city further overhauled the bus system between 2002 and 2007, establishing an electronic tracking and monitoring system to coordinate schedules and fare management among the different private, regulated bus companies. Moreover, Seoul partnered with LG to create the Korea Smart Card Company, a public-private corporation in which it retained 34.4 percent ownership. The “T-money” smart card integrates bus and subway fares and generates real-time information to users and government authorities to effectively manage 35 million daily transactions and inform transportation planning processes. The technology was later exported to New Zealand and Malaysia.

These cases indicate that political and democratic pressures — as well as contextual factors — shape the mode of “smart” city making. As San Francisco voters included a growing percentage of tech sector workers and executives as well as ride-sourcing users, many of whom are active in local politics, the local progressive movement was torn by internal battles and the lack of a cohesive agenda. Put simply, regulatory outcomes served the better-resourced and mobilized constituents. In Stockholm, elected officials answered to all city residents voting in the referendum and negotiated with their regional counterparts to link congestion charging revenues to other transport infrastructure investments for parliamentary approval, which further broadened policy gains. For Mayor Lee Myung-bak, pursuing a massive public space project for environmental improvement and economic development not only enhanced his appeal to a local electorate and national leadership that largely stood to his left, but also proved a demonstrable ability to proficiently manage the project and deliver widespread gains. Ultimately, the effort boosted his political ambitions for the presidency.

Moving forward, commodification of the smart city ideal is unlikely to cease, as are power and resource disparities in urban politics, planning and development. However, to the extent institutional structures, political processes and democratic pressures also continue to impact public decision, city-making practices — “smart” or otherwise — will face contention and reprise. Big data and smart cities don’t necessitate the corporatization of cities or a declining public sector role in urban planning and management. It falls upon public authorities, residents and other local stakeholders to harness new technologies and private sector initiative to improve the quality of urban life.

Diane Davis is Project Director for TUT-POL and a Charles Dyer Norton Professor of Regional Planning and Urbanism and Chair of the Department of Urban Planning and Design at the Harvard University Graduate School of Design. She is an elected member of the Urban and Regional Development Section (RC21) of the International Sociological Association (ISA) and a member of Panel SH3 (Environment and society: environmental studies, demography, social geography, urban and regional studies) of European Research Council. She has published several books on urban development.

Lily Song is a Lecturer in Urban Planning and Design and Senior Research Associate with the TUT-POL project at the Harvard University Graduate School of Design. Her teaching and research focus on issues of urban sustainability, livability, and justice; race and class politics in American cities and postcolonial urban contexts; and community development. She holds a PhD in Urban and Regional Planning from MIT.