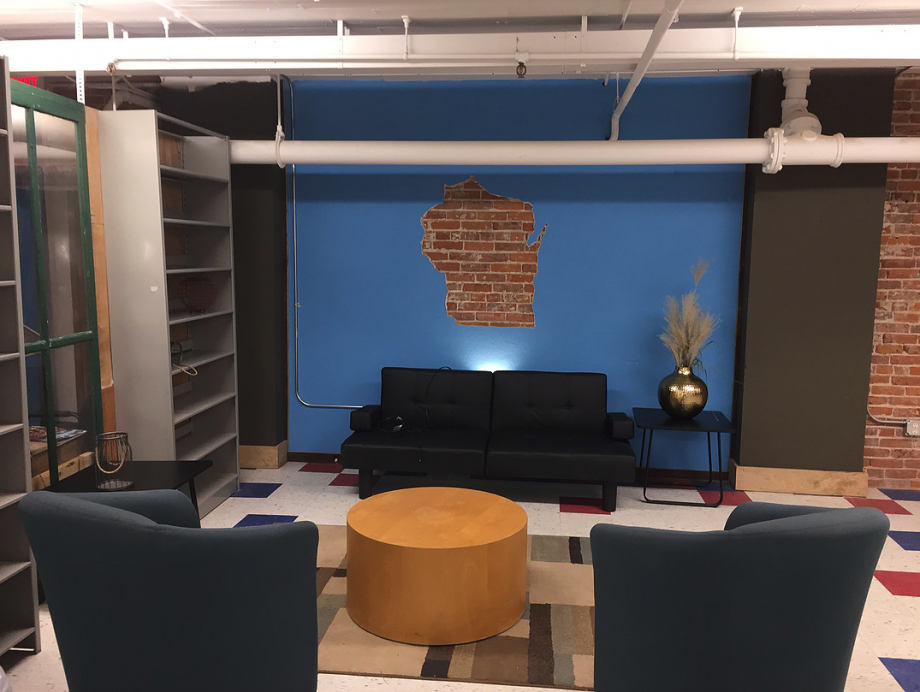 Not too long ago, Adrian Lipscombe was bicycle coordinator for the city of Austin, working across departments to advance the bike agenda and working with Austin cyclists to help them get their voice into various city processes. She was also earning a Ph.D. from the School of Architecture at the University of Texas at Austin. But something was still missing.

“Even though we’re taught to build buildings and do construction and plan and do city work, people are always missing from the conversation,” she says.

Lipscombe started supplementing her doctorate work with courses in other departments, like social work, sociology and anthropology. “I was looking at those, looking at different cultures and culture classes, different African-American studies and Latino studies, those are the things I feel as a planner we should be responsible for understanding and knowing,” Lipscombe explains.

Meanwhile, on the practice side, “the frustration was how fast we build and how little we put into the participation or going out for the engagement. We’re planners, we’re always behind our computers, we’re always at a meeting. The meetings that we go to we’re always talking about people, but the people we’re talking about at the table are never there,” she adds.

As Lipscombe approached the end of her academic work, the desire to put to use her combination of listening and planning and design skills resonated with an unlikely partner in an unlikely place, Andrew Londre, from La Crosse, Wisconsin. The two first met in Chattanooga, Tennessee, as Next City Vanguards in 2014. They quickly became friends, stayed in touch and also had the chance to meet again, in the same place, at Startup Week Chattanooga 2014.

After Londre convinced Lipscombe to visit La Crosse for the first time in January 2015, the two decided to co-found Urbanlocity, an urban planning and design firm that puts community engagement at the core of its planning and project model.

“The profession of planning is one that, I think, has some universal failings or challenges. I think the majority of planners understand that there are areas for improvement,” says Londre. “I think what you see far too often in planning processes is that the general community and what they can add to the project itself and what they’re responsible for is usually a tiny little infinitesimally small piece of it at the beginning, and then they’re rarely ever engaged again.”

Urbanlocity starts with community engagement, and carries it through as many phases of any beautification or revitalization plan as it can. They don’t plan on carrying out any project without first getting a sense of the history of a place and the priorities of existing residents.

Lipscombe essentially puts the listening skills she picked up in social work, sociology and anthropology courses and elsewhere to work, gathering information about the current status of a neighborhood. How did it get to this point? What are existing priorities?

“We’re strangers, even though Andrew is from here, we’re considered strangers, we want to make sure we understand the true story,” Lipscombe says. “Once we start going out and analyzing the area, there’s usually a project or a concern that comes up.”

For their first big project, looking at a former downtown area in northern La Crosse, there is a concern about blighted storefronts and how to stimulate the area more. According to Lipscombe, they didn’t even go there without an invitation from a few existing small business owners who have operated in the area for years. On behalf of the community, those businesses took on the cost of bringing in a planning and design firm to begin shaping a broadly shared vision for the area.

“Usually the city has an RFP that comes out in which they just want to do community engagement, but now we’re seeing that this community wants something,” says Lipscombe.

At the same time, since La Crosse is a smaller city, Londre says it’s not too difficult to bring in representatives from city agencies to various community meetings.

“One of the interesting parts about working in a small community is you’re dealing with so many of the same actors so regularly,” Londre explains. “For example, Adrian and I were at the neighborhood development meeting for the local CDC I started when I just got out of college. That’s an organization that meets monthly, the county planning department, the city planning department and neighborhood leaders and large employers all around the table.”

In a small city, Londre argues, it’s easier to have city, county and state officials on the same page as neighborhoods, working off the same plan, contributing in different but complementary ways. “We’re saying here are some of the things that the city, the county and maybe the state are going to have to take the lead on, but here is a plethora of things that the neighborhood, the local merchants can do together or individually,” he says.

Londre admits that if it works, and the city gets better, there is the risk of La Crosse becoming the “next hot city,” which would threaten to bring in new, young professionals from other places and displace the existing residents that helped make the place even better than it already is. But they also share a vision that what happens in La Crosse doesn’t have to stay in La Crosse.

“I firmly believe that the next migration of talent, particularly the millennial generation, is going to be to smaller and mid-size cities because I think they’re realizing that they’ve been sort of sold this notion that they only fit in and belong in big cities,” Londre says.

Big cities are great for some, he adds, and that’s great for them, but they’re not for everybody. Lipscombe and Londre want to set a precedent that as millennials move into smaller cities, they need to first recognize the history of where they are, and the priorities of those who are already there, and only then begin figuring out how they can fit in and bring their unique gifts and talents to bear on making cities of all sizes better places to live for all.

“We’re building a firm but we’re also helping and building a stronger community,” says Lipscombe. “We want to be part of the community, we don’t just want to be a business.”