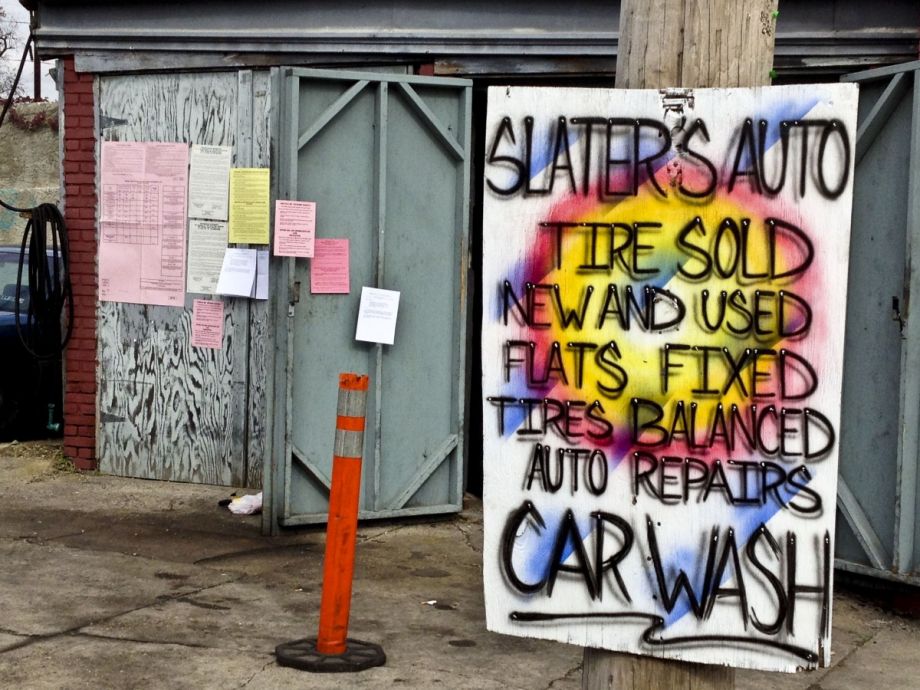 Most voters in Philly reported to their local school, community center, church, mosque or synagogue to cast ballots yesterday, but a few got a more colorful assignment. From beauty parlors where “I Voted Today!” stickers competed with combs and brushes for table space, to auto repair shops where voters sidestepped stacks of tires to reach the voting booths, Philadelphia this year re-imagined community space to serve a civic function on election day.

At one coffee shop-turned-voter station, a sign pasted to the door directed, “voting to the left/coffee to the right.” A barista said the ward had approached the cafe to host the polling because it has a large back room and is handicap accessible.

See below for photos from some of Philly’s quirkier polling places.

All photos by Allyn Gaestel