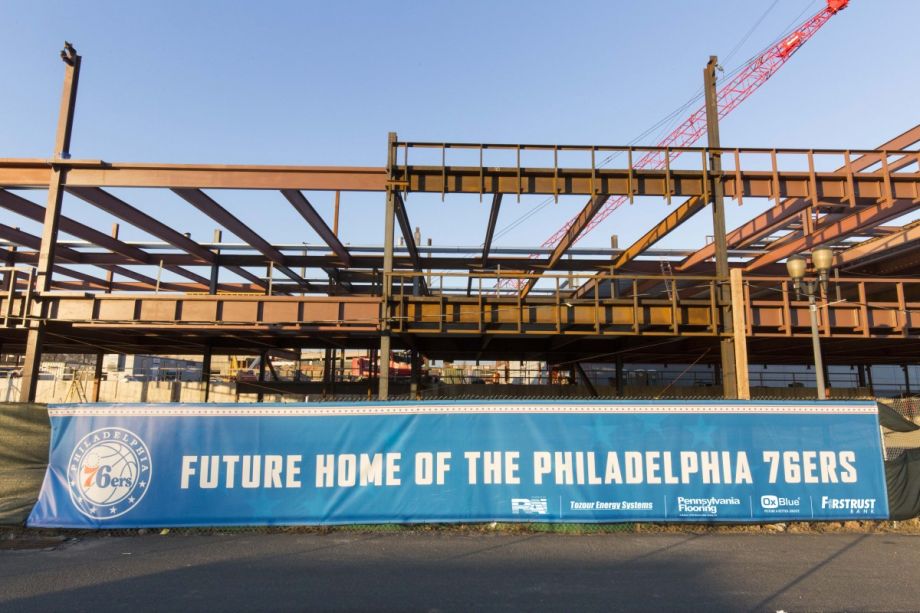 The Philadelphia 76ers hope to spark some of that anchor institution magic with their brand-new, 120,000-square-foot practice facility currently under construction in Camden, New Jersey, right across the Delaware River from the NBA team’s host city. The venue, which is getting the help of $82 million in state tax incentives, will include a 10,000-square-foot startup incubator called the Sixers Innovation Lab.

“We’re really the first professional sports team to do this and run it in-house, rather than lending our name and outsourcing it,” says 76ers Senior Vice President Katie Grossman O’Reilly. “We want it to impact the community, we want people to be attracted to Camden and Philadelphia and to come here, start their companies and hopefully stay in the area.”

Startups will get a six-month residency at the incubator, which doubles as an office space/innovations testing ground for Kimball Office, a Jasper, Indiana-based office furniture company and co-creator of the Sixers Innovation Lab. Other benefits include access to the team’s legal, accounting, finance, web design, marketing activation and creative services.

The team is also hiring project managers, with entrepreneurial and venture capital experience, who will be dedicated to supporting resident startups. “We plan to be neck-deep in the day-to-day,” says 76ers Chief Revenue Officer Chris Heck. The team’s HR department will also provide startups leadership development and training based on what it uses internally.

In exchange, the Sixers and Kimball will take a shared 4 percent equity stake in each startup, in addition to possible future investments made by team executives on their own decision.

The team is casting a wide net. “Our scope is really wide, we’re not just sticking to sports and technology,” says Grossman O’Reilly. She’ll be leading a road show this summer up and down the East Coast, visiting universities, business schools and other potential startup sources. There won’t be any preference for Philadelphia-area companies or other demographic preference.

That said, sports-related technology or other consumer-facing products are likely to be a good fit for the Sixers Innovation Lab, given one of the main assets the team has to offer: marketing partnerships.

“You’re in front of 15, 20,000 fans for 41 games a year,” says Heck, as well as the television audience, which is global. “If you have XYZ company, and it’s not even out on the shelves yet or there’s no other direct marketing, isn’t it a pretty good idea to get your brand out there, get it recognized?”

Innovation Lab residents will also have access to the Sixers’ professional network, including investors. Like a few other professional sports franchises, the Sixers don’t have just one owner, but rather an ownership group that includes a bunch of investors in the private equity and venture capital world. Will and Jada Pinkett Smith also own a minority share in the team.

There are 20 advisers already signed on to the lab, including eight early-stage investment groups from around the country, and also the Wharton School of Business at the University of Pennsylvania, and the team is recruiting more. “We’re bringing on professional service providers in legal and accounting, finance, creative, web design, business solutions. We’re looking for partners in each of those categories to come on board and be a part of this and work with the resident companies,” Grossman O’Reilly says.

The program caps off with Demo Days for each of the startups, beginning in August 2017, where they’ll get to present their business concepts and plans to project partners and investors.

“Building relationships is what we’re good at,” says Heck. “We think sports is an unbelievable conduit to get into different spaces and be better every day.”