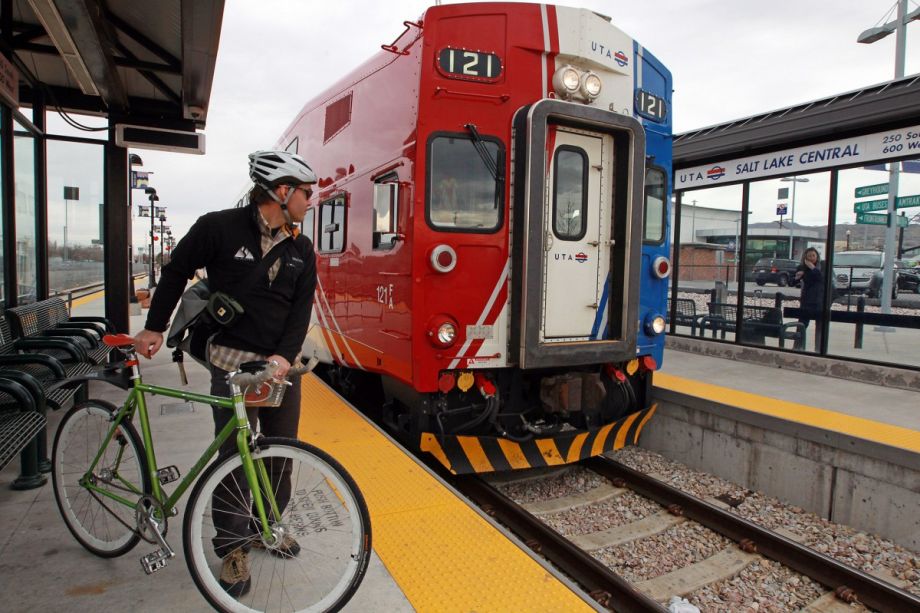 Urbanist media was abuzz on Monday after the American Public Transportation Association released its transit ridership numbers for the fourth quarter of 2013. The headline number is how many trips Americans took on buses and trains last year: Nearly 10.7 billion, up 1.09 percent from last year’s count. Looking beyond that figure, though, here are six deeper dives into the APTA’s findings:

This year’s total ridership is the highest since 1956. But in 1956 the U.S. had a population of 169 million, about half of today’s 318 million. So while the absolute numbers are back up to mid-1950s levels, relative ridership is nowhere close to recovering. The country has taken a profoundly anti-urban turn since the end of World War II, and while it is clearly edging away from its suburban and exurban character — multifamily rental housing construction as a proportion of total housing starts, a leading indicator of transit ridership, hit 30.8 percent last year, the highest since data was first collected in the 1970s — a complete reversal doesn’t appear to be on the horizon. Even cities that haven’t significantly suburbanized are off from their postwar peaks. In 2012, for example, New York only had as many transit riders as it did in 1950, despite having a slightly higher population.

Buses in Decline, But Still King

The lowly bus route may be in decline — total bus ridership was off 0.1 percent from 2012, with trolleybus numbers falling 1.35 percent — but buses still serve more trips than all forms of rail (heavy, light and commuter) combined, and will for the next few years at least. Americans took about 5.4 billion bus trip in 2013, compared with 4.7 billion across all modes of rail. While rail may be sexier, those looking to boost transit ridership numbers should pay at least as much attention to buses.

There was one bright spot for buses, though: In cities with populations of fewer than 100,000, bus ridership grew 3.83 percent.

“It’s all about, if you build it, they will come,” Michael Melaniphy, APTA’s president and chief executive, told Reuters about the data. But it seems that the main story of heavy rail — elevated and subway systems — is that larger ridership boosts are possible without new construction. Heavy rail ridership across the country grew by 2.79 percent over last year, with very little new construction.

Miami was the runaway winner in relative terms (the second time in less than a week), posting ridership increases of more than 10.6 percent a year. While the system did open its new stop at Miami International Airport in 2012, boardings at this station weren’t much higher at the end of 2013 than in 2012. The vast majority of the ridership jump, then, came from stations that were already in place 10 years ago. But while the new airport station is responsible for a minuscule bump in ridership, the increased service that came along with it — a new “Orange Line” service pattern was created, reducing headways in the system’s core — likely went a long way to attract new passengers.

Los Angeles saw the next highest relative increase in heavy rail ridership, with 4.78 percent more trips on its Red and Purple Line subways in 2013 than in the year before, despite not having opened any new stations since 2000. New York’s subway also posted ridership gains of 4.18 percent, despite closing a tunnel between Brooklyn and Manhattan in August for Hurricane Sandy repairs.

While the overall trend in U.S. transit is away from buses and toward rail, it’s the reverse in the nation’s capital: Riders are abandoning the Metrorail system in D.C., Maryland and Virginia, and flocking to Metrobus within the District. Metrorail ridership fell 2.65 percent from last year, while bus ridership jumped 3.45 percent — tied with Cincinnati and Houston for the largest relative gain. While Metro has its own explanations for the rail ridership drop, Dan Malouff at Greater Greater Washington wasn’t buying it in September when the agency’s own fiscal year numbers came out, instead blaming the agency’s atrocious service during weekend track work. Weekend ridership in June 2013, for example, was off 12 percent from June of the previous year.

Many cities saw larger relative bus declines than Chicago — Detroit’s bus ridership is in complete freefall, with 12.6 percent fewer passenger trips than last year — but none saw as large of an absolute decline. The nation’s third largest bus network saw ridership decline 4.62 percent from 2012, for a total loss of 14.5 million trips.

There are a few possible explanations for the sorry state of bus ridership in the Windy City. One is that 12 routes were cut at the end of 2012, although service increased on another 48. Another possibility is that the five-month closure of a few Red Line ‘L’ stations on Chicago’s South Side also decreased demand for the east-west bus routes that feed into the elevated train’s workhorse line. (‘L’ ridership was only down 1.07 percent over the same period.) There were also troubles that involved people boarding buses for free because the new electronic fare payment medium, Ventra, was on the fritz. Finally, the cost of Chicago Transit Authority passes went up in the beginning of 2013.

I’m not sure why it’s listed as a commuter rail corridor since it’s clearly an intercity route, but the Keystone Corridor’s Harrisburg-to-Philadelphia service saw a 33.9 percent jump in riders between 2012 and 2013, growing to 4,200 each weekday. (Between the fourth quarter of 2012 and the fourth quarter of 2013, it more than doubled.) The gains are possibly due to incremental speed enhancements along the line over the past decade: While in 2004 most of the track limited service to 70 miles per hour, trains can now travel along some segments at up to 110 miles per hour. If you haven’t read former Amtrak President David Gunn explain how he upgraded the corridor on the sly, avoiding the bureaucracy that normally comes with high-profile capital projects, it’s worth a few minutes of your time.