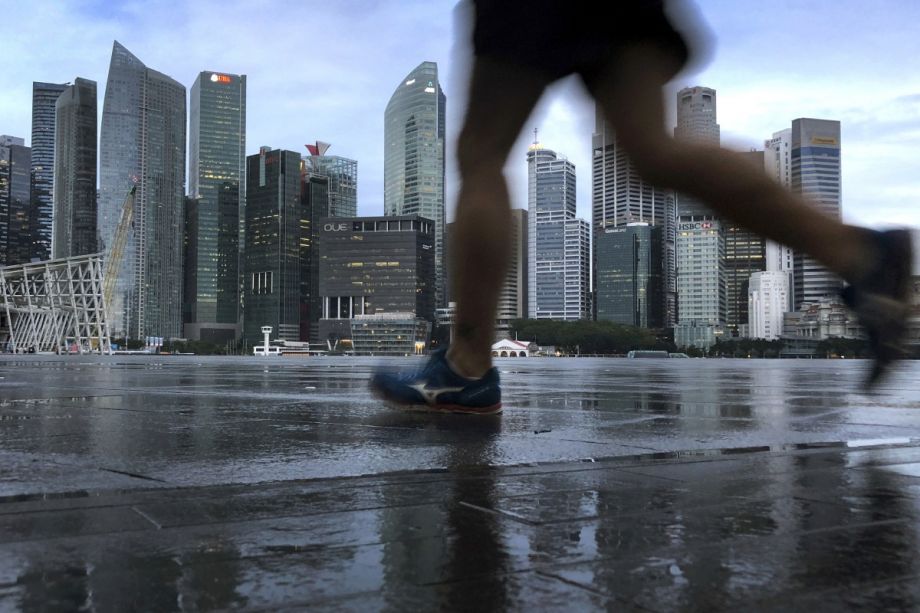 Here’s Where Singapore’s Next Metro Line Will Run

Singapore’s Land Transport Authority has revealed where the city-state’s planned seventh metro line will run, releasing details about the Jurong Region Line on May 9.

The line will also serve Tengah, an area slated for future development.

The project has grown in size and scope from when it was first proposed as part of Singapore’s 2013 Land Transport Master Plan. Then, the line was to be 20 kilometers (12.43 miles) long and open by 2025. Subsequent studies led to the revised plan unveiled May 9. This plan calls for the line to open in three phases starting in 2026.

The first phase consists of 10 stations: the seven-station spine from Choa Chu Kang to Bandar Junction, a two-station west branch to Tawas and a one-station south branch to Boon Lay. The seven-station east branch, which will split from the main line south of Tenga and run through the center of Jurong to Pandan Reservoir, will open in 2027; this branch will add two more stations serving Tenga. The final phase will open int 2028; it will add three stations to the Tawas branch, extending it to Peng Kang Hill, and four to the Boon Lay spur, turning it into a branch to Jurong Pier.

Now that they have a pot of money totaling about $2.5 billion over the next 40 years to play with, MARTA and Atlanta officials are figuring out what they want to spend it on, and where. As of now, the Atlanta Journal-Constitution reports, they’re inclined to spend it on 21 miles of new light rail lines, 18 miles of bus rapid transit routes, new arterial rapid bus routes, two new transit centers and renovation of a bunch of existing stations.

That 21 miles of new LRT, however, includes only a third of the amount proposed for the Atlanta Beltline, the 22-mile hiking-biking-transit corridor and linear park that’s planned to encircle the city. And that has Beltline advocates upset.

In particular, urban planner Ryan Gravel, who came up with the idea of the Beltline as a transportation and recreation facility that would also include new housing and commercial development along its route. Gravel is particularly upset about the inclusion of the four-mile Clifton Corridor light rail line in the list of projects recommended by MARTA and the city. This line would run from Lindbergh Center station on MARTA’s Red and Gold lines southeast to Emory University and the Centers for Disease Control and Prevention, an area recently annexed by the City of Atlanta.

“The short answer is, it’s not enough,” Gravel said of the project list. “It’s pretty frustrating that they’ve made all these promises all these years and this is all they’ve got. It’s like they don’t feel any sense of obligation.”

Atlanta resident Aaron Goldberg, who lives close to the Beltline’s Eastside Trail, told the Journal-Constitution, “I don’t think Emory should be able to jump the line.” He pointed out that when Atlanta voters approved the half-cent sales tax increase for transit, the Emory/CDC area was not even part of the city. Atlanta annexed it, however, in part to improve transit service to the area.

The total price tag for the projects is $11.5 billion, however, which means that MARTA and the city will still have to seek outside sources of funding beyond traditional Federal matching funds to complete them. And that list was itself culled from a larger list of possibilities presented to voters before the election.

MARTA Board Chairman Robbie Ashe told the paper, “This is an attempt by the staff to best reflect the [transit] priorities in an equitable fashion and maximize the return on investment from the finite dollars we have.” The list of recommended projects will be subject to a series of public hearings this summer before a final list is submitted to the board for approval in September.

Hong Kong’s Mass Transit Railway is one of a very few rapid transit systems worldwide that actually turns a profit on its operations. The way it does so, however, is unusual: it’s a real estate developer as well as a transit operator. MTR Corporation owns land around its stations, on which it erects buildings, fills them with residents and businesses, collects rents and plows them into the maintenance and running of the buildings and the subways alike.

Hong Kong is also one of the most densely populated places on Earth, but MTR officials evidently believe this model will work in less dense cities as well, for Metro Report International says it’s exporting its rail-and-property-development model to Europe after successfully implementing it in other Chinese cities. The company has named surveyor John Robinson head of property for its European business, charged with identifying sites where the MTR model might be deployed in Europe.

“Developing above and around stations often brings with it added complexity of design or construction, but we see real potential for combining our railway operations and property development expertise here in Europe and giving greater focus to this in our overall development plans,” Jeremy Long, CEO of MTR’s European business, said May 9.