Since 2000, Old Networks Yield More Transit Growth Than New Ones – Next City

Since 2000, Old Networks Yield More Transit Growth Than New Ones 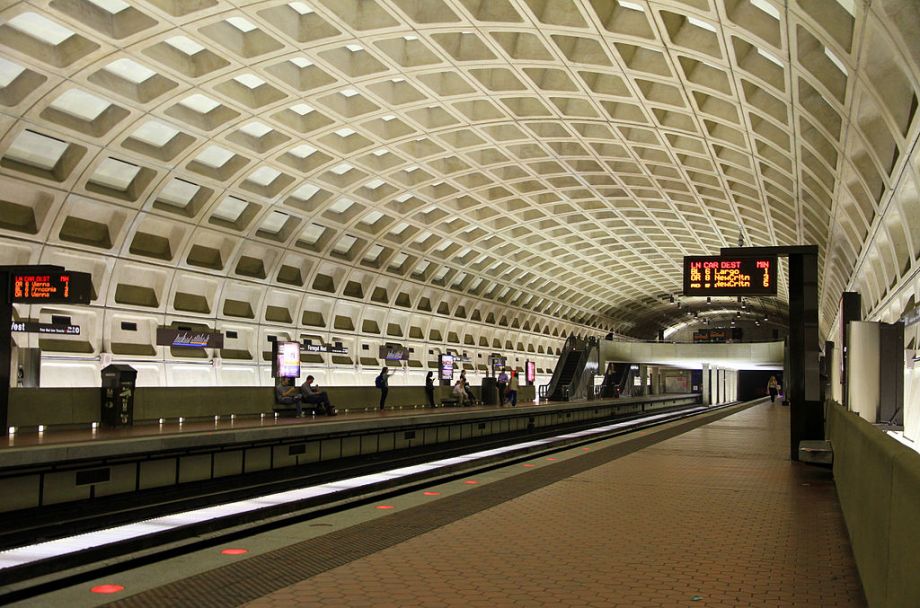 The latest 2012 American Community Survey data are out — the so-called five-year estimates, which are the most accurate of the 2012 survey results — and inspired by tweets from blogger Yonah Freemark, we took a look at the changes in transit mode share for large U.S. cities since the 2000 Census. The results show that cities with older rail networks tended to gain more riders for work commutes than those with newer systems. (We looked at cities, not car-dominated metropolitan areas.)

The biggest winner was Washington, D.C., where 37.8 percent of workers commuted by transit in 2012, compared to 33.2 percent in 2000. While the city’s Metrorail network is relatively new, its stations were built out long before 2000. Columbia Heights and Georgia Avenue opened in 1999 and the NoMa infill station in 2004, but all the rest opened between 1976 and 1993.

Following D.C. was New York City, whose transit commute mode share rose from 52.8 percent in 2000 to 55.6 percent in 2012, despite not opening any new subway stations since 1989. (It did, however, upgrade a few limited bus routes to its bus rapid transit-lite “Select Bus Service” brand.) San Francisco’s transit mode share rose from 31.1 to 32.4 percent, while it opened a new Muni light rail line but no new BART subway stations. Philadelphia’s transit share rose from 25.4 to 26.3 percent — similarly, no new rail stations opened.

Los Angeles did best among cities that have significantly expanded their rail networks, though not as well as one might think. The proportion of Angelenos riding buses and trains to work rose from 10.2 to 11.1 percent, bested by all of the above cities that didn’t add any new rail service. Between 2000 and 2012, the city opened dozens of new rail stations. The 20-mile Gold Line light rail opened its stations in 2003 and 2009, and eight new Red Line heavy rail subway stops opened in 1999 and 2000. Its Silver Line (quasi-)bus rapid transit route opened in 2009.

L.A. did at least beat out Chicago and Boston, whose transit shares rose from 32.3 to 33 percent and 26.1 to 26.7 percent, respectively. Neither city added any new rail stations.

Beyond that, the best that large cities with new transit could hope for was for their riderships not to fall. Phoenix saw its light rail line, which extends to Tempe and Mesa, open at the end of 2009, but by 2012 its transit mode share had barely budged — up just 0.16 percentage points from 3.4 percent in 2000. Salt Lake City’s transit share stagnated at 6.3 percent, despite the fact that the city opened three light rail lines, one commuter rail line and one bus rapid transit route since December 2009.

A disturbing number of cities saw their overall transit mode shares decline, in spite of new rail investments. Houston and Dallas saw the biggest drops, from 5.9 to 4.5 percent and 5.5 to 4.2 percent, respectively. In fact, both cities actually saw absolute declines in overall transit usage, not just in mode share. These declines in transit use came despite Houston opening its fairly successful Red Line in January 2004, and Dallas opening dozens of stations on its four light rail lines. (Though perhaps these rail ridership numbers should be taken with a grain of salt – the American Community Survey only counted 1,812 total rail commuters in Houston, despite the Red Line’s 36,250 weekday boardings in 2012. Dallas had a reported 4,188 rail commuters, with a light rail system that saw more than 100,000 weekday boardings in 2012, though not all of its stations are within city limits.)

Denver saw its transit share decline a full percentage point from 8.4 percent, while opening a number of light rail stations in the city and its suburbs. Cleveland’s HealthLine is the highest-quality bus rapid transit system in the country, but its opening in 2008 wasn’t enough to stop the city’s transit mode share from falling from 12 to 11.1 percent. Portland opened an aerial tram, dozens of MAX light rail stations and a streetcar, but still saw its transit commute share fall from 12.3 to 11.9 percent.

If there’s one ray of hope here, it’s that Washington, D.C. saw transit use rise decades after building out its rail networks. Hopefully cities like Los Angeles, Salt Lake City, Houston, Dallas and Portland, which greatly expanded their fixed-guideway networks in the 2000s and continue to grow out their systems, will see similar gains throughout this decade.