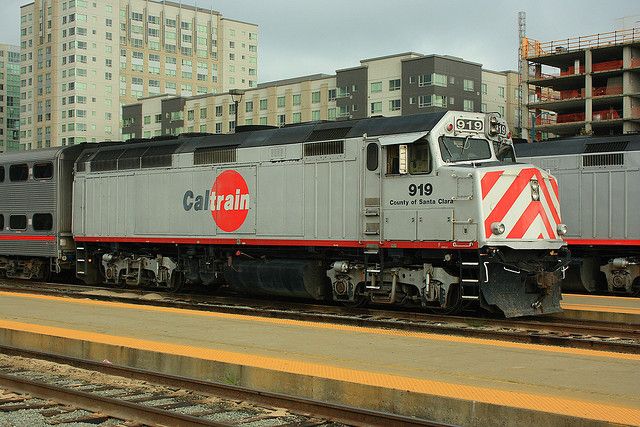 The past few weeks have seen major media outlets turn their eyes on Silicon Valley’s cash flow. And, no, it’s not because of Apple’s taxes. (Odds are every big corporation does something vaguely similar one way or another — the tax code is the problem, not Apple. But that’s a conversation for another day.) It’s the income inequality that is spiraling out of control and lack of affordable housing in a part of the country flush with cash.

Norimitsu Onishi wrote in the Times that the income inequality from the tech sector was sparking a housing boom that pushed families out of Silicon Valley. Then Matt Yglesias argued over at Slate that Onishi was right about the income inequality but dead wrong about the housing boom. (Neither of them mentioned the staggering homelessness in San Jose.)

We can all agree on one point: The income inequality continues to increase as more and more cash flows into Silicon Valley. But the housing boom? Depends on who you ask. Michael Lane, the policy director at the Non-Profit Housing Association of Northern California (NPH), said that, “We actually are having a housing boom, but it’s just market-rate apartments. And thousands are being built in Santa Clara County.”

This is the battered foundation of the housing woes in Silicon Valley: Lots of market rate-apartments but very little affordable housing. And this problem is only exacerbated by the fact that 67 percent of Silicon Valley’s projected job growth over the next decade will be in sectors paying less than $50,000 a year, according to Moving Silicon Valley Forward, a 2012 report from NPH and Urban Habitat.

That’s a totally respectable living. But not when there is a lack of affordable housing near job centers and a lack of options to get there (for example, over 45 percent of workers who commute to San Mateo County from outside the county earn less than $40,000). And all those tech companies in Silicon Valley employ janitors, security guards and administrative assistants that fall under that umbrella. Not to mention all the retail and service jobs near these hubs. “Because we had inclusionary zoning challenged in San Jose they’re losing out on the potential to create actual affordable homes inside those market-rate developments,” Lane told me. “And those are multi-phase developments. So there’s thousands of market-rate apartments being built, no affordable units.”

The lack of affordable housing goes beyond actual shelter. All these employees that can’t find an affordable place to live near work then move further out. Since many of these job-rich areas aren’t always served by mass transit, it loads up the roads with cars. Basically: More jobs equal more traffic and greenhouse gas emissions.

All the tech companies are aware of the dearth of affordable housing in Silicon Valley. “There is a widespread acknowledgment of that problem,” Lane said. But he thinks it lacks the public investment that might send market signals. “We need to increase funding at the local, regional and state level,” he said. “We’ve seen an abandonment of affordable housing funding at every level in California.” Last year, California Governor Jerry Brown dismantled the state’s redevelopment agencies — the primary vehicle for financing affordable housing in the Golden State, as Josh Stephens wrote in an April 2012 Forefront story — and struck down a law that allowed regional agencies to use property taxes to finance affordable housing and commercial developments.

The Draft Plan Bay Area could complicate matters even more by being shortsighted. The plan, released April 2 and put together by the Association of Bay Area Governments (ABAG) and the Metropolitan Transportation Commission (MTC), throws around a term that sounds great in theory: Sustainable communities strategy. They want to create more housing near transit and jobs and preserve agricultural space and park areas. Which, by all means, please. But Lane told me the Plan lacks equitable distribution for the expected influx of jobs. It places 95 percent of the housing growth in only 15 cities classified as Priority Development Areas (PDAs). If the Plan spread that out more, they might be able to plan for more affordable homes near all of the transit hubs. In its current state, the Plan simply can’t accomodate the expected growth in low-paying jobs and necessary affordable housing

Silicon Valley has a mess on its hands. The lack of affordable housing forces many of the employees out. And the inconvenience and/or lack of transit puts them in cars. Some people are spending up to 70 percent of their income on transportation and housing. Lane gave me the impression that government has completely abandoned affordable housing and that the Draft Plan Bay Area needs some serious restructuring to make sense in the longrun. So who is going to pony up and spark some investment in the community and affordable housing? Maybe Apple can start by allocating some of that money they saved on taxes to some new development.