Shrinking the “Play Deficit” – Next City 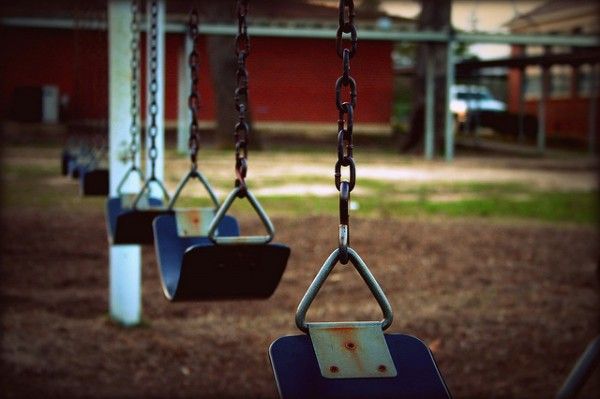 Time spent outdoors has decreased among kids by nearly half since the 1980s. Credit: Flickr user Mish Mish

Swing sets and monkey bars may seem like classic hallmarks of American childhood, but they’re an increasing rarity for U.S. kids. Only one in five children today live within walking distance of a park or playground, according to the Center for Disease Control and Prevention, and many lack access to spaces for play altogether.

That’s why different cities and towns around the country implementing programs to improve play access for their youngest residents. Many would appeal to urbanists: On Sundays in Ferguson, Mo., streets are closed to cars to make room for residents to play — the sort of temporary move livable streets advocates have been promoting for years. In Pico Rivera, Calif., volunteers turned a vacant lot into a play space, which helped revitalize the largely Latino city.

“We have to turn the tide on the notion that play among children is a luxury,” said Mike Vietti, communications manager at the national non-profit KaBOOM!, which annually spotlights such initiatives. He emphasized that with play connected to rates of ADHD, childhood obesity and underperformance in the classroom, play ought to be treated as a necessity.

Indeed, a 2010 study in Health Affairs found that in neighborhoods without a nearby park or playground, incidence of childhood obesity increased by almost 30 percent. Conversely, children living with half a mile of a park or playground are about five times more likely to have a healthy weight.

Overall, time spent outdoors has decreased among kids by nearly half since the 1980s, according to a 2004 University of Michigan report.

Vietti explained how communities are increasingly seeing the value not only in open parks and playgrounds, but ways of connecting those spaces of play with walking paths, sidewalks or bike trails. For instance, the city of Whittier, Calif., recently completed a five-mile bike/ped trail that replaced an abandoned railroad and connects various amenities across different neighborhoods. (This writer thought of a ground-level High Line or Reading Viaduct.) Towns with similar trails complete or in progress include Bloomington, Ind., Cocoa, Fla. and Sweetwater, Tenn.

Surprisingly, many of the initiatives highlighted this year are found in Sun Belt cities, most of which you wouldn’t think of as particularly walkable. Henderson, Nev. plans to open 5.5 acres of park space for every 1,000 residents, and Arlington, Texas is experimenting with a mobile playground that travels from neighborhood to neighborhood.

Combine these with the fact that younger people are driving less, and upcoming generations might get a lot healthier.