Should De Blasio Use Post-Sandy Reconstruction to Push His Equality Agenda? – Next City

Should De Blasio Use Post-Sandy Reconstruction to Push His Equality Agenda? 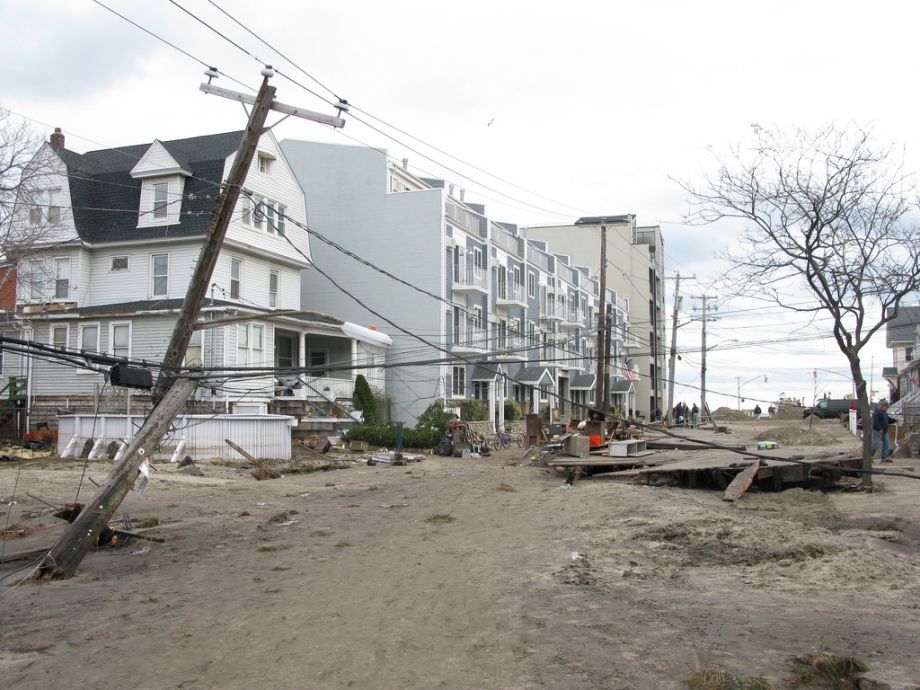 Advocates are pushing for Mayor de Blasio to use post-Sandy reconstruction as a way to address inequality. Photo credit: Dakine Kane via Flickr

It’s is easy to measure rebuilding and resiliency efforts in terms of infrastructure: You can count the miles of bulkhead and tons of fill and point to the buildings improved and the systems made stronger. In those figures, there’s the comfort that comes from repairing what was damaged, and maybe even building it back stronger than before.

That way of thinking drove New York’s post-Sandy recovery efforts for more than a year. A few months after the storm, Governor Cuomo told Rachel Maddow, “We will build back, and we will do it better and stronger than before.” “These funds,” Mayor Bloomberg announced in February of last year, “will help New Yorkers who were the hardest hit by Sandy get back on their feet and help communities build back stronger and smarter.” There is even a city program named simply “Build it Back.”

But is it the best use of billions of dollars to simply build it back, or even rebuild it better? That’s the sort of tough question a group of progressive organizations in New York City has been asking lately, everywhere from community meetings to City Hall. They’ve been hearing from neighborhood residents and the de Blaiso Administration that New Yorkers in need deserve more than a return to how things were before.

The Alliance for a Just Rebuilding, a coalition of labor unions and community, faith-based, environmental and policy organizations, believes that the city’s rebuilding and resiliency efforts can also be a once-in-a-generation opportunity to improve the lives of millions of low-income New Yorkers. They don’t just want to build infrastructure back or even build it back better. They want to use rebuilding and resiliency efforts as a way to address the inequality that plagues New York City.

“In our perspective Sandy exacerbated preexisting crises in New York City,” says Nathalie Alegre, coordinator of the Alliance for a Just Rebuilding. “Inequality, jobs and housing crises were underway before the storm hit our shores. They were made worse and brought to light in its wake.”

In a report released last month, the group detailed how the de Blasio administration and other city leaders can use rebuilding programs to combat inequality.

Their first suggestion, fittingly, is to improve the city’s Build It Back program. Since it was introduced by the Bloomberg Administration last June, only 110 of the 19,920 families who have applied for assistance have signed paperwork finalizing how much aid they’ll receive. Not a single homeowner has seen Build It Back-funded work start.

The Alliance for a Just Rebuilding not only urges the de Blasio administration to speed things up, but also to reopen registration for the program and improve outreach to low-income homeowners and renters. They also want to ensure that Build It Back funds are available to undocumented New Yorkers, who, according to the group, currently inhabit a legal gray area in terms of access to assistance.

The Alliance has its sights set on more than just aid distribution, though. They want to ensure that large infrastructure projects paid for with rebuilding funds abide by the highest possible wage standards, comply with and expand local-hire requirements, and work with contractors who participate in apprenticeship programs. These efforts, they argue, will not simply rebuild the city, but also help remake and improve the lives of its workers.

“There is moral imperative for the city to connect Sandy survivors, low-income New Yorkers and local people to job opportunities,” says Alegre.

The report also urges the de Blasio administration to use rebuilding funds in an effort to improve affordable housing, particularly in some of the city’s hardest hit communities. One way to achieve this would be to attach affordability requirements to federal aid that goes to landlords. Otherwise, the authors argue, “Landlords could take this opportunity to fix up units and drastically increase rents.”

New York City’s vast public housing system also gets attention. Chronically underfunded and in woeful disrepair long before Sandy hit, many of the city’s largest tracts of public housing are in areas that were inundated with flood water. The report recommends an array of measures from fine-grain interventions like using recovery money to build multi-purpose community centers (that can be used in emergency scenarios but also house job-training programs) to using disaster recovery money to leverage further investment that could significantly shorten the long list of rebuilding, resiliency and repair challenges facing the system.

“Public housing is a very important track of government control,” says Alegre, “where we can model ideas of a more progressive agenda for resiliency.”

The de Blasio administration has met with members of the Alliance for a Just Rebuilding several times, including at a campaign even in the Rockaways last September where Mayor de Blasio, then a candidate, said, “Now, with these new resources from the federal government, we have to use it as a moment, not just to right the wrongs of Sandy but start righting some greater wrongs.”

That kind of message gives the Alliance hope. “Overall, the administration has been open to our suggestions,” says Alegre. “We’re looking to see the Mayor follow through on commitments he made as a candidate.”