Should Cities Reject Bad Transit Until Something Better Comes Along? A Lesson from Zurich – Next City

Should Cities Reject Bad Transit Until Something Better Comes Along? A Lesson from Zurich 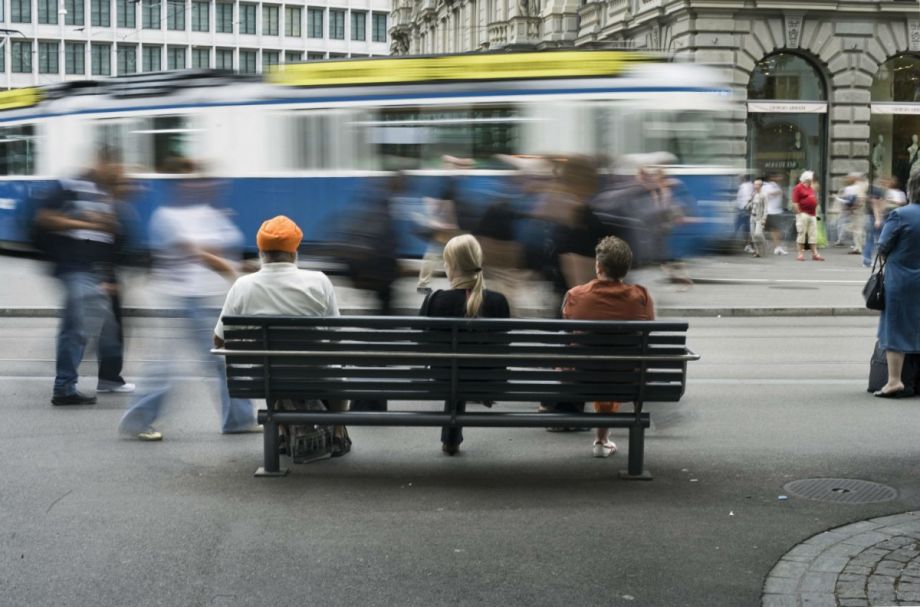 In city after city, U.S. transit advocates face a similar problem: What to do with bad, or at least less-than-perfect, public transportation proposals? Big transit projects don’t come around every day, and rejecting a proposal, perhaps one with support in high places, in the hopes that something better will come along can leave you with nothing.

In New York City, advocacy groups seem to universally bemoan the death of the ARC commuter rail tunnel at the hands of Gov. Chris Christie in 2010. We haven’t built a new Hudson River rail crossing in more than a century, and New Jersey Transit’s growing commuter rail ridership — in many ways North Jersey’s economic lifeblood — will hit its rush hour capacity limits soon. Amtrak has already come up with a replacement concept, Gateway, which is clearly better designed: Gateway’s Manhattan terminal will be much shallower and easier to access than the very deep ARC station, and the tunnel will provide more operational flexibility by also connecting to Penn Station.

But Gateway isn’t as far along in the funding process as was ARC, and at best Christie’s actions still set the tunnel back five or 10 years. Even among those who recognize Gateway as superior to ARC, there’s a sense that the possibility of a better project in the future wasn’t worth the delay.

Austin, Texas faces a similar dilemma with its new light rail line. The city and its consultants have already ruled out the most promising route, which would connect Austin’s downtown with its densest residential tract along a busy bus route. Officials are now in the process of picking the actual route, which will likely end up looking either decent or bad. The options are building the southern segment down the garden apartment- and strip mall-strewn East Riverside Boulevard (decent), or the northern segment up to the Highland Shopping Mall (bad). While neither of these are ideal, something might be better than nothing.

On the other hand, something better actually could come along, as it did in Zurich. The citizens of Switzerland’s largest city rejected subway proposals in two major referenda, spending three decades debating and planning before finally opening the S-Bahn suburban railway network — a model of effective transit and worth the wait.

In the 1950s, Zurich was pursuing a transportation plan similar to that of San Francisco. The goal was to replace old, aboveground trams with a new light rail subway to free up space on the surface for cars, which would feed into a new highway system. “This light rail system,” Zurich city archives read).pdf, “was to be the first step in turning Zurich into an auto-oriented city.”

But the rail plan still had to be put to a referendum, as do all momentous decisions in Switzerland. Somewhat unexpectedly, voters rejected various iterations in 1962 and 1973. “Zurichers like to dream up big plans,” the archives read, “but they’re also realistic. A lot of ideas therefore end up in the trash.”

Rather than moving its surface transit underground, Zurich decided to strengthen and speed up the bus and tram networks through dedicated transit lanes and priority at stoplights (approved in 1977), and to expand trams to the city’s outer reaches and beyond (still under construction). The less controversial half of the rejected 1973 plan, an S-Bahn regional rail system, was eventually built.

An S-Bahn system, much like Paris’ RER or Philadelphia’s commuter rail network, involves merging existing suburban railways in dedicated rights-of-way into a central trunk line through the heart of the city, generally in tunnels through the city center. A suburban rail system with headways of 15-30 minutes on the branches, the various lines combine downtown to create a more frequent express network for getting around major transit hubs, which complement the existing surface rail system used for shorter-haul trips. The system has proven very popular and is under continual expansion.

Of course, Zurich is not New Jersey or Austin. Christie’s desire to redirect the money to highways, and not a genuine concern over cost or engineering, appears to have motivated the ARC cancellation. But in Zurich, the motives for rejecting the subway weren’t necessarily pure, either. Anti-growth sentiment, a sort of referendum on Zurich becoming a true metropolis, appears to have fueled some of the opposition. The word “Manhattanization” was even used, paralleling some of the contemporary opposition to the BART subway/commuter rail system in San Francisco.

Yet the decision to focus on strengthening existing rail networks, rather than building out entirely new ones underground, appears to have paid off. The S-Bahn didn’t open until 1990 — a full three decades after voters rejected the first referendum — but the trams, buses and S-Bahn now serve a huge proportion of the region’s population. In Zurich, a full 63 percent of residents get to work using mass transit, far more than in comparable Western European cities.

While the future of transit between Manhattan and New Jersey is not as certain, it looks likely to follow a similar (albeit far less effective) trajectory to that of Zurich. While the ARC tunnel will not get built, Amtrak’s superior Gateway tunnel has momentum — some space has already been reserved for the tunnel. While other ambitions for Amtrak’s Northeast Corridor look like pipe dreams, the Hudson crossing is a more realistic element. The plans are not as advanced as those for Gateway, but the MTA is also interested in running trains from Long Island through Penn Station and directly into New Jersey, better utilizing existing infrastructure, as Zurich has done with its S-Bahn and surface transit network.

Those promoting certain transit plans often argue that it’s either now or never: Best not to let the perfect be the enemy of the good. But Zurich has shown that holding out for better, more cost-effective projects that leave money for more expansive networks can sometimes be the best decision. Or, at least, not a totally irredeemable one. The key — whether in Zurich, New Jersey, Austin or elsewhere — is making sure that something better does indeed happen.