Shanghai’s Rush to the Future – Next City

Shanghai’s Rush to the Future 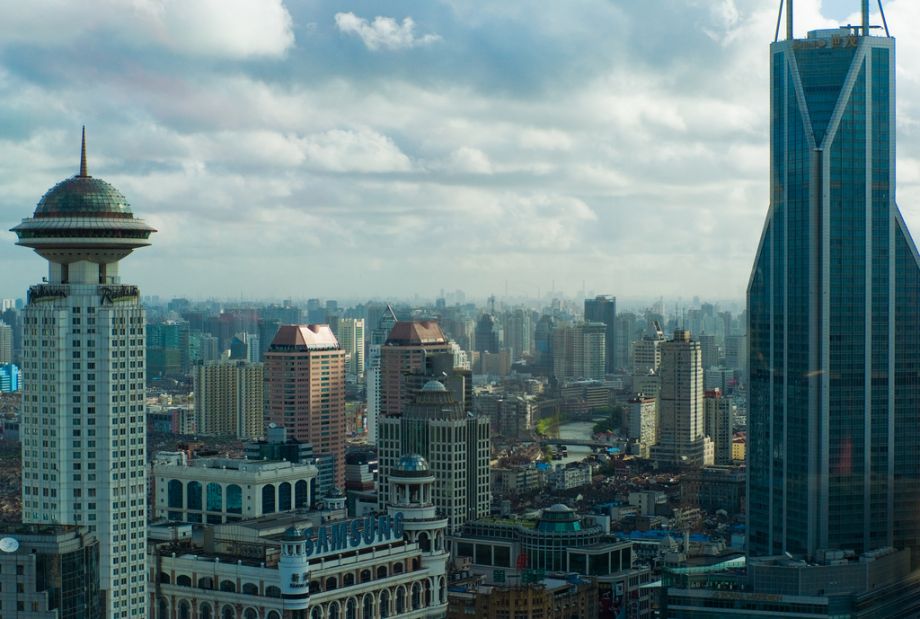 Symbols of the past, present and future have been amplified to delirious levels at World Expos — and this summer’s Expo in Shanghai will be the loudest. The speed of Shanghai’s transformation would be unprecedented even without the Expo. The looming event has only pressed the accelerator down harder toward something that might more or less be called progress. “Even those accustomed to the speed and scale of Shanghai’s recent growth cannot but be shocked by the frenetic pace of the contemporary transformation,” writes Shanghai-based blogger Anna Greenspan. “Every sidewalk is being dug up, every shop front is getting a paint job, scaffolding is everywhere. Near the Expo site itself, Shanghai looks like a war zone.”

If the human mind were not wholly capable of carrying on despite contradictions, Expo 2010 might cause heads to explode. Most of the event’s “environmentally sustainable” country pavilions will be demolished after the event is finished. Shanghai expects a flow of 70 million visitors, but will have to find a way to mute the attendant dissent that such a high-profile event stands to invite. Even the medium and the message are paradoxical: Shanghai plans on presenting the most dramatic display of futurism the world has ever seen by way of hosting a World Expo, an anachronistic institution whose glory days came to a halt decades ago. Long gone are the extravaganzas in New York, London, Paris and Chicago. Latter-day Expos are generally unspectacular events ensconced in third-tier cities.

Flash forward to 2010 and we find the World Expo back on a major global stage. Shanghai has the look of a first-tier world city, a place that offers us ready-built visions of some far off civilization. “A futuristic city is one that regularly inspires dreams and nightmares,” argues Jeffrey N. Wasserstrom in his invaluable recent book Global Shanghai, 1850-2010, “not just within but also well beyond its borders, and one that is thought of as rich in disturbing portents and also promise.” It isn’t hard to see why Shanghai has the audacity to hold itself up as a model. Wasserstrom — who has seen Shanghai transform since the mid-1980s — pointed out two things to me: 1.) A baby born in Shanghai today has a longer life expectancy than one born in New York, and 2.) Shanghai’s skyscrapers now outnumber New York’s. Shanghai’s myriad landmarks, he says, make it look like a city that has already hosted a World’s Fair.

The Expo is an obvious symbol of optimism for Shanghainese, but Wasserstrom points out that there are mixed feelings about the Expo and about Shanghai’s pace of development altogether. There is an ample crowd of proverbial have-nots who find themselves left out of China’s marked growth. Moreover, this 21st century incarnation of Shanghai has a new problem: overdevelopment. Wasserstrom points out that not everyone wanted an electromagnetically levitated train beaming through their neighborhoods on a daily basis, and some residents pushed back against it. The Expo itself displaced 18,000 people, according to one estimate. We still don’t know the extent to which “modernization” really means higher living costs and eventual dislocation for people living in the city center.

These tensions give the Expo lightening rod potential. “The ridiculous silliness that is the Shanghai Expo would of course just be funny if it wasn’t for the vast amounts of money and resources being squandered on the white elephant by both Shanghai and the governments of the world keen to suck up to Peking in any way possible,” writes China historian Paul French. True, preparations for the event raise more questions than answers. How does the Expo’s burgeoning vision of a more comfortable, connected, fast-paced urban life square with China’s deepening class divides? How will the Expo’s embrace of cosmopolitan spontaneity fit with the government’s apparent ambition to keep things sanitized? Either way it will be fascinating to see what Shanghai and 200 participants from around the world really mean by the slogan “better city, better life.”