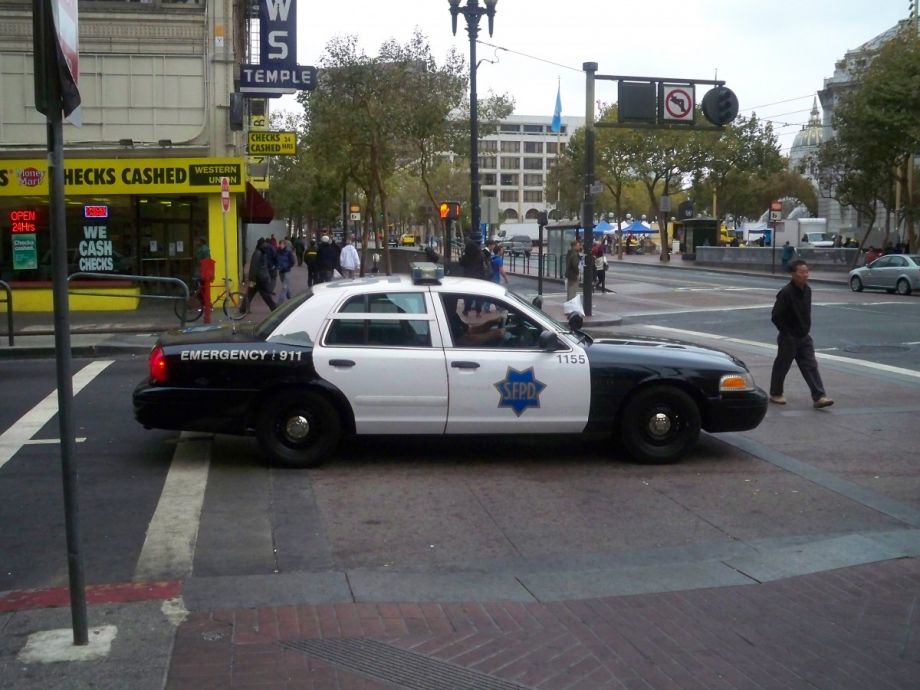 Proposed legislation to track city-owned vehicles in San Franciso would exempt law enforcement, for now. (Photo by D.C.Atty via Flickr)

In a bid to reduce collisions, save money and encourage safe driving, San Francisco Supervisor Norman Yee has introduced legislation to track where the city’s 7,800 vehicles are going and how quickly, reports SFGate. He proposes installing GPS-enabled “black boxes” in city-owned cars, which would allow the city to review vehicle expenses, investigate collisions and improve route planning. The Board of Supervisors will vote on the bill on Tuesday.

“It would tell how you’re driving, where you are driving and when you’re driving. It’s in many ways a preventive measure. People would be a little more cautious about how they do things,” Yee said.

The ordinance would require city departments to monitor data in real time, rather than sending it out to a private company. The city administrator and department heads would also be required to review the aggregated data in order to find potential efficiencies. Yee pointed to a 2015 report by the budget and legislative analyst’s office that cites numerous benefits of tracking city vehicles this way, including “the potential to improve safety, reduce operating costs, reduce vehicle emissions and identify potential waste and fraud.”

Nearby, Yolo County began collecting similar data in 2012 to discourage sheriff’s deputies from driving above 90 miles per hour unnecessarily. Within a year of installing the system, unwarranted speeding dropped by 91 percent. San Francisco could also benefit from reducing the amount of money spent settling claims involving city-owned vehicles. Between 2010 and 2015, the city spent $76.9 million on settlements and judgments from claims and litigation related to its vehicles, according to that 2015 report.

Roughly 75 percent of the city’s vehicles would be required to have tracking systems under the legislation, compared to 39 percent that have them now. After opposition from law enforcement departments, Yee amended the bill to exempt vehicles used by the sheriff’s department, police department, and juvenile and adult probation departments.

Those departments and their unions protested that tracking such data could put deputies at risk. The public could request the data through records requests, said a spokesperson for the sheriff’s department, to determine what routes officers are using to transport prisoners to jail.

Boston’s police officers similarly pushed back against GPS-tracking requirements, but the systems were eventually installed. Yee said he has not given up on the idea of requiring the systems for San Francisco’s law enforcement.