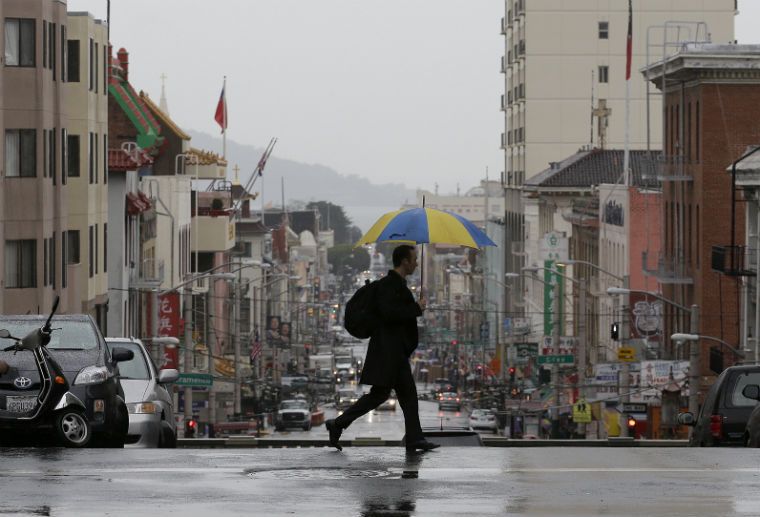 Well into its second year of a Vision Zero campaign, San Francisco can put another mark in the win column for pedestrians.

A newly re-aligned freeway ramp for Highway 80 in San Francisco was unveiled yesterday after ongoing backlash over the original design. The new configuration is less dangerous for walkers negotiating the area where freeway traffic dumps into a neighborhood.

“The new off-ramp features safer conditions for pedestrians while creating a significantly more valuable parcel of land that will allow for development of new retail space and housing, more than one-quarter of which will be affordable,” the San Francisco Transportation Authority posted on the project website.

The crosswalk enables pedestrians to more safely cross the off-ramp with a push-button-activated crossing signal. Fixing the ramp, which was meant to be completed by January, took longer than expected because of the area’s heavy contamination with motor oil and lead.

On the other side of the U.S., some are calling for freeway ramp fixes in Philadelphia. After two bike-share riders ended up on a central freeway earlier this month (video of the trek, below, went viral), Philadelphians pointed to a general trouble of unmarked expressway ramps. A Philadelphia magazine writer called one ramp a “death trap,” and local cycling advocates noted that streets officials might need to step up with clearer signage for the safety of less-experienced bike-share users.