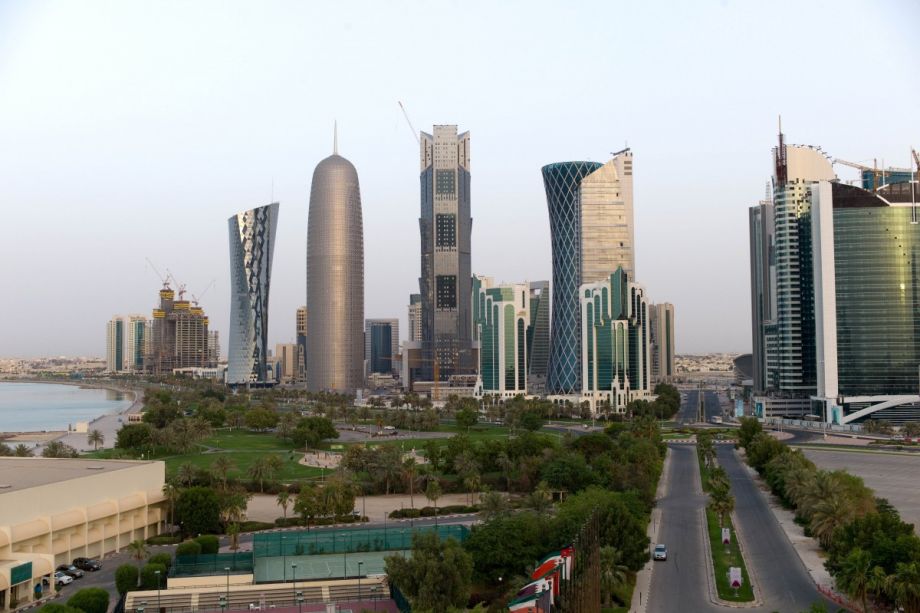 Metro Report International reports that metro service began in Doha, capital of the Persian Gulf state of Qatar, with the soft opening of the first segment of the Red Line on May 9.

The 13-station segment runs from Al Wakra in the south to Al Qassar in the north. Driverless trains will operate daily from 8 a.m. to 11 p.m. at the outset.

This segment is the first of three lines under construction since 2013 to open. Two more Red Line segments will open later this year: a four-station northerly extension to Lusail and a one-station spur to Hasan International Airport. The east-west Green and Gold lines are also slated to open by year’s end. The Gold Line will run from Al Aziziyah in the west to Ras Bu Abboud in the east, and the Green Line will run from Al Mansoura in the city center west to Al Riffa. All three lines interchange at Msheireb station in the city center.

Together, these three lines constitute the first phase of the Doha Metro construction project. Future extensions to all three lines are planned, along with a fourth line, the Blue Line, which will run in a semicircle around the city center.

Both traffic and rail riders should move more easily and quickly through a section of northern Buenos Aires with the opening of a new elevated viaduct on the Tigre Line from Retiro Mitre station.

The International Railway Journal’s report on the viaduct’s opening notes that in his remarks at the May 10 ceremony, Argentinian President Mauricio Macri remarked that the viaduct was the first new railroad viaduct built in the city in a century.

The viaduct will ease congestion on the streets of the densely populated district through which it runs by eliminating eight at-grade railroad crossings and reconnecting two streets that the rail line split in two. About 1 million people live in the area around the viaduct.

The broad-gauge (1,676 mm/5-foot, 5.9-inch) Tigre Line is 30 km (18.6 miles) long and carries more than 100,000 riders each day, making it one of the busiest in South America. The viaduct will also speed their rides as well; Wander Argentina states that the viaduct cuts 20 minutes off of the one-hour travel time from end to end.

There’s an ongoing debate in transit circles over whether ride-sharing services like Lyft and Uber complement or compete with public transportation. The emerging consensus is that the answer is both. And now one more transit agency is considering climbing on the ride-sharing bandwagon.

The Columbus Dispatch reports that the Central Ohio Transit Authority and Grove City, a suburb southwest of Columbus, Ohio, are considering setting up a transit-on-demand service serving most of the community.

As with the transit-on-demand service in Pacifica described in this column last week, this service would dispatch transit-agency-operated vehicles — in this case, six-passenger vans — to pick up riders in its service area and take them to their destination. If that destination is another location within the zone, the ride would cost $3; if it’s a stop on one of the two COTA bus routes that serve Grove City, it would be free.

According to the article, Grove City businesses are especially interested in this service because it will help employees get to and from their jobs. There are about 13,000 jobs in the city. Those who take the bus routes can face walks of as much as an hour to reach their workplaces, and as Grove City Area Chamber of Commerce Executive Director Shawn Conrad told the Dispatch, “if it’s cold, hot, snowy or icy, a few days of experiencing that and they’re done.”

Grove City’s city council must approve the pilot program before it can launch in July.

One by one, New York City’s subway lines are being brought into the modern era of train operation as signaling systems dating back to when they were built are replaced. The latest is the No. 7 (Flushing Line) route in Queens, which has become the second city subway line to implement automatic train operation (ATO), according to a story in Railway Track & Structures.

The launch of ATO on the Flushing Line comes a few months after it switched to communications-based train control (CBTC), a system that relies on trains reporting their positions to computers rather than wayside signals or embedded track detector circuits to maintain safe spacing between trains.

Under ATO, train operators only need to push a button to start a train on its way once the doors close at a station. The train then takes care of acceleration and braking, doing both more smoothly and maintaining set speeds more consistently. The only other things operators need to worry about is ensuring the track ahead is clear, though the CBTC should take care of most of that as well. They can also stop the train if emergencies require.

MTA New York City Transit President Andy Byford noted that the two lines running with ATO — the first was the 1 line on Manhattan’s West Side — are now the system’s most reliable.