Self-Driving Cars Have ‘Every Incentive to Create Havoc’ – Next City

Self-Driving Cars Have ‘Every Incentive to Create Havoc’ 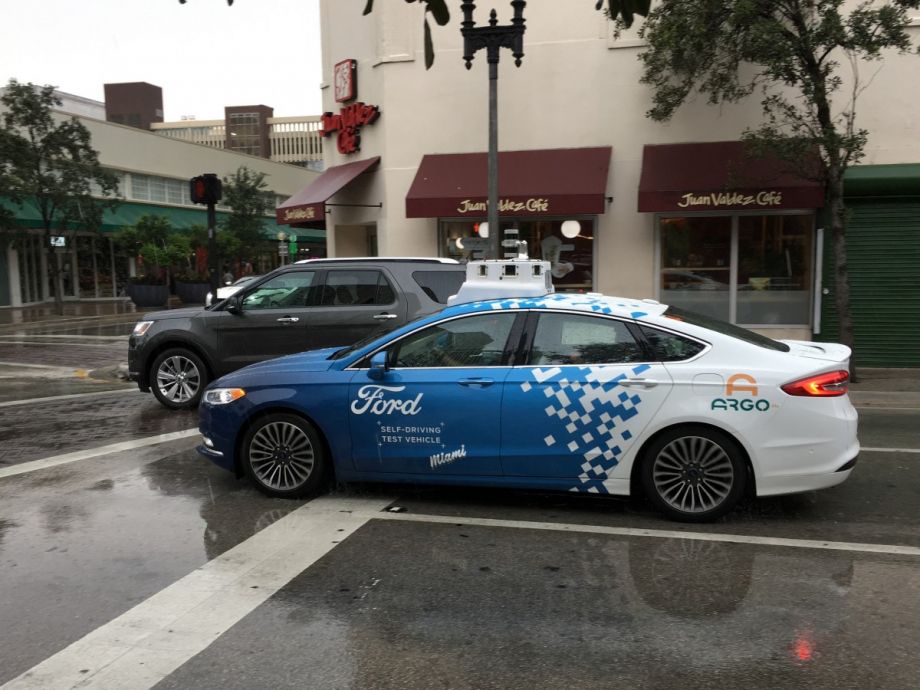 Just 2,000 autonomous vehicles in downtown San Francisco would be enough to snarl traffic as cars will choose to “cruise” instead of pay for parking, a new analysis shows.

Adam Millard-Ball, a transportation planner and an associate professor of environmental studies at UC Santa Cruz calculated the cost a self-driving car would incur in maintenance, wear and tear, and electricity at 50 cents an hour—less than feeding the meter in most towns, and certainly less than the cost of parking in San Francisco. So, as Millard-Ball explains, self-driving cars would instead circle the block again and again and again.

A human driver would eventually give up and pay for a spot in a parking garage. After all, they have somewhere to be, and driving the same block over and over is boring.

“It just takes a minority to gum things up,” Millard-Ball said in a statement. As few as 2,000 self-driving cars could bring San Francisco traffic to two miles per hour, he calculated using a traffic micro-simulation model.

“Autonomous vehicles … can get around paying for parking by cruising,” he said. “They will have every incentive to create havoc.”

It gets worse. An AV could decide that it has a few hours to kill, so it’s just going to drive to the Googleplex (maybe say hello to its makers) and back. But that would put more wear and tear on the car. Millard-Ball calculated that self-driving cars will actually intentionally create traffic jams so they can waste as much time per mile as possible. Even if self-driving cars can’t communicate with other cars, they could choose the most congested street, essentially turning it into a parking lot.

ThinkProgress posited on an even more diabolical scenario: A company such as Uber could encourage its unused driverless cars to create congestion, which would maximize revenue for fare-paying passengers stuck with a congestion surcharge.

Banning cruising wouldn’t necessarily help, Millard-Ball said, since cruising is hard to define. What if an AV is delivering a package? The only solution he sees is congestion pricing, which has been politically difficult in the U.S. (New York just recently implemented congestion pricing, but only for taxis and for-hire vehicles, which taxi drivers have called the “suicide tax.”)

The price to deter AVs from cruising wouldn’t have to be as high as the congestion pricing set in other cities, Millard-Ball wrote. “If vehicles can park for $4 per hour but cruise for $0.48 per hour, then a charge of $3.52 per hour would be sufficient to encourage cost-minimizing vehicles to pay for parking.” A more sophisticated model could assign different fees to different streets or charge vehicles per mile traveled.

“This is the time to establish the principle [of congestion pricing],” Millard-Ball said, “and use it to avoid the nightmarish scenario of total gridlock.”