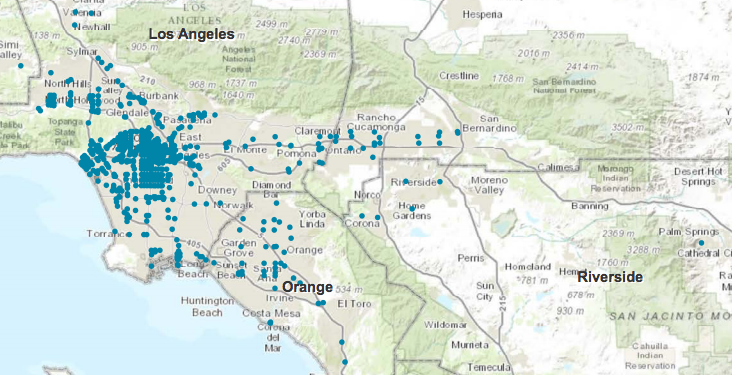 In September, the California legislature approved reforms to the 40-year-old California Environmental Quality Act, one of the state’s flagship pieces of environmental legislation. Passed in 1970, CEQA had more recently faced criticism from infill developers and transit advocates who called it a catchall cudgel wielded by NIMBYs. State lawmakers had been debating reform and ultimately passed Senate Bill 743, a somewhat watered-down version of the original law.

Critics charge that SB 743’s primary goal is to exempt the Sacramento Kings’ new subsidized downtown arena from CEQA scrutiny, but the law does contain a nugget of good news for density: Anti-development groups can no longer use CEQA to force developers in transit-adjacent locations to build more parking.

The law directed the state to establish so-called “transit priority areas,” in which developers won’t be subject to CEQA suits regarding parking or traditional level-of-service evaluations that can encourage road widenings. These areas are defined as those within a half-mile radius of a major transit stop — in turn defined as “a site containing an existing rail transit station, a ferry terminal served by either a bus or rail transit service, or the intersection of two or more major bus routes with a frequency of service interval of 15 minutes or less during the morning and afternoon peak commute periods.”

A study by law firm Holland & Knight earlier this year reviewed 95 CEQA cases decided between 1997 and 2012. It found that among projects classified as either infill or greenfield, 59 percent were the former. More than a third were public, not private, and only 11 percent were industrial. Moreover, 19 percent were infrastructure projects and a similar proportion were mixed-use developments.

Water supply, which remains a legitimate reason to bring a CEQA suit under SB 743, was the main reason that courts found projects ran afoul, followed by traffic (which may no longer be grounds for CEQA suits, depending on the area and nature of the complaint) and air quality.

In response to SB 743, the Southern California Association of Governments has drafted maps of areas exempt from level-of-service and parking suits under the reformed CEQA. It found that given transit as it existed in 2012, 29 percent of the region’s population is located in transit priority areas, along with 41 percent of the region’s jobs. The association expects both numbers to rise by two percentage points by 2035, the baseline by which SB 743 designates transit priority areas.

SB 743 did not go as far as some would have liked, though. An earlier iteration of the CEQA reform bill would have scrapped level-of-service as a metric entirely, throughout the whole state.

You can download the full Southern California Association of Governments report on SB 743 here.