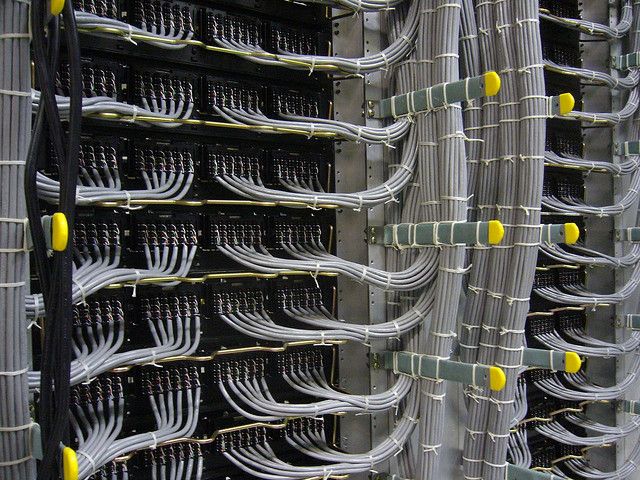 “The cloud,” that ethereal metaphor, is how we conceptualize the place where we store our vast amounts of online documents, emails, digital music and other files. The reality, however, is utterly earthbound — and highly wasteful, energy-wise.

Data centers, those large warehouses packed with servers to support the storing and transferring of digital information, consume between 1.7 percent and 2.2 percent of all power generated in the U.S., according to a 2011 report. A 2012 investigation by the New York Times found that data centers can waste 90 percent or more of their electricity due to the fact that telecom companies, dreading service disruptions, tend to run the facilities at maximum capacity and employ incessantly humming backup and cooling systems.

It’s that last item — the need to remove heat generated by row after row of servers — that has gotten the attention of Seattle officials, who are exploring putting data center waste heat to use in a way that would be the first of its kind in the U.S. The city’s Office of Sustainability & Environment (OSE) hopes to create a district energy system to deliver hot water and heat to two neighborhoods, powered by two local data centers’ waste heat and other sources.

The plan, still in the analysis phase, would require multiple factors to align just right: Infrastructure investment, competitive rates, developers putting compatible heating systems into their buildings. But the result would be a sustainable use for waste heat that often gets released into the atmosphere unnoticed.

District energy — a system in which steam, hot water or chilled water is generated in one central location then distributed to a group of buildings — is nothing new. The entire city of Stockholm uses district energy. In the U.S., Manhattan’s system dates to 1882, and Denver’s is two years older than that. Existing networks serve many college campuses, industrial parks and hospital complexes.

Systems can be flexible, expanding through modal development. In most cases, said Robert Thornton, president and CEO of the International District Energy Association, “You can definitely connect district energy to an existing building, often at significant economic advantage to the building.” District energy frees an individual structure from needing its own boilers and chillers. “Most buildings’ chillers for air conditioning account for 40 to 60 percent of the building’s electricity demand,” Thornton said.

District energy systems vary not only in scope but also in energy sources, which can be the familiar fossil fuels as well as solar, nuclear or biomass. A district energy system can capture heat generated through other processes, such as exhaust from burning fuel at a power plant. Iceland’s system runs entirely on geothermal heat. “Most of the time we throw it away,” Thornton said of waste heat. “If you have a district energy loop, that heat is an asset, not a liability. It’s a renewable model that’s shifting the heat and making it valuable.”

That’s where the explosive growth of data centers starts to get interesting. No one seems to agree on exactly how many of these secure warehouses of information exist in the world, one problem being that many companies are secretive about their operations. In a 2011 report, Emerson Network Power estimated that there were more than half a million data centers worldwide. The following year, the International Data Corporation put that number at 2.94 million.

Regardless of the count, the need for information storage capacity is ballooning, and with it data centers’ energy use, which in the U.S. increased by 36 percent between 2006 and 2011. As more and more people employ more and more devices for computing, saving files, running apps and playing online games, more data centers will dot the landscape.

Efforts have been underway to make these buildings and their equipment more eco-friendly. “With new technologies, there’s a lot less heat than there once was in data centers,” said Jim Colombo, IT manager at Washington State University’s Extension Energy Program. Still, the heat is a given, and most of the time it just gets vented outside. But people have come up with many clever, small-scale ways to reuse data center waste heat, such as warming greenhouses and swimming pools and melting snow from sidewalks. The Washington State program uses it to warm the rest of the building — a decent solution, but as Colombo pointed out, “It basically only helps in the wintertime.”

For a solution that’s useful year-round, connecting data centers to district energy networks fits the bill. Such ambitious schemes are, unsurprisingly, still rare. “Helsinki is doing on a pretty big scale what Seattle is looking at,” Thornton said. In 2011, Finnish company Academica opened a highly efficient data center whose waste heat is piped into Helsinki’s district heating network to provide heat and hot water for a few thousand new residences. (The center’s servers are even cooled by seawater.)

Putting such a system in place in Seattle would be an immense undertaking, but the advantages are clear to OSE’s Baumel. “You gain economies of scale” with district energy, she said, and it “lets you utilize a lot of interesting heat sources that would never be available for individual buildings.” Once the city receives full information about pricing, she hopes to move as quickly as possible on structural development, piggybacking on existing steam pipes.

If it comes to pass, Seattle would earn the distinction of having two whole neighborhoods powered by the cloud.