Seattle Wants to “Trump-Proof” With an Income Tax – Next City

Seattle Wants to “Trump-Proof” With an Income Tax 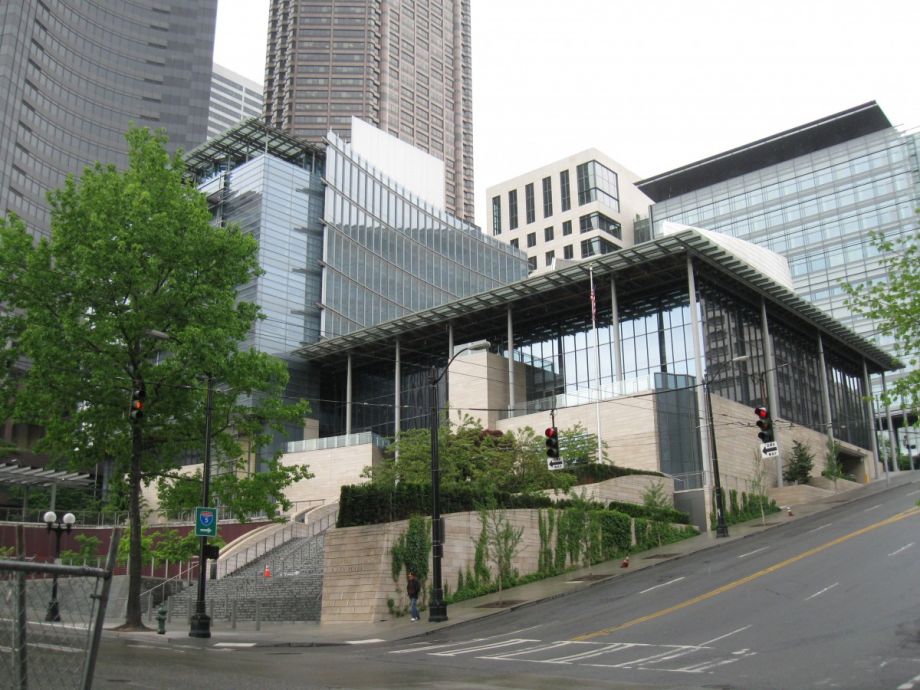 Income tax has long been a progressive talking point in Seattle. Washington is one of just seven states without any income tax, and it relies heavily on sales and property taxes to fill the state coffers. As such, Washington earns the dubious honor of having the most regressive tax system in the country with its lowest-income residents paying a far greater percentage of their income to taxes than the state’s wealthiest residents.

“Here in Seattle we have a tax system that punishes poor and working-class households and we’ve created a tax haven for the wealthy,” says Katie Wilson, general secretary of the Seattle Transit Riders Union, an organization that advocates for low-income transit riders. “But it’s not just about tax burden. We need to invest in housing, education, transportation and to do that we need revenue. We can’t keep raising sales tax and property tax to pay for everything.”

As recently as a few weeks ago, political wisdom would have said an income tax would forever remain a talking point. But, thanks in part to President Donald Trump’s plans for cuts to federal programs that many cities rely on, the idea has moved from fantasy to potential reality at lightning speed. Last week, the Seattle City Council unanimously passed a resolution stating its intent to adopt an income tax on high-earning Seattleites. Mayor Ed Murray has also stated his support for an income tax.

Trump-Proof Seattle, a coalition of over 40 social justice, environmental, labor and religious groups, is behind the income tax push. Transit Riders Union is leading the organizing effort.

“Obviously our public transit system is funded largely by taxes,” says Wilson, explaining why a transit advocacy group wants an income tax. “Seattle’s transit system relies really heavily on sales tax. It’s not just regressive, but volatile. Anytime there’s a recession we see a loss of revenue, which results in a loss of service and fare hikes.”

She says the tax would also potentially fund education, housing and other social services on which Transit Riders Union’s membership relies.

The council resolution doesn’t provide specifics about the tax.

“I’ve worked in city government for 20 years,” said City Council Member Lisa Herbold, who’s the lead sponsor of the resolution, at a May 4 town hall. “I’m just sick and tired of having to tell people every time we put a new property tax measure on the ballot that this is what we have to do to fund schools, homelessness, transportation infrastructure, parks. … We have the most regressive tax structure in the country.”

Unsurprisingly, the idea is already generating opposition. Some of it is from expected sources such as the Freedom Foundation and the Washington Policy Center, conservative, “free-market” think tanks. But Democratic Governor Jay Inslee also said, “I don’t think [a statewide income tax] is right for the state of Washington.”

There have been several failed attempts to pass income taxes in Washington. In 2010, a statewide measure to tax households earning over $400,000 lost by 64 percent of the vote. Last November, nearly 55 percent of Olympia voters rejected a measure to levy a 1.5 percent tax on individuals earning over $200,000 annually.

In 1932, Washington voters did pass an income tax by ballot measure, but the state Supreme Court ruled it unconstitutional based on the idea that income is property. In 1984, the state legislature doubled down by passing a law barring counties and cities from instituting income taxes.

That is the legal hurdle Seattle faces when the council likely passes an income tax this summer. But it is one Trump-Proof Seattle thinks it can overcome as any challenge makes its way through the courts.

Pointing to the state Supreme Court decision that found Washington was criminally underfunding its schools, Wilson says, “we believe that the state Supreme Court is cognizant of our need for new revenue. We think the time is right to reverse those 1930s decisions that stymied efforts to institute an income tax for so many years and establish that Seattle has this kind of taxing authority.”

The coalition hopes that doing so will lead to a domino effect of other cities passing income taxes.

“This is not just for Seattle,” John Burbank, executive director of the Economic Opportunity Institute, said at Thursday’s town hall. “This creates a pathway for the entire state of Washington to revolutionize our tax structure.”

The resolution sets a goal of having an ordinance ready for consideration by the end of May and full passage by July 10.