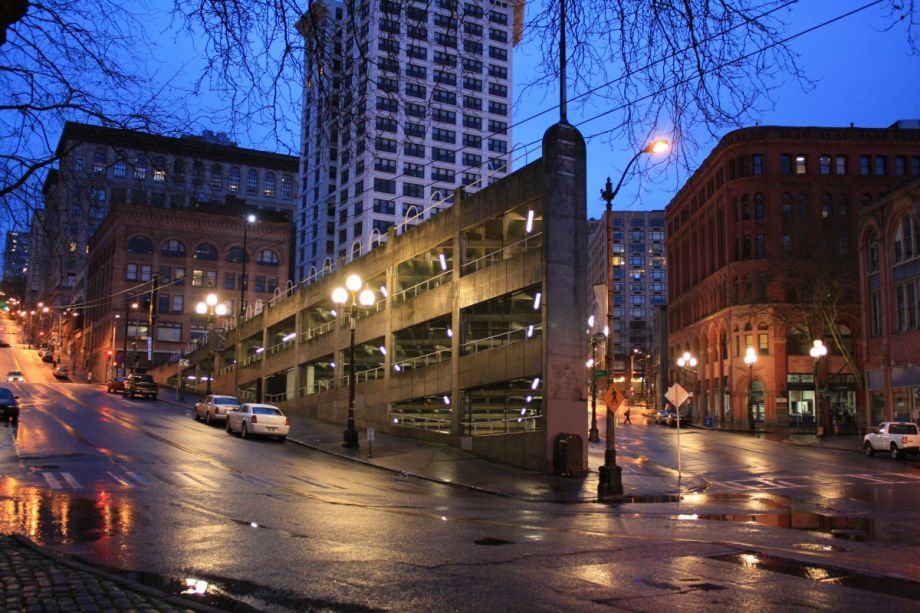 Seattle Shoupistas had cause to celebrate this week. On Monday, the city council passed a package of parking regulation reforms that eliminates parking minimums in some areas, uncouples rent from parking space cost, increases bike parking requirements and more.

“Fundamentally I come to this because I believe it’s unfair for us to have parking that’s abundant and free and housing that is scarce and expensive. I’m working hard to change that,” said Councilmember Rob Johnson, the legislation’s lead sponsor, at Monday’s council meeting.

The bill expands the boundaries of transit-oriented development and modifies the definition of high-frequency transit to increase the areas where developers are not required to provide any parking spaces for commercial or residential buildings. Though not required, developers may build parking if they so choose. The new definition exempts buildings within a quarter mile of high-frequency bus stops and a half mile of light rail stops from the city’s parking minimums (typically about one space per unit for apartment buildings). It also eliminates parking requirements for all nonprofit affordable housing developments in the city.

Building parking is expensive, especially the underground parking often found in urban developments. A 2015 report from King County Metro found that each space costs an average of $20,000 to $40,000 to build and that about 30 to 40 percent of off-street parking goes unused each night. That construction expense gets passed on to tenants in the form of higher rents.

According to Councilmember Teresa Mosqueda, 27 percent of Seattle renters don’t own cars. Despite that, the number of cars in Seattle has kept pace with its booming population growth. From 2010 to 2015, the city’s population grew by 12 percent as did the number of cars. That fact had plenty of public commenters on Monday raising concerns about the impact the loss of off-street parking minimums would have on on-street parking.

The lone vote against the bill, Councilmember Lisa Herbold, was also worried about the impact it would have, especially for low-income residents who live in areas poorly served by transit and rely on cars for work and other responsibilities. She introduced a failed amendment that would’ve allowed the Department of Construction and Inspections to do parking mitigation — i.e. require more parking — when developments that don’t have to meet parking minimums are being constructed in areas where on-street parking is already at 85 percent capacity.

The bill also requires commercial and residential buildings to unbundle rent from parking costs. In other words, parking will be an added charge and building managers can’t charge people for parking they don’t use. According to Sightline senior researcher Dan Bertolet, many apartment buildings in Seattle were already going this direction on their own. But, he says, “Unbundling makes parking more transparent. When people realize they’re paying $200 a month for parking they might opt out or get by with one car instead of two, then the market builds less of it which is what we want.”

Though much of the conversation centered on eliminating parking to reduce the cost of rent, Councilmember Mike O’Brien took time Monday to highlight the environmental role parking reduction plays as well.

“This is a city committed to reducing the impacts of climate change,” he said. “The work on climate we’re doing and protection of free on-street parking are mutually exclusive. … We need to commit as a community to taking actions to fight climate change locally. We’re going to have to take hundreds of actions like this one today. These are hard actions because they require each of us to slightly change the way we live in our communities.”

Johnson echoed the sentiment, saying, “We know that about 70 people are moving to Seattle each day and know that we can’t absorb 70 cars a day and live in a world with clean air, that’s free from traffic violence and is cheaper.”

The bill passed with a 7 to 1 vote. In a statement released after its passage, Donald Shoup gave his nod of approval. “Seattle Council Bill 119221 aims to ensure that only drivers will have to pay for parking, which seems fair,” Shoup said. “People who cannot afford a car or choose not to own a car should not have to pay anything for parking. If drivers don’t pay for their parking, someone else has to pay for it, and that someone is everyone. But a city where everyone happily pays for everyone else’s free parking is a fool’s paradise.”