The Good and Bad of Seattle’s Private Bike-Share Experiment 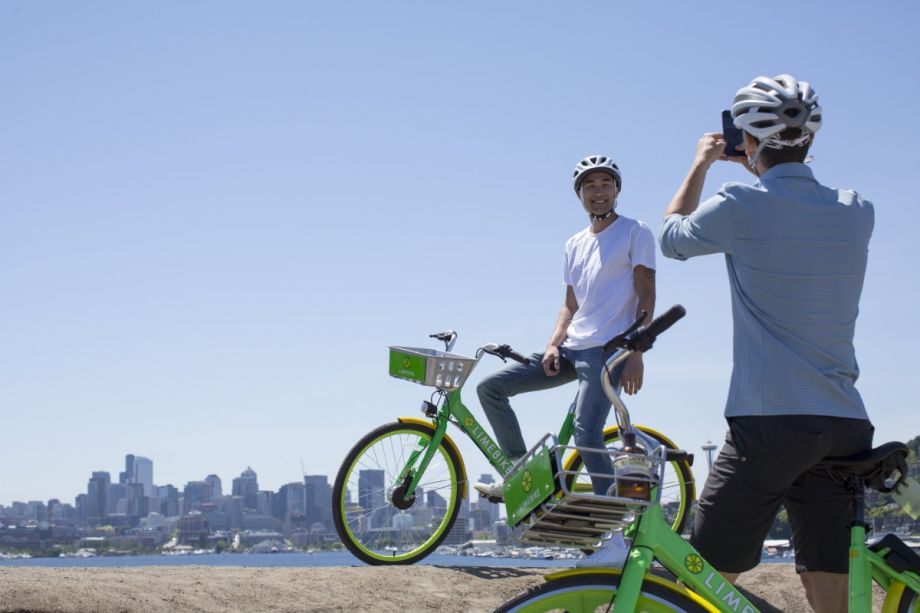 After Pronto’s failure, “bike-share” seemed destined to become a bad word among Seattle officials. But a new privately owned, publicly permitted stationless system actually seems to be working OK for the city.

The “system” is really three separate companies, Spin, LimeBike and Ofo, all seeded by venture capital. Unlike most traditional bike-shares, stationless (or dockless) systems allow riders to locate and unlock nearby bikes with a smartphone, then drop them off at bike racks or other designated spots close to their destination. As Next City has covered, dockless startups tend to argue that, spared the expensive docking stations, cities can instead devote their money to infrastructure, getting more bodies on bikes at a cheaper cost.

And according to the Seattle Times, the companies’ ridership numbers have so far put Pronto to shame.

Pronto’s 500 bikes, which had to be picked up and dropped off at docking stations, were ridden, on average, just 0.7 times per day. The new, stationless bike-sharing bikes, operated by three privately owned companies, have been ridden three times as much, an average 2.2 rides per bike, per day, SDOT officials told a City Council committee.

And that average has steadily increased as the total number of shareable bikes in the city has increased.

The average nets Seattle a coveted spot right behind New York’s Citi Bikes, which are used 3.6 times per day on average.

But those numbers don’t tell the whole story, as the Times points out. Seattle’s pilot launched at the ideal time, in summer, when ridership tends to be higher. In New York, users rode bike-share bikes an average of seven times a day in June — so the leaner winter months are factored into its yearly average. Seattle’s summer-only ridership is “on par with the year-round ridership numbers for cities like Washington, D.C., and Boston,” according to the Times.

Stationless bike-share systems owned and operated by private companies are popular in a number of Chinese cities, including Shanghai and Beijing, but they haven’t been without their problems. Critics point to their upfront funding structure and allege that the piles of discarded bikes pictured in several now-infamous photos are the product of scant regulations and a take-the-money-and-run business model, in which an influx of venture cash doesn’t necessarily equal long-term viability.

With those critiques in mind, some U.S. cities — particularly those burned by Uber — have been wary of the model. In January, San Francisco officials announced a crackdown on Chinese dockless company Bluegogo and compared it to other “arrogant tech companies.” New York officials, likewise, sent a cease-and-desist letter to Spin, one of the companies operating in Seattle, in August, when it attempted to begin operating in one part of the city. The National Association of Transportation Officials (NACTO) went so far as to release a statement in April saying that “rogue” systems raise some concerns.

Bike-share systems have a strong role to play in a city’s transportation network. But, by starting up without invitation or coordination, these companies have shown that they are not serious about providing bikes as a real mobility option for people. Instead, their actions suggest that they are more interested in media attention and a quick buyout. Such fly-by-night operations put the public at risk.

Seattle’s system is somewhat different, though, because the city created an extensive permitting system up-front, and the companies can be told to leave if they don’t comply. San Francisco has begun creating a permitting system and Washington, D.C., has also invited the dockless operators in. The city of Chicago is also in early talks with a number of stationless bike-share operators.