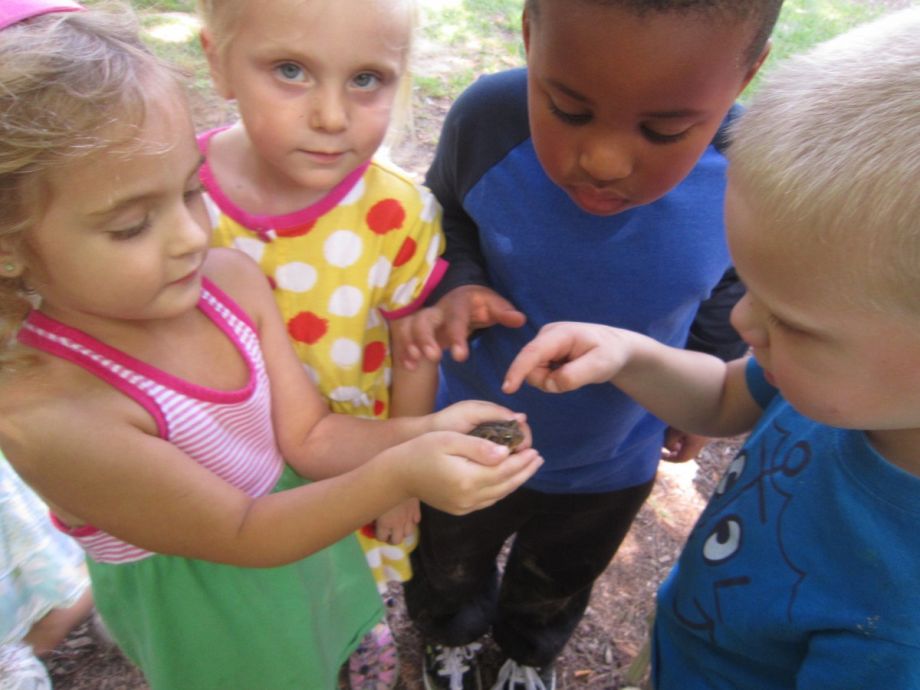 At outdoor preschools, students play and learn outside most or all of the day, all year long. (Credit: Tiny Trees Preschool)

The Washington city is following in the footsteps of cities like New York, where Mayor Bill de Blasio’s universal pre-K initiative enrolled 50,000 children last fall. In Philadelphia, a voter-approved Commission on Universal Pre-Kindergarten met for the first time last month. But while storytime in an East Coast snowstorm might seem chilling, in milder Seattle, advocates say preschool al fresco not only incorporates exercise, science education and exploration better than indoor classrooms do, they could also save the city millions over the next 10 years and be a boon as Seattle works to bring pre-K to all.

At outdoor preschools, students play and learn outside most or all of the day, all year long. The first outdoor preschool in the United States — the movement was founded in Scandinavia in the 1960s — opened in 2008 on Vashon Island, a short ferry ride from Seattle. While institutions like Cedarsong Nature School are on private land, a growing number of outdoor schools operate in Seattle’s public parks.

Some, like Nature Kids in Discovery Park, are run by the parks department. Others are run by nonprofits in partnership with local parks. Fiddleheads Forest School at the Washington Park Arboretum is run by a team of University of Washington educators. At least a dozen outdoor preschools operate in Seattle and the surrounding cities of Redmond, Shoreline, Woodinville, Bothell and Bellevue. More are on the way.

Andrew Jay is the cofounder of Tiny Trees, a nonprofit that plans to open six outdoor preschools in the Seattle area in Fall 2016. Children in his schools will nap under picnic shelters, use park restrooms and never be far from their school-issued rain gear. Jay says that not only are outdoor preschools good for children, they’re good for the budget.

In 2014, Seattle voters approved increasing property taxes to fund the universal pre-K pilot program. It will reduce tuition for 2,000 students in 100 approved classrooms by 2018. Eventually, all Seattle pre-K students will pay a subsidized tuition, with the highest-paying shelling out 95 percent of the cost.

Of the $58 million levy that will fund universal pre-K, $8 million is slated for capital investments, most of which will go toward transforming spaces like churches — and even an abandoned Safeway — into classrooms. According to the Office of the Superintendent of Public Instruction, constructing an early learning classroom for 20 children costs $350,000.

But Jay believes that outdoor preschools — and possibly outdoor kindergartens — can show another way. Outdoor schools require much less investment in infrastructure. Students at Fiddlehead Forest School at the Washington Park Arboretum eat their lunch under a canopy strung between four trees. The outdoor preschools that do spend part of the day inside utilize pre-existing park buildings.

This literal lack of overhead lets outdoor schools keep tuition low. A year’s tuition at Tiny Trees will be $7,000, compared to at least $12,000 for traditional preschools in Seattle and up to $20,000 for full-time care.

During the pilot program, preschools that hope to qualify for subsidized tuition have to meet stringent educational and structural standards. Only 14 classrooms will qualify in fall 2015; the Department of Education and Early Learning will use some of its resources to help other preschool providers meet the standards. Kit Harrington, co-director of Fiddleheads Forest School, says those licensing standards include ensuring that sites are free of the insects, pests and rodents that “very much exist in our forest school classroom.”

A licensed preschool must also meet certain building codes: fire prevention measures, height and type of windows, materials for floors and ceilings — “which means that even if that building doesn’t exist,” says Jay from Tiny Trees, “you still have to meet those codes.”

Fiddleheads Forest School operates as a non-licensed preschool by offering programs that are less than a full day. Tiny Trees plans to do the same, which will qualify it for Pathways, a subsidy for half-day preschool through the City of Seattle. Jay’s goal is to ensure Tiny Trees meets all of the state’s requirements, except for the building licensing, to prove that the preschool should qualify for the universal preschool subsidy. Long-term, both Tiny Trees and Fiddleheads are working with Natural Start Alliance — a national organization that promotes outdoor early learning — to create a set of education standards for outdoor schools.

“We think that over the next decade if you legalized full day outdoor [preschool],” said Jay, “somewhere from 300 to 500 [programs will open in the state of Washington], which would save $100-130 million over the next 10 years.”