Seattle Will Use Big Data to Tackle Pedestrian Safety Goals 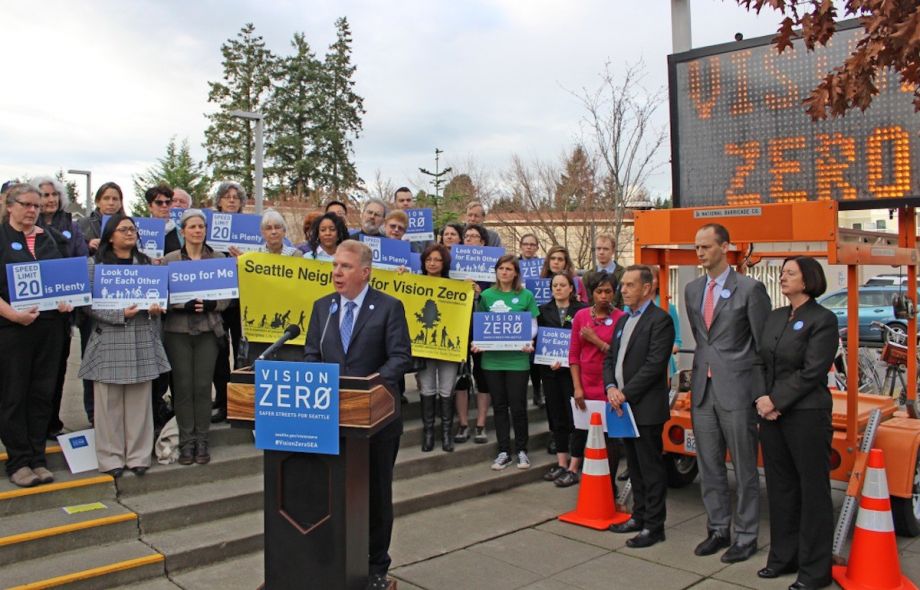 About a year after New York and San Francisco announced their ambitious Vision Zero pedestrian safety goals, the Mayor of Seattle is telling drivers to slow down. Yesterday, Ed Murray and officials from the Seattle Police Department and the Seattle Department of Transportation announced plans to lower speed limits, add more traffic cameras in school zones, and reduce right turns on red.

Seattle saw 3,449 injury crashes in 2014 and 15 motor vehicle deaths. Five of the dead were hit while walking or on a bicycle. The city plans to update crosswalk policies to improve pedestrian safety too. Decreased speeds protect pedestrians — trauma studies show that 90 percent of pedestrians can survive being hit at 20 mph, while only 10 percent survive a 40 mph impact.

The Seattle Times reports that data will play a part in the effort.

The Seattle Police Department will use data to target places with high collision rates in an approach similar to SeaStat, which the department uses to address crime “hot spots” based on crime statistics and incident reports, Chief Kathleen O’Toole said.

Andres Salomon, a volunteer with Northeast Seattle Greenways, which advocates for safety and calmer side streets, told the Seattle Times that, “It’s definitely a good first step.”