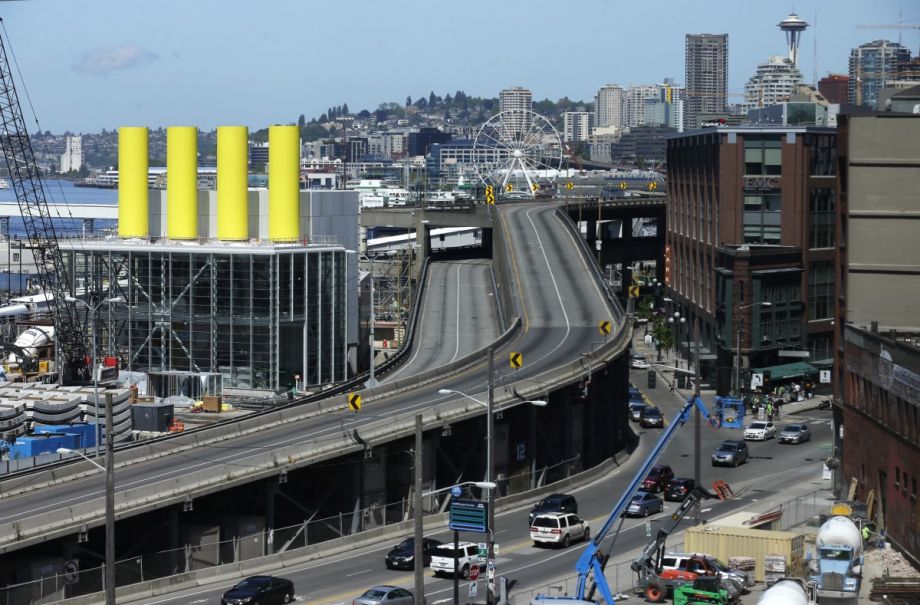 In exchange for several bus lane removals and a narrower roadbed, a group opposing an eight-lane boulevard on the Seattle waterfront has dropped its legal challenge — meaning that the so-called “highway on top of a highway” will move forward, according to Seattle blog The C Is for Crank.

The Alliance for Pioneer Square, a Seattle nonprofit, filed an appeal with the city in November in response to the final environmental impact statement for one part of the waterfront’s massive, politicized, controversial makeover — specifically, the new Alaskan Way and its surrounding pedestrian amenities.

Opposition to plans for the redesigned Alaskan Way, the road that runs along the waterfront, was taking shape last August, as Next City covered. Bike and pedestrian advocates were particularly unhappy with the street redesign south of Columbia Boulevard, where they saw a confluence of vehicle activity — cars (as well as bikers and pedestrians) lining up for the heavily trafficked ferry, bus riders, freight traffic coming in from the port, and heavy traffic trying to get into downtown, since a highway tunnel currently under construction (more about that here) will bypass downtown. Opponents of the proposed eight-lane road took to calling it a “highway on top of a highway,” since another highway goes underground.

But the Seattle waterfront is also beautiful, and so people also often go there on foot.

“The waterfront is a transportation hub for people walking. We’re the most vulnerable. But we’re not being prioritized, we’re being compromised,” Lisa Quinn, the then-executive director of local nonprofit Feet First told Next City.

The appeal filed by the Alliance for Pioneer Square echoed Quinn’s concerns, specifically urging the city to reduce bus volume and the number of lanes on the contested section of the new Alaskan Way.

“The current proposal replaces the Viaduct with an eight to nine-lane highway, with 600 buses per day,” it states. “The approach guarantees gridlock that will permanently cut off much of Seattle’s historic Pioneer Square neighborhood from Seattle’s waterfront and creates an unfriendly environment for pedestrians and cyclists.”

According to the Seattle Times, the city responded, at least partly, to the appeal. It’s promised to remove two bus lanes and make the 111-foot-wide roadbed narrower, once the Sound Transit light rail to West Seattle begins running, slated for 2030.

The Times has some detailed drawings of the proposed roadway, which can be viewed here.