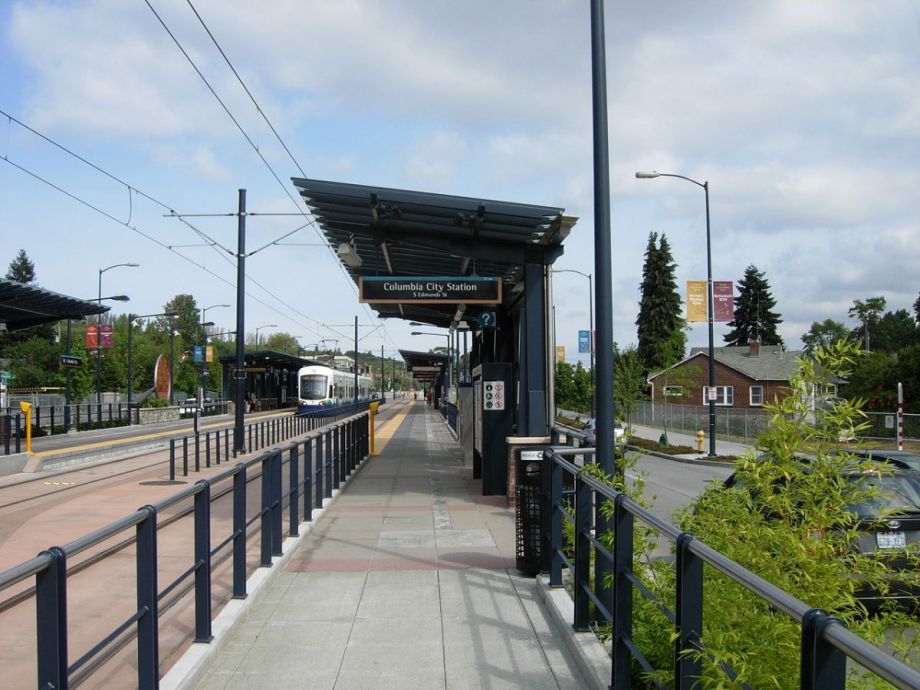 South Seattle’s Graham Street light-rail station — one of a handful of infill stations in Sound Transit’s $54 billion third phase of expansion — should be completed by 2031. The agency is still many years from even beginning construction on the site. But anticipating gentrification, a coalition of nonprofits and community groups called SouthCore is already working to shape land use around the future station to ensure current residents and businesses not only have a say in how their neighborhood changes, but also have an ownership stake.

With 24 organizations, SouthCore (short for South Communities Organizing for Racial & Regional Equity) is focused on Rainier Valley, which is among the city’s most racially diverse areas and is home to many Asian, African and Latino immigrant communities. (Members include Ethiopian Community Services, Filipino Community of Seattle and Vietnamese Friendship Association.)

“It’s never too early to start this planning process,” says Giulia Pasciuto, a policy analyst with Puget Sound Sage, a community advocacy group that’s helping lead the Graham Station work. “That’s what private developers are doing. They’re seeding the ground now to be ready for stations to come in 15, 20 years. … For us there’s community visioning, planning for the types of retail and housing and services the community wants to see, the implementation piece. We start building the pieces now, so in 15 years, we can have things in place.”

SouthCore’s concern about gentrification and displacement accompanying the light-rail station is warranted. Seattle’s Columbia City station, which opened in 2009, is 1 mile (and eventually one light-rail stop) north of Graham. It’s impossible to separate totally the station’s impact on neighborhood home values from Seattle’s broader economic boom, but in the past year, average home values nearby jumped 20.6 percent, according to Zillow. Some longtime businesses closed, and high-end restaurants, boutiques, salons and shops took their place.

Pasciuto points to Rainier Beach, a neighborhood two stops south of Columbia City. “It is a perfect example of a place that people thought would never gentrify in the same way as Columbia City,” Pasciuto says. “If you don’t have the place where you get your hair cut or buy your groceries or the gathering place for your community, it’s not going to feel like home.” Though there is still plenty of vacant land around the light-rail station, real estate investors have started making speculative land buys in the neighborhood.

SouthCore wants to get ahead of that with Graham Street. To start, Sage and the Tenants Union of Washington are knocking on doors in a 2.5-square-mile area around the future station site to determine how much unsubsidized affordable housing there is in the area and get a sense of, “the conditions that make housing naturally affordable and ripe for community ownership or tenant ownership,” says Pasciuto.

Longer term, the group wants to push for policies that support community and cultural preservation. “Not just preserving the structures there, but preserving the community that’s there and creating space for displaced communities to return to the neighborhood,” Pasciuto explains. They also want to establish community ownership and control of some commercial and residential land around the station.

SouthCore is looking at community land trust models, considering a push for community benefits agreements with private developers, and drawing inspiration from Plaza Roberto Maestas, an affordable housing development built on the Beacon Hill light-rail station that was designed with significant community input.

“There’s not one model we’re specifically looking at. We need all of them,” Pasciuto says.

This organizing effort is not SouthCore’s first around the Graham Street station. Several years ago, the coalition lobbied the city and Sound Transit to agree to build the station. It was part of early plans for the first phase of light rail. It would’ve been built midway between the Othello and Columbia City stations. But when it came to light that the first phase of light rail was already $1 billion over budget before construction even began, Graham Street was one of the projects cut. It left a 1.7-mile gap between stations, meaning light rail is an impractically long walk for many residents who live between Othello and Columbia City.

SouthCore and others successfully lobbied the city to include $10 million for Graham station construction in its $930 million Move Seattle Levy, which voters approved in November 2015. They also pushed Sound Transit to include the Graham plans in a 2016 ballot measure.