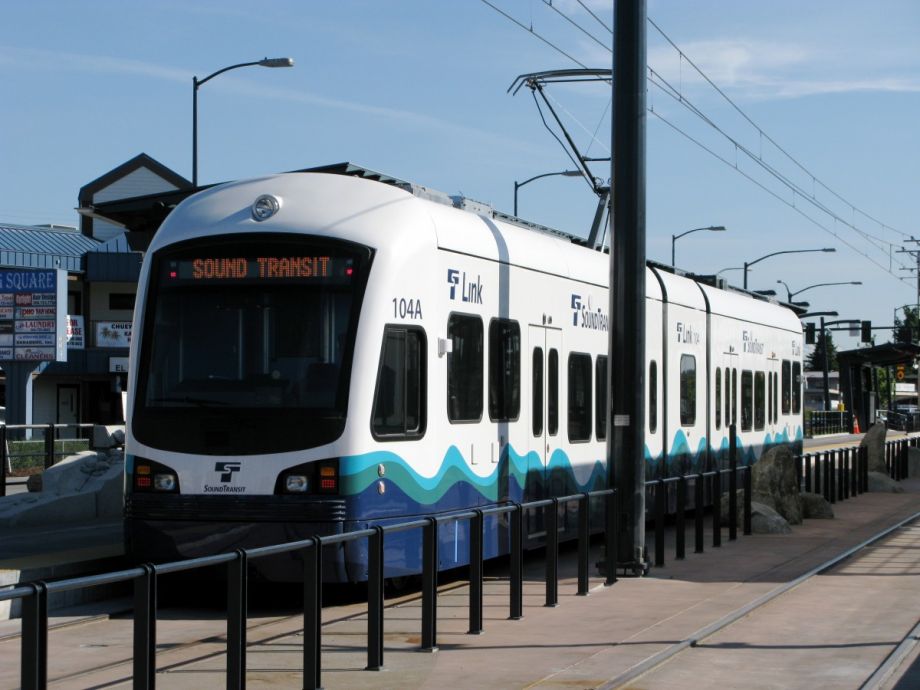 A Link light-rail train in Seattle (Photo by Oran Viriyincy)

In March, Seattle opened two new light-rail stations — one in the dense, hip Capitol Hill neighborhood, the other at the University of Washington’s Husky Stadium. It was the first time Sound Transit expanded the city’s one-line system since opening the airport station in 2009. The expansion was rolled out with significant fanfare. Elected officials, advocates and transit nerds celebrated with big parties at the new stations on opening day. Local media got special tours of the extended line and wrote stories with headlines about the ways in which the new stations could “transform” Seattle.

At the time, I was more than a little skeptical that two additional train stations would really transform the commuting habits Seattlites, half of whom still drive to work. Four months later, it looks like my skepticism may have been unfair. Seattle commuters haven’t yet abandoned their cars (the continued rush-hour gridlock is proof of that), but the new stations have already brought a huge boom in light-rail ridership.

Sound Transit recently released its May ridership report. There were over 1.77 million boardings on light rail in May 2016, an 83 percent increase over May 2015’s ridership. Perhaps even more telling, light rail had 904,000 boardings in February (the last month before the expansion), which means ridership has nearly doubled with the new stations.

Transportation advocate Shefali Ranganathan, executive director of the Transportation Choices Coalition, says she’s not surprised to see the growth. “We were expecting to see increased ridership,” she says. “It’s just a function of once you connect to two dense centers like Capitol Hill and the university you’re going to end up seeing more riders.”

But, she says, “we didn’t expect to see those explosive ridership number. It’s a testament to people seeing the value of that new connection as well as the reliability. Nothing else can compare to this.”

The new stations are underground and the trains run in dedicated tunnels. It takes about 10 minutes to get from Husky Stadium at the south end of campus to downtown Seattle and just four minutes from Capitol Hill to downtown. As Ranganathan says, those are times no other form of transportation can match.

Sound Transit spokesman Bruce Gray says the agency was also surprised at how quickly the ridership grew. They’d projected an initial bump then steady growth through the summer, hitting a high of 1.8 million monthly boardings by September. Instead they nearly hit that mark in May and Gray says early June numbers show the bump is holding steady.

In response, Sound Transit has tripled the number of three-car trains it’s running. Previously, they only used three-car trains for special events. Gray says they’re now mixing two and three car trains at peak times to help meet demand. Even with that additional capacity, the trains are filled to the brim.

“I was on a three-car train at 5:30 last night and every car was full,” he says. “That’s great. The system is designed to seat as many people sitting as standing. It’s great to see folks embracing it and figuring it out.”

Unsurprisingly, the fast growth has Gray and Ranganathan excited for what the future holds as the system continues to expand. Sound Transit is opening another station south of the airport later this year, then another three stations to the north by 2021.

“This proves there’s a huge demand for faster ways to get from point A to point B,” Gray says. “We’ve got to plan for that even if it’s 10 to 15 years in the future. That demand is not going to go away.”

Ranganathan is hoping the early success of the system expansion helps sway voters this fall when they decide on ST3, a $54 billion plan for the third phase of light rail. It would add 62 miles of rail throughout the region over the next 25 years.

“Sometimes when I’m on the train I like to eavesdrop on people’s conversation,” says Ranganathan. “I’m surprised at how many people are talking about transportation and the transit system … asking ‘how soon can we get to my neighborhood?’ Now it’s about connecting that message of reliability and frequent service and make the case to regions voters that it’s the right time to make this investment.”