Need an Environmental Expert? Ask the Person Living in That Environment – Next City

Need an Environmental Expert? Ask the Person Living in That Environment 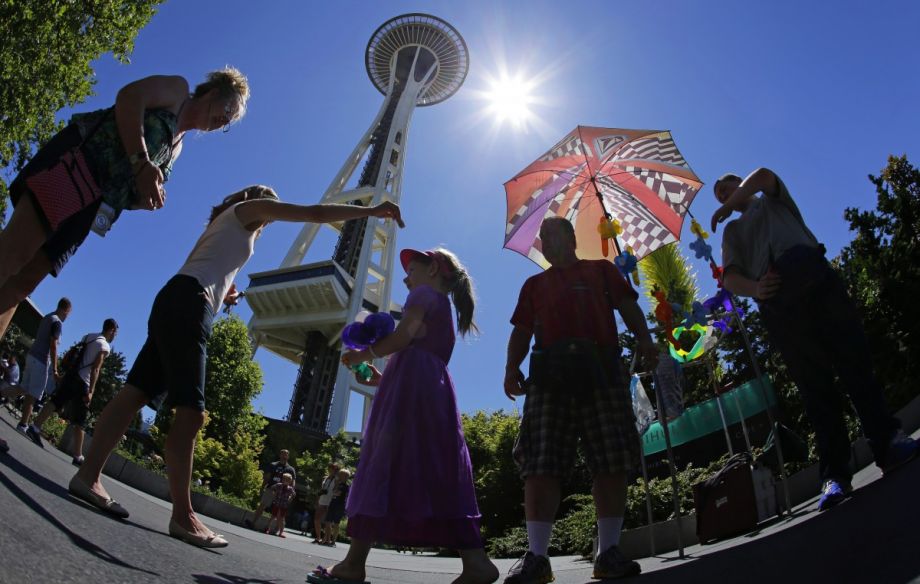 Over the last few years, Seattle has been hailed as a potential climate refuge. Compared to the major climate impacts much of the U.S. could face in the coming century, the Pacific Northwest is in good shape. But less serious impacts aren’t the same as no impacts. Seattle will still see increased heat waves, degrading air quality, drought and flooding. And, according to a new report from nonprofits Got Green Seattle and Puget Sound Sage, when those impacts hit, Seattle’s low-income communities and communities of color are likely to suffer most.

“Our People, Our Planet, Our Power” is rooted in climate justice, a movement that connects the threat of climate change with racial and economic inequity. Because of that, it draws heavily on interviews, roundtables and workshops with 175 community members primarily from south Seattle and south King County — two of the area’s lowest-income and most racially and ethnically diverse communities — to document their greatest environmental concerns and priorities.

“We have a value that our community are the experts,” says Jill Mangaliman, Got Green executive director. “We’re so used to researchers and policymakers coming to us and telling what the issues are. We’re making sure our people are at the table directing and driving the work.”

The report compares those community priorities with existing data about how climate change will affect Seattle to paint a picture of how the city’s most vulnerable residents will be impacted in the coming decades and to offer solutions to stem those impacts as much as possible. As is the case in every city, Seattle’s poorest residents are disproportionately impacted by a lack of affordable housing and public transportation access, food insecurity, diseases, and other health problems. As temperatures rise and global weather patterns change, those existing problems will likely get much worse.

A call to prioritize affordable housing and prevent displacement isn’t a surprise. Thanks to a rapid influx of new residents and a short supply of housing, rents and real estate values are skyrocketing and historically low-income and minority communities such as south Seattle’s Rainier Valley are rapidly gentrifying. As residents are pushed to the edges of the city and into the suburbs, they are forced to travel farther to work and services and have less access to public transit.

Transportation is the largest source of greenhouse gas emissions in Seattle and displacement is going to exacerbate that impact. Beyond that, the report points out that displacement disrupts communities and leaves people without services and community support in the face of climate disaster.

“If you’re pushing low-income people out of the city, away from their social safety nets, away from the cultural hubs, job opportunities, schools, you’re further harming these communities and creating instability for them,” Mangaliman explains.

After housing, one of the greatest priorities noted in “Our People, Our Planet, Our Power” is affordable food access. According to the report, 13.4 percent of households in King County are food insecure and about 15 percent of households in Seattle utilize Basic Food, Washington’s Supplemental Nutrition Assistance Program (SNAP). As global temperatures and rainfall patterns change, food production will be impacted, which will translate to rising food costs, though it’s unclear exactly by how much. The Intergovernmental Panel on Climate Change predicts that by 2050, food prices could rise between 3 and 84 percent.

Rising temperatures will also likely exacerbate existing problems with diseases and pollution in low-income communities. Life expectancy for residents in Southeast Seattle is lower than the King County average, and asthma is more prevalent among Asian, black and multiracial youth than white and Hispanic youth in King County. The report points out that, “Climate change will impact air quality through production of pollen, mold spores, and increased ozone concentration. Heat waves can trigger asthma and cardiovascular illnesses.”

Mangaliman says one of their goals with the report is to ensure that as Seattle and King County tackle climate change, they are doing it “in a way that doesn’t cause more harm or create more sacrifice zones.”

The report offers a range of recommendations including affordable transit-oriented development and community land trusts, a stronger focus on the intersection of public health and climate adaptation, creation of a city climate adaptation fund and environmental justice board, and more.

Ultimately, the recommendations all center on solutions that simultaneously address climate change and social justice.

“The root causes of the climate crisis are the same things that make our communities vulnerable to the crisis,” Saldaña explains. “The capitalist system and the fuel economy affect our communities. If we really want to build resilient communities, we have to address the underlying root causes that continue to systemically create barricades for people of color.”