Searching for an Effective Strategy in the Fight Against Blight 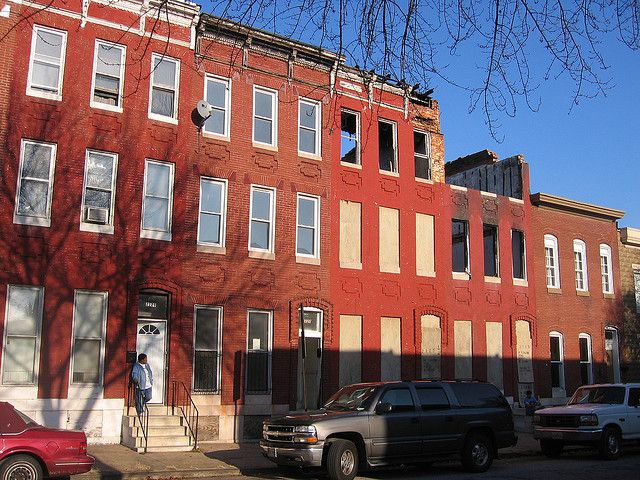 Back in 2010, Baltimore Mayor Stephanie Rawlings-Blake launched an initiative to fight blight in a city burdened with an estimated 30,000 vacant properties.

Called Vacants to Value, the program uses strategies that range from demolishing abandoned buildings on distressed blocks to offering incentives for people to buy and rehab previously empty homes. It also seeks to streamline the process in purchasing city-owned properties.

Listening to the mayor’s State of the City address last month, it sounded as though the program has made a huge dent in Baltimore’s vacancy problem.

“Since launching the initiative, 250 vacants have been torn down, nearly a thousand more are being rehabbed and sales of vacant city-owned properties have increased five-fold,” Rawlings-Blake said in her speech. “More than 30 acres of vacant lots have been turned over to create community green spaces.” She also mentioned that over a thousand citations have been issued to absentee owners and that over 140 homeowners have received grants through the program.

But the Baltimore City Paper followed up on these numbers and couldn’t find any supporting evidence that the program has been the success that the mayor described. After checking city Housing Department reports, writer Edward Ericson, Jr. couldn’t confirm the claim that “nearly a thousand” empty Baltimore properties are being rehabbed, and put the number instead closer to 200 (“[W]hich is pretty good,” Ericson wrote. “But it’s not 1,000.”)

Like many former industrial cities, Baltimore has long struggled with population loss and the vacant properties left behind as result.

To deal with the problem, Detroit has launched the Detroit Future City initiative, which, like the Vacants to Value, is based on a six-point strategy that seeks to find new uses for vacant parcels. And in Philadelphia, local leaders have promised to look into establishing a citywide land bank, which could potentially create a database of city and privately owned vacant properties, while also allowing tax-delinquent properties to be purchased through the land bank instead of the longer process of a sheriff’s sale.

A study out of the University of Pennsylvania’s Perelman School of Medicine found that residents in neighborhoods with higher levels of vacant land tend to feel more unsafe. A similar study, also from the Perelman School, found that greening or landscaping vacant lots not only makes residents feel safer, but may also reduce gun violence.

Back in Baltimore, Rawlings-Blake’s own anti-blight effort has been ongoing for more than two years. It’s unclear so far how effective Vacants to Value will turn out, but the program has earned a boon from one heretofore unconsidered source: immigrants. As Nancy Scola reported in November, the city has turned to international newcomers to help stem population loss and fill up homes in historically immigrant-heavy sections of the city, like Greektown and Upper Fells Point. Baltimore’s population has shrunk by 33 percent since its peak in the 1950s.