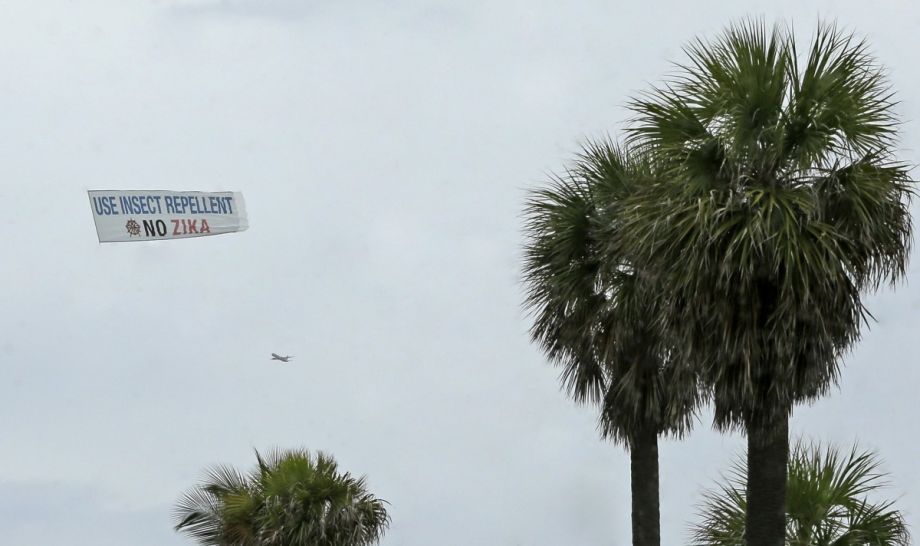 Guppies are great at gobbling up mosquito larvae, and humans have been using the little fish to their advantage for centuries. As the British Empire expanded into tropical regions where mosquito bites could mean illness and death from a variety of diseases, colonists deployed guppies and other predatory fish as biological control agents to reduce mosquito populations.

Today, as health officials in South America, the Caribbean and the U.S. face the threat of another mosquito-borne virus, Zika, the guppy is making a comeback, particularly in Brazil, where municipal workers, and even citizens taking a do-it-yourself approach, have been dumping them by the bucketful into city ponds, water tanks, ditches and other stagnant water sources around Rio de Janeiro. On its face, it seems like a great idea, using one animal to fight another instead of relying on insecticides that can pose health hazards. But as an international group of scientists argues in a recent paper, guppies come with a drawback of their own.

The fish, native to Caribbean and the northern coast of South America, are efficient invaders when introduced to new areas, says the team led by biologist Rana El-Sabaawi. They can survive in stagnant and polluted water, adapt quickly to new environments, reproduce frequently and give birth to fast-growing, live young. They’ve spread to at least 69 countries outside their native range (nearly half of these invasions are attributed to past mosquito control campaigns) and have had disastrous effects on native animals in many of those places. A 2013 study in Hawaii, for example, found that guppies released there to combat mosquitoes in the 1920s had negative effects on “ecosystem structure, function, and native species abundance.” The invaders drove down native fish populations by outcompeting them for food and habitat and stimulated the expansion of other non-native species.

Given these risks and the high probability of guppies escaping and spreading during mosquito control efforts due to flooding water sources or transportation by people and predators, the scientists urge municipal governments to either abandon this approach or at least use it more carefully. The work of the nonprofit Malaria Consortium in Phnom Penh, Cambodia, provides one example of how the guppies can be used with fewer side effects. There, the group releases the fish not in ditches and sewers, but the large concrete jars that households without running water use for water collection and storage, giving people the benefit of skeeter-eating fish with less of a risk that they’ll escape and invade the city’s waterways.

Even in low-risk situations like this, though, El-Sabaawi’s team says that releasing guppies may not do much. While there’s plenty of anecdotal evidence to suggest guppies are useful biocontrol agents, scientific research doesn’t exactly back it up. In some of the studies the researchers reviewed, guppies were starved before the experiments began and offered only mosquito larvae to eat with no other choices, likely leading to overestimation of their effectiveness as mosquito predators (analyses of wild guppy eating habits found much lower mosquito predation rates than in lab experiments). In other studies where guppies were given multiple food options, the researchers found, the fish preferred other prey over mosquitoes.

It’s understandable that city governments want to act quickly during epidemics with every tool at their disposal, the team says, but in this case, more effective strategies should be pursued. The researchers conclude that “using guppies to control mosquitoes on a large scale is likely to be ineffective, and [poses] significant risks for local ecosystems and biodiversity.” It’s a lesson that people have learned the hard way several times before as biocontrol agents like Asian lady beetles, cane toads and yellowhammers have either failed to live up to their promise or become pests themselves. While biological control can be effective and urban wildlife can bring ecological benefits, clearly it’s not a tool that’s perfect for every job and the decision to welcome new species into our cities has to be one that’s carefully made.