Scientists “Very Worried” About the Volcano at Tokyo’s Doorstep 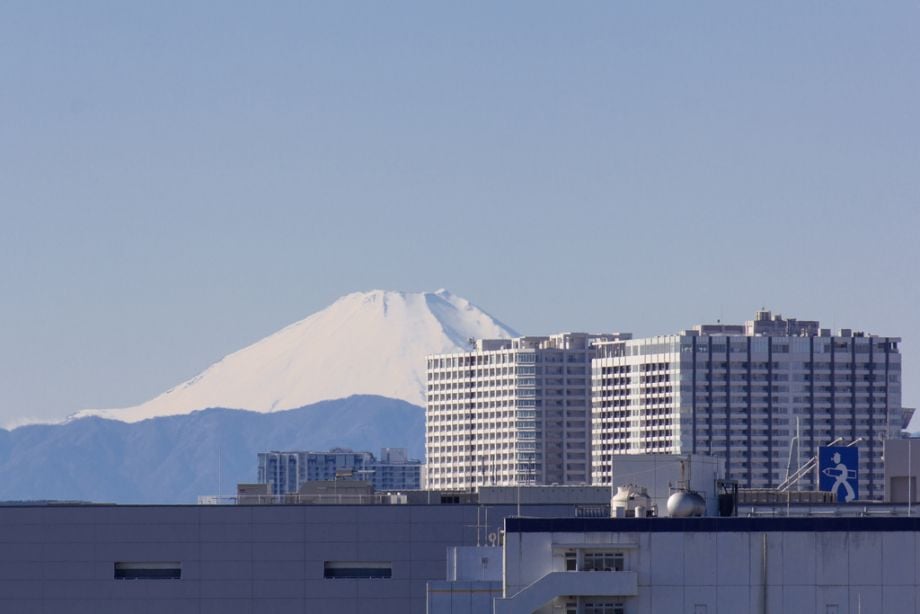 Vigilant monitoring is key to Tokyo’s preparedness when it comes to Mt. Fuji. Photo credit: t-mizo via Flickr

According to a 2012 report by the Asahi Shimbun, one of Japan’s national newspapers, it’s estimated that by 2050 roughly one billion people will be living in cities near active volcanoes. By the time that happens, Japan will have likely pioneered the methods to keep those cities resilient. It is, after all, a country where 110 active volcanoes — about seven percent of the world’s total —present a constant threat the urban population.

Mt. Fuji is the most famous of these volcanoes. The peak that provides the backdrop to the capital’s skyline has had a profound influence on culture, faith and life in Tokyo since the city was founded 400 years ago. During the Edo period (1603-1867) Mt. Fuji was worshipped by a religious group that erected miniature copies of it across Tokyo using block lava taken from the mountain itself. In 1870 there were 130 of these copies of Mt. Fuji, known as Fujizaka, and a few can still be found in the city today.

Yet although the mountain is a sacred site, it also poses a potential threat to the city. I say “potential threat” because no one really knows what the volcano is capable of. Volcanology is a complex science, despite the bold claims made by books that claim to know if and when the mountain will erupt, such as Fujisan No Funka Wa Hajimatteiru! (“The Eruption of Mt Fuji Has Begun!”) and Fujisan Dai Funka! Bukimina Itsutsu No Choko (“Mt Fuji’s Big Eruption! Five Eerie Signs”).

In truth, Mt. Fuji has erupted 38 times, most famously in 1707, when it expelled 800 million cubic meters of tephra, the scientific name for volcanic ash. Much of this ash fell on or around Tokyo. But it wasn’t the ash that killed residents — it was starvation. The falling ash ruined crops across vast areas of farmland around the city, a reminder that both a disaster and its many side-effects need to be mitigated equally.

The fact that there have been no major eruptions at Mt. Fuji in over a century is a cause for great concern among scientists, city planners and sensationalist reporters. The growing pressure of the magma underneath the volcano is reportedly ten times higher than it’s been during the past 50 years. What’s worse, strong earthquakes, such as the 9.0-magnitude quake that struck Japan in 2011, have been suspected of provoking volcanic eruptions, even many years after they occur. “I’m very worried,” said Yoichi Nakamura, professor of volcanology at Utsunomiya University, in an 2012 interview. “The possibility that something serious will occur is increasing year by year.”

For Tokyo, something serious would most likely involve volcanic ash. Such ash could affect areas up to 1,000 kilometers away, blanketing the city and causing the kind of “impenetrable blackness” that darkened Vesuvius in 1631. Buildings would collapse under the weight of the ash and public services would grind to a standstill, as they did across Europe in 2010 when Eyjafjallajökull erupted.

For those living less than 100 kilometers from Mt. Fuji, lava flows, mud flows and snowmelt also present a threat. If the lava flow did reach the 100-kilometer mark, it would engulf infrastructure from Tokyo’s southeastern suburbs almost all the way to the famous Shibuya crossing.

Volcanoes hide their intentions, which is why vigilant monitoring is key to Tokyo’s preparedness. The National Research Institute for Earth Science and Disaster Prevention (NIED) continuously monitors 47 volcanoes considered to be “remarkably active” by the Japan Meteorological Agency (JMA). Over half of these volcanoes are close to populated areas, including Mt. Fuji. Measurements are taken from seismometers, telephoto cameras, thermal imaging and core samples. Researchers are looking for signs that either the surface of the volcano or its interior are changing: a bulging area (indicating that the magma is pushing up) or a dramatic increase in pressure and temperature. Mt. Fuji and Mt. Asama, the two active volcanoes nearest to Tokyo, are monitored 24 hours a day.

In 2007 the JMA began using this data collected by NIED to issue volcanic warnings and forecasts for the monitored volcanoes. The Volcanic Observations and Information Center receives the data and chooses whether to issue a volcanic warning on a scale of one to five. Level three, for instance, means you should not approach the volcano; level two means don’t approach the crater. Warnings are broadcast to the Coast Guard, media, emergency services and other groups, but the public is only alerted if level four is reached, at which point they would need to prepare for evacuation.

In 2009 the early-warning system proved its worth when it predicted an eruption at Mt. Asama, northwest of Tokyo. Although less well known than Mt. Fuji, it was Mt. Asama’s 1973 eruption that led to Japan’s first policy for volcano preparedness, the Act of Special Measures for Active Volcanoes. This act was followed in 2008 by the Policy on Volcano Management Related to Evacuation in the Event of Eruption. Its goal is to develop a wide network of Volcano Disaster Management Councils that will create “hazard maps” detailing disaster scenarios and evacuation plans at each individual volcano. Some councils have gotten creative in their approaches, with one suggesting that “bombing” could be used to divert the path of lava flows away from residential areas.

It’s hard to know whether modern-day Tokyo is truly prepared for a full-blown eruption. Then again, it’s hard to say exactly how the city should be prepared when the threat is so unknowable and capricious. As retired professor Shigeo Aramaki told the German publication Deutsche Welle, “We simply do not know enough about volcanoes right now to make precise predictions about what is happening and what will happen in the future.”