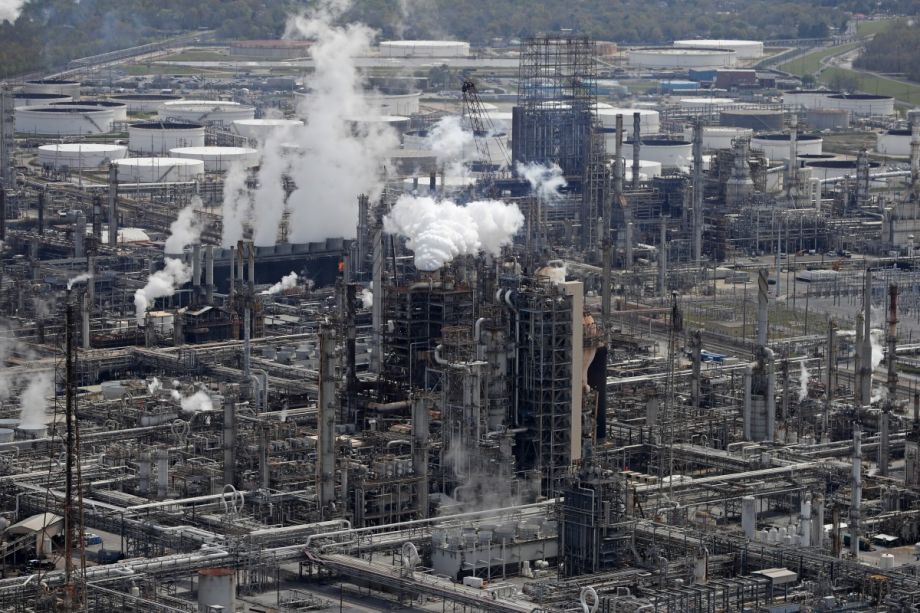 Oil refineries such as these dominate parts of the landscape in southern Louisiana, but many of them don't pay property taxes. (AP Photo/Gerald Herbert)

One of the biggest oil companies in the world came begging for a tax break last night in Baton Rouge, Louisiana. Baton Rouge said no.

As Charles Lussier reports for The Advocate, the East Baton Rouge Parish School Board on Thursday voted just before midnight to reject two controversial requests for industrial tax breaks from ExxonMobil, the biggest taxpayer in the parish.

“I am so happy. I hope this is the beginning of a new era of public funding and investing in my students,” said Mary Trigg, an art teacher at Sherwood Middle Academic Magnet School, according to The Advocate. “I’m excited that they will begin to have the resources they need for success. Yeah, democracy!”

While some cities and states have tweaked or ended tax incentive programs to protect schools or other local government services from losing out on funding as a result of such programs, it continues to be a widespread problem, as Next City has reported.

As the Advocate reports, “[Thursday evening’s] 5-4 vote marked a rare defeat for ExxonMobil, which has received hundreds of such tax exemptions via the decades-old Industrial Tax Exemption Program, or ITEP, and a big victory for critics of the program, including the faith-based group Together Baton Rouge and school employee groups, including the two teacher unions.”

In place for the last 80 years, Louisiana’s Industrial Tax Exemption Program relieved multinational corporations from having to pay — for up to 10 years — the property taxes that parish and municipal governments use to fund local services. But as a state program, the state approved exemptions without input from local officials — until last year, when the state finally tweaked the program so that local authorities have a 30-60 day window to approve or deny exemption requests. It was a major victory for activists and local governments across the state.

Together Louisiana, a coalition of faith-based groups and community activists, found that over a 10-year-period the tax exemptions cost municipal and parish (county) authorities more than $16 billion in property taxes that otherwise would have funded schools, law enforcement and other local services.

Last night was the third time East Baton Rouge Parish School Board held a vote on an industrial tax exemption, but only the first time it has denied one, according to The Advocate. ExxonMobil has also withdrawn two property tax exemption applications in the past year, citing local opposition.