Scammers No Longer Welcome to Target Immigrants in Philly – Next City

Scammers No Longer Welcome to Target Immigrants in Philly 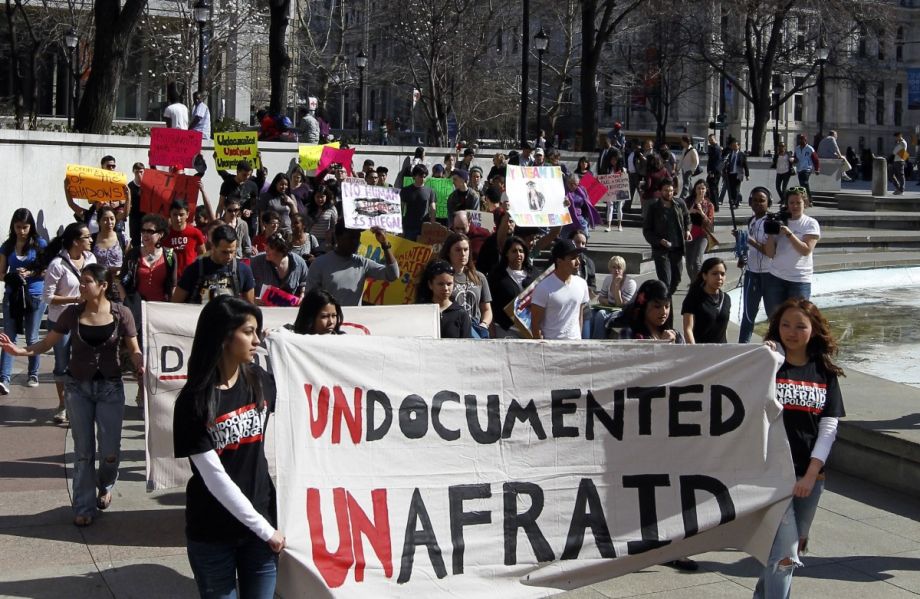 Immigration activists have praised President Obama’s Deferred Action executive order as easing the fears of millions worried about losing family members and friends to deportation. Nonetheless, it has led to one alarming, unintended consequence: an increase in immigration services fraud.

Scammers are grifting thousands of dollars from individuals and families newly motivated to make their residence in this country legal. They are taking advantage of widespread confusion about Deferred Action by making false promises to expedite the citizenship process, charging for documents available for free or offering other services they are not legally authorized to provide.

Next City’s feature, “How Michael Nutter Changed Philadelphia’s Immigration Status,” describes the strides the city has made in protecting immigrants from deportation. In even more welcoming news, Philly passed progressive legislation in December to cut down on the type of fraudulent activity often referred to as notario fraud.

In some Latin American countries, a person with the title notario publico has much broader legal authority than notary publics in America. Multiservice immigration consultants label themselves as notarios to trick clients into falsely thinking they can provide attorney-related services.

The legislation, put forward by Councilman-at-large Dennis O’Brien, establishes clear standards protecting immigrants from exploitation. The law will go into effect in June.

Her law project is primarily focused in the Latino community, but she’s aware of illegal immigrant services practitioners in Chinese, Haitian, African and other immigrant communities.

“I feel like this is an issue that fell between the cracks,” says Stine. “Experts in immigration law may not be experts in consumer law theories that are brought under state law. Consumer law advocates don’t necessarily have the immigration law background necessary to understand the scams.”

Stine and other immigration advocates worked with O’Brien’s office to craft the new ordinance, informed by a collection of victims’ stories.

“We embarked on crafting legislation so that we could have regulation over licensing, advertising, [transparency about] upfront fees, and guaranteeing copies of all of the work products that these immigration specialists prepare,” says O’Brien. Immigrant services practitioners will also have to distribute a brochure about consumer rights.

He says that some of these practitioners may have been licensed judges or lawyers in their home countries, but come then come to the United States and exploit the sense of authority they once wielded. Buzzfeed recently covered Ecuadorian “activist” Oswaldo Cabrera’s alleged fraud in California and New York following this model.

Philadelphia’s legislation is complaint-driven and enforced by the city’s Department of Licenses and Inspections, since the city does not have a consumer services bureau. There was some hesitancy about whether L&I is capable to provide meaningful enforcement, but Stine says that Friends of Farmworkers and others will be working with them and other stakeholders to create effective implementation strategies.

O’Brien says that the legislation also fosters a sense of trust and collaboration between local law enforcement, advocates, city officials, the District Attorney’s office and immigrant consumers: “I think the long-term benefit of this is you’re building a trust in the community where individuals can come forward [to complain]. So, when other things happen in the neighborhood they’ll feel confident giving information about violent crime and other crimes being committed in the neighborhood. That’s an opportunity to rebuild those communities in a constructive way.”

Chicago, New York City and New York State also have these types of ordinances, but O’Brien says none are as innovative as Philadelphia’s. He says that Atlanta is interested in following Philly’s model.

Stine says that this bill has raised awareness about this issue in the city, but it still will be an uphill battle to protect local consumers from notario fraud.

Other steps will have to include: meaningful enforcement by state and federal agencies, the provision of more affordable legal services, and education and outreach. She explains that the latter means, “going into communities and sending people who speak the language to build trust and educate consumers about how they go about finding the right type of immigration help.”