Santa Monica Looks at Relationship Between Happiness and City Policy 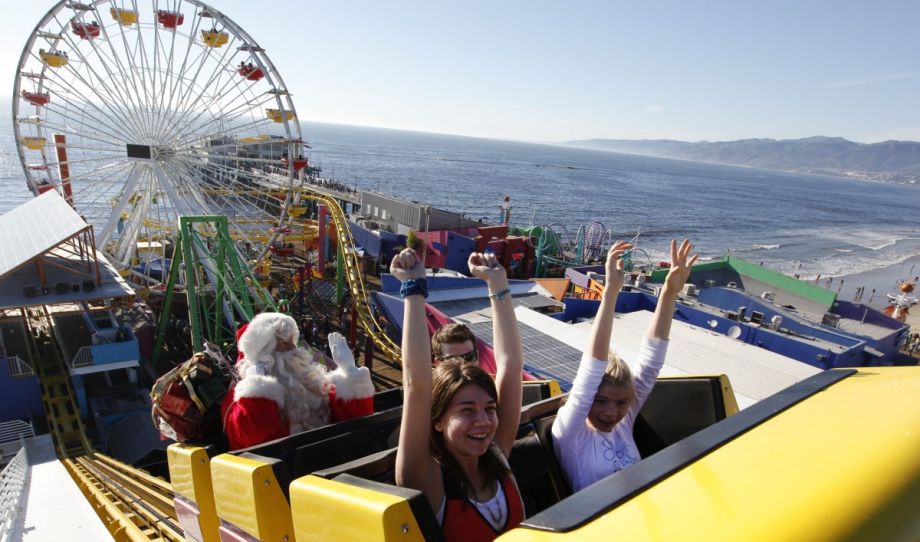 The residents of Santa Monica, California, are collectively happier than most Americans and about as happy as most Canadians (an impressive comparison, since Canada is statistically among the happiest countries in the world). But for all their optimism for the future and trust in their local communities, residents of the California city feel politically disenfranchised — only about 29 percent believe they have any say in local policy decisions.

Those findings come from the city’s newly released Wellbeing Index, which uses data to measure “community health and wellbeing” and will be mined to help officials prioritize policies and programs. The Index was originally created with grant money from the Bloomberg Philanthropies Mayors’ Challenge in 2013, and this is Santa Monica’s second take on the concept. Take two was “fine-tuned to increase usability including data disaggregated by race/ethnicity, age, gender, zip code, and other factors,” according to a release. The participation rate also doubled from the city’s first index.

Some findings that could potentially influence policy include the fact that, overall, residents trust their immediate neighbors, but feel like they don’t have a broader influence on city politics. Also, residents reported feeling worried about housing security and future job opportunities. Nearly half of residents (renters and homeowners included) spend 30 percent of their income on housing and 25 percent worry about paying their rent or mortgage. Parents are particularly worried that their children will not be able to continue living in the city on their own. See a breakdown with more statistics here.

As Rebecca Tuhus-Dubrow wrote for Next City in 2014, surveys like Santa Monica’s can be controversial: Some see the goal of making citizens happier local government’s main task, others see it as a wholly unsuitable role for public entities. But one city that has undertaken similar surveys, Somerville, Massachusetts, has made some significant policy changes in response. Local government rolled out a more extensive zero-sort citywide recycling program, allocated more resources to the Traffic and Parking Department, and began to invest more in infrastructure in one of the city’s less advantaged (and less happy) parts of town.

“One of the biggest lessons is just how nebulous a concept happiness is and how difficult it really is to influence through policy,” he said. “One of the things we’ve learned is that it’s easier to measure than manage happiness.”

Like its citizenry, however, Santa Monica leaders seem optimistic about their future — and the place of the survey within it.

“Overall, we’re in good health, feel engaged in our neighborhoods and are happy most of the time,” Mayor Ted Winterer said in a statement. “But there are clear areas of disparity, and the overall strength of a community is measured by its ability to help all members thrive, including its most vulnerable members. The latest Wellbeing Index tells us that we have work to do and we want to enlist the entire community in bridging these gaps.”