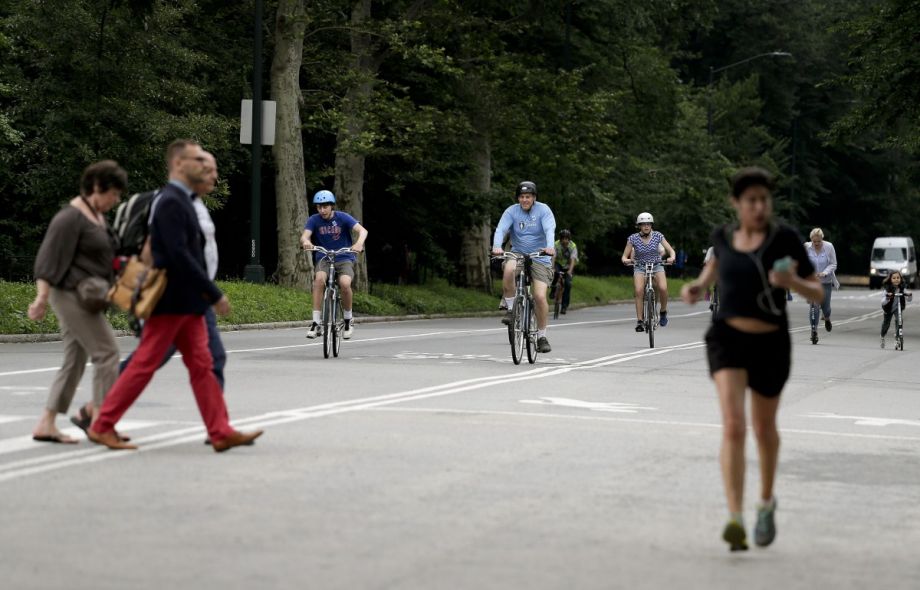 As more U.S. cities adopt Vision Zero plans and adapt to become more bike and pedestrian friendly, so are they closing down their streets to cars. While the country might have a long way to go to get to the car-free center city Dublin is planning, walkability and cycling advocates continue to score wins for a more balanced use of our urban streets. With worries about traffic congestion and safety on the increase, perhaps the “war on cars” really is winnable.

This fall, the City of San Jose and Silicon Valley Bike Coalition will close off six miles of streets from cars — leaving the road open for biking, walking, playing and skating. The inaugural “Viva CalleSJ,” announced this week, will take place on October 11th.

San Jose is joining a number of other cities that have already hosted open streets events, including Los Angeles, Guadalajara, Mexico, and Bogota, Colombia.

“These events promote and encourage people to replace daily car trips with bicycling, walking and public transportation, which is an integral part of our mission,” said Shiloh Ballard, executive director for the Silicon Valley Bicycle Coalition, in a press release.

With street vendors and performers on the scene, the open roads will also give people an opportunity to better explore neighborhoods and local businesses.

“Viva CalleSJ will convert San José’s streets into a vibrant paved park where families can bike, walk or skate in areas they would normally drive through,” said San José Mayor Sam Liccardo. “They will be given the chance to explore these wonderful neighborhoods and discover local businesses while improving their mental and physical health.”

On the East Coast, New York Mayor Bill de Blasio announced this week that he will close large parts of Prospect Park and Central Park to vehicles on weekdays. (The sections are already closed to cars on the weekends.) The New York Times reports:

“We’re creating safe zones for kids to play in, for bikers, for joggers, for everyone to know that they will be safer and they can enjoy the park in peace,” de Blasio said in a press conference.

The mayor’s office said the changes were made only after traffic studies showed they would not exacerbate travel times or congestion in Midtown Manhattan, near Central Park, or in Brooklyn neighborhoods near Prospect Park. The change in Central Park will take effect on June 29, and in Prospect Park on July 6.

Cars will be banned on park drives north of 72nd Street in Central Park, which are now open to traffic during certain morning and afternoon rush hours on weekdays. Drivers cherish the meandering shortcuts to and from Midtown, but many bicyclists and pedestrians say those are the very hours they are trying to use the roadways for exercise or travel.